North Korea's apparent stance on marijuana may surprise you.

According to multiple reports from defectors, visitors and experts, North Korea either has no law against the sale and consumption of weed, or it has a law that is largely unenforced.

Just last week, a 29-year-old freelance writer from England wrote an account on his blog explaining how he purchased a grocery bag full of weed at an indoor market in rural North Korea and smoked it with impunity both at outdoor parks and monuments, as well as in restaurants and bars.

The writer, Darmon Richter, who lives in Bulgaria, also described how the group's regime-appointed "minder" smoked the marijuana with him and his fellow tourists. Ritcher told The Huffington Post the guide said weed is legal in North Korea. 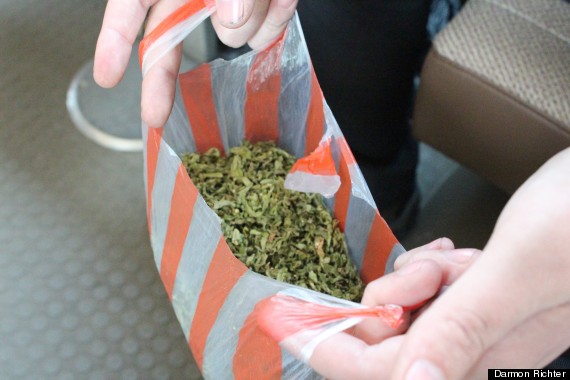 Bag of pot that journalist Darmon Richter bought at a market in Rason, North Korea, for about 80 cents.

Of course, just because a group of tourists does it, doesn't mean it's legal for North Korean citizens to do it. But other reports seem to substantiate the notion that pot in The Hermit Kingdom is not criminalized or even frowned upon.

A 2010 report by Open Radio for North Korea, an American nongovernmental organization based in Seoul, cited an anonymous North Korean source as saying that Kim Jong Un's regime does not consider marijuana to be a drug.

Experts speaking to HuffPost also explained that it's unknown whether the drug is technically outlawed, but in practice, the regime doesn't appear to take issue with it.

"Cannabis grows wildly in North Korea and has even been sold abroad by government agencies as a way to earn foreign currency," said Sokeel Park, the director of research and strategy at Liberty In North Korea, a California-based human rights group that provides protection and aid to North Korean escapees.

"It's not clear what the official law on the books states, but in any case, marijuana, which is known as 'yoksam' in North Korea, is not prioritized by the government and is therefore not treated as an illegal drug," Park continued.

"With regards to marijuana in North Korea, it's as good as legal - there's no great stigma about it, nor does it have the sort of fetish that surrounds it in the West, which probably stems from its illegal status here," explained Shirley Lee, the international editor of New Focus International, a news site that has a network of sources in the defector community and within North Korea itself. 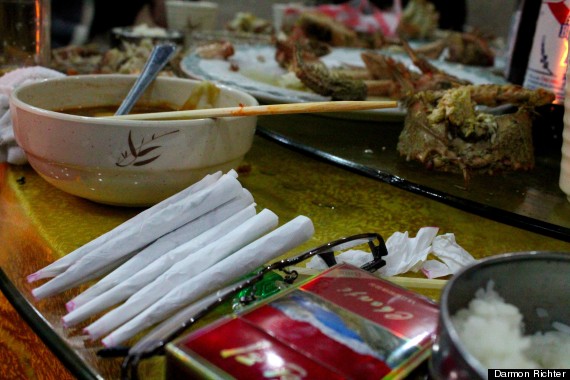 Freelance writer Darmon Richter took this photo at a North Korean restaurant in the northern town of Rason, where he and his fellow tourists smoked "joint after joint," yet the waitress "didn't seem to mind."

Last year on the social news site Reddit, an American consultant who said he has traveled to North Korea every year since 2008, said while he was in North Korea, he and his group came across North Korean citizens growing marijuana in small gardens. Weed in North Korea, the consultant wrote, seemed to be used mostly "as a medicine."

"The drug is especially popular among the lower classes of North Korean society. After a day of hard manual labor, it is common for North Korean workers to smoke marijuana as a way to relax and soothe tight or sore muscles," wrote Vice reporter Ben Tool, citing North Korean sources.

Some might argue that North Korea appears to have a far more liberal policy toward marijuana than the United States does.

In the last year alone, police in the U.S. made a marijuana-related arrest every 42 seconds, according to US News and World Report. The country also spends around $3.6 billion a year enforcing marijuana law, the American Civil Liberties Union notes.

However, it should be noted that little is known about marijuana-related prosecutions, if any, in North Korea.

When It Comes To Marijuana, North Korea Appears To Have Liberal Policy Of Tolerance
North Korea Puts On Arirang Games 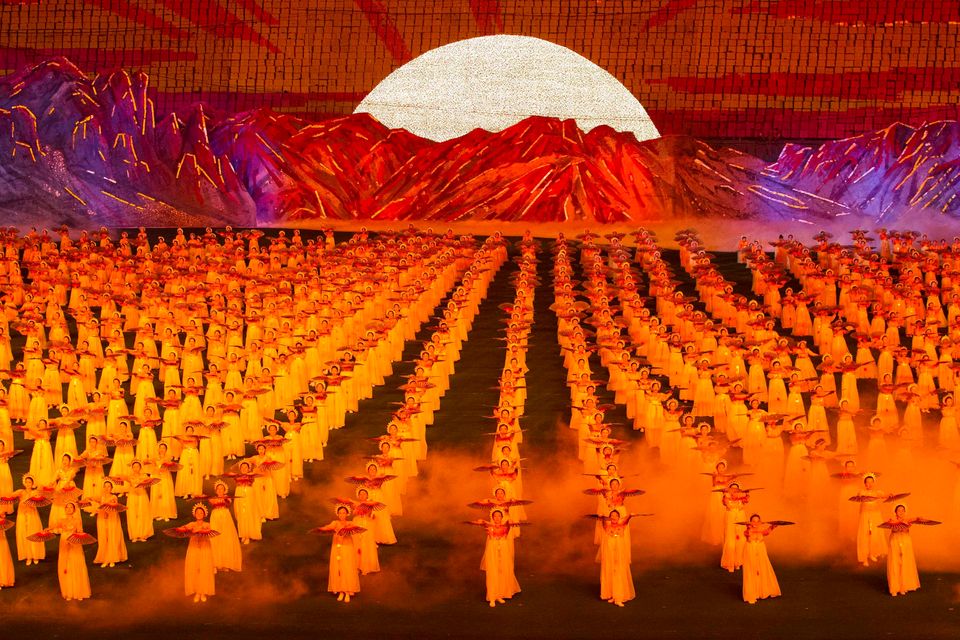