"Hello?" I warily answered a call from an unknown number as I left a lecture I had just delivered on youth and marijuana policies. "Have you ever smoked pot?" came the voice of a reporter who had just taken one of my business cards. I sat in my car speechless. I wasn't sure how to answer. It's a darned if you do, darned if you don't question, so I simply said, "I don't feel comfortable answering that question as the research I presented is objective and based in science."

Marijuana policy is a gray area, one where even the most revered researchers are hesitant to respond to simple questions. The media often needs a soundbite, but this topic deserves a textbook--and if one were written today it would conclude with, "we don't have the answers yet."

Questions surrounding marijuana - often described as a "benign" drug - have haunted me for years. July marks the sixteenth anniversary of my 18-year-old brother's death to suicide after years of substance use, which started "innocently" with marijuana. His death left a thousand unanswered questions, which is exactly how I feel when people ask my thoughts on marijuana liberalization policies. So many questions, not many answers.

Policies on addictive substances are complicated, and the lack of concrete answers only complicates things further. When science better understands substance use we can implement safety measures to minimize preventable death, disability and illness. Dr. Nora Volkow, director of the National Institute of Drug Abuse and colleagues, states concern that the normalization of cannabis is occurring with "worrisome disregard for scientific evidence, gaps in knowledge, or the possibility of unintended consequences (Volkow et al., 2016)." This is a consequence of our political system, which too often passes laws riding waves of emotion.

I receive a lot of questions about how to vote at the ballot box, but I am hesitant to discuss this topic in casual conversations because it is politicized and no matter whom I talk with, there is vehement passion for either side of the debate. There is anecdotal and research evidence for both sides and from varying disciplines. Not to mention the theoretical discussions, which is where my fascination arises. I'm a social scientist; I love gray matter.

The policy options fall along a spectrum, from the prohibition that until recently was the nation-wide norm, to full commercial legalization, as in Colorado. Policies generally fall into three camps: decriminalization, medical marijuana legalization, and recreational legalization. In reality, it is far from that simple, since policies vary so drastically state-to-state. We're quite literally comparing apples to THC-infused gummy-bears.

We need at least 10 more years of political digestion and research to understand the implications of these policies.

Saying that, this wave of liberalization is upon us, and although there may be ways of slowing it, I don't see it stopping. With so much at stake, I hope future policies are written with less appeal to popular emotion and with more scientific insight.

The rationalist in me thinks a compromise would allow recreational use for law-abiding adults with provisions to deter abuse, and permit medical use for patients suffering from specified conditions. I am hesitant of commercialism, which relies on heavy, lifelong users to be profitable, as the tobacco and alcohol industries do, and believe we should tread with severe caution. However, I fully believe policy makers should exchange life-changing criminal offenses with civil fines for first time possession offenses, especially for youth, and change the status of marijuana under federal law so more research can be done on the potential medicinal benefits of cannabinoid compounds.

I believe any state interested in enacting similar policies should start conservatively, so policy can be tightly regulated and enforced to limit many of the loopholes we've already seen and prevent large manufacturers from monopolizing the market. These processes should inhibit price decreases and prevent commercialization, which could increase youth access and heavy or problematic use for all ages. We need to allow the public health and safety sectors adequate time to adapt. I'd be lying if I said I wasn't terrified of "Big Tobacco's" sequel: The Marijuana Files.

I have been so focused on evaluating these questions objectively that when I do think about it subjectively, I wish I told the reporter I grew up in a town where marijuana was widely accepted and used liberally by youth and adults alike. The town refused to acknowledge it, and thus, did not prevent it.

Yes, I tried marijuana recreationally in high school and again in college, but neither time found it appealing. Although the majority of marijuana use in my town was likely recreational, my brother's was not, and he did not make it to adulthood. I am writing 16 years later, a sister who still grieves my brother's preventable death, a mother who worries about my daughter's future and a researcher who, despite all subjective reasons to be wary, believes in the science--and right now, the science does not know. 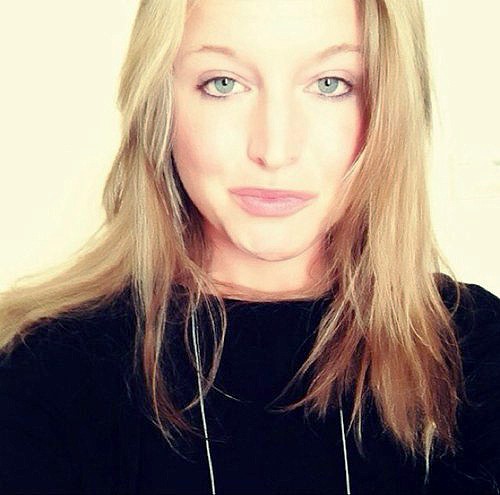 Julie Johnson completed her PhD at The Heller School of Social Policy and Management at Brandeis University and is currently an associate investigator at Boston Children's Hospital Center for Adolescent Substance Abuse Research (CeASAR). She resides in Duxbury, Mass. with her husband, daughter and two dogs. Follow her on Twitter: @juliekjohnson or openletterstomydaughter.com.

For additional reading on this topic, the author recommends Marijuana Legalization: What Everyone Needs to Know, coauthored by Jonathan P. Caulkins, Bea Kilmer, and A.R. Kleiman.