Justin Turley has suffered from cirrhosis, a degenerative liver disorder that keeps him in near-constant pain, for 13 years. Shortly after his diagnosis, frustrated by the side effects of pharmaceutical medications he said turned him into a "zombie," he started using medical marijuana to treat his symptoms.

"I was able to eat again; I could deal with the pain and not have to be completely removed from social situations," the San Diego resident told The Huffington Post. "It helped me alleviate my problems without all the complications."

Turley's doctor told him that he would eventually need a liver transplant in order to survive, so he scheduled an appointment at University of California San Diego Medical Center to learn more. There, he unabashedly told the physician evaluating him that he used medical marijuana in accordance with California's state law, which passed in 1996. She replied that as long as he continued to use cannabis, he would be kept off the transplant list.

"I volunteered the information," Turley said, adding that the doctor who wrote his medical marijuana recommendation had lectured at UCSD in the past about using cannabis to treat pain. "I didn't realize this was a taboo subject. I'm a legal patient." 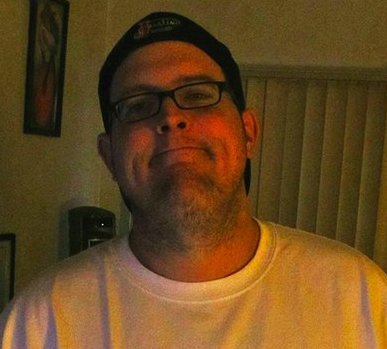 Justin Turley was told he would be kept off the list for a liver transplant as long as he continues to use marijuana.

Turley is one of what advocacy group Americans for Safe Access estimates to be hundreds of medical marijuana patients throughout California being denied organ transplants that could save their lives. But that may soon change. Earlier this month, Assemblymember Marc Levine (D) introduced legislation that would explicitly protect these patients from being kept off transplant lists because of their cannabis use.

"It's incredibly unfair that people who are following the rules, who are deathly ill and trying to relieve their symptoms, are suddenly denied an organ transplant," Levine said. "There's no medical reason why these patients should be stigmatized or denied a life-saving opportunity."

Six other states where medical marijuana is permitted have adopted laws that protect transplant-seeking patients from discrimination because they treat their symptoms with cannabis. Similarly, Levine's bill would expand an existing California law, which states that officials can't use mental or physical disabilities to determine a patient's eligibility for receiving an organ transplant, by adding medical marijuana use to the list of protections.

"There are uniform policies in place surrounding organ transplants, and these policies predate medical marijuana," said Don Duncan, the director of the California chapter of Americans for Safe Access. "It's not a drug issue; it's an access to health care issue. More people will live if we pass this law."

Because there's no official law on the books, hospitals and medical centers in California are left to their own devices when it comes to writing and implementing policies that affect patients who use medical marijuana. Doctors at UCSD, for example, have repeatedly denied Turley's requests to be added to the liver transplant waiting list, and never elaborated as to their reasoning.

Tim Garon was a Seattle cancer patient who died in 2008 after being denied a liver transplant because he was using medical marijuana.

"It's like talking to a brick wall," Turley said. UCSD did not respond to HuffPost's inquiries as to whether the hospital has specific rules about medical marijuana and organ transplants.

These ambiguous policies often appear to contradict one another. Norman Smith, a liver cancer patient who died in 2012, was removed from the transplant list at Cedars-Sinai Medical Center in Los Angeles after testing positive for pot. The oncologist who wrote Smith's medical marijuana recommendation also worked at Cedars-Sinai.

"There was a total disagreement because of existing protocol," Smith said in a video uploaded to YouTube in 2011. "There's definitively a rift in thinking between the two departments."

Smith is not the only medical marijuana user to die after being denied an organ transplant. Seattle resident Tim Garon died in 2008 after the University of Washington Medical Center refused to put him on the waiting list for a liver transplant, and a year later, Kimberly Reyes died at Hilo Hospital in Hawaii for the same reason. While Washington has since adopted laws protecting medical marijuana patients who need transplants, Hawaii has not.

Late last year, the California Medical Association, a coalition of physicians throughout the state, adopted a non-binding resolution in favor of allowing marijuana patients to receive transplants. Yami Bolanos, a cancer survivor and medical cannabis patient who has lobbied extensively in favor of Levine's bill, said that, although the group's resolution was largely symbolic, she views it as an important first step. 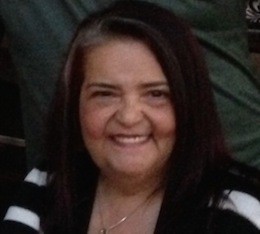 Yami Bolanos has lobbied in favor of Levine's bill.

"I hope that lawmakers will be smart and compassionate enough to know that this is a no-brainer," she said. "Too many people's lives are at stake."

Bolanos, who also suffers from liver cirrhosis, underwent a successful transplant 19 years ago and started using medical marijuana to treat symptoms that cropped up during her recovery period. "For four years I laid in bed, withering in pain," she said, adding that she finally allowed herself to smoke a joint after exhausting other treatment options. "It was the first time I had any real relief in a long time. It reminded me of when my mother would rub the bottom of my feet when I had cramps as a child."

Levine's measure could be up for a vote in California's Assembly as early as June. Levine said he hopes it will be signed into law by next January.

Until then, patients like Bolanos and Turley have no plans to stop using marijuana. "If my situation ever became more dire, I would reconsider," Turley said. "But in the meantime, my quality of life is so much better."

"I made my choice, and I won't go back to what it was like before," said Bolanos, who was told after her first transplant that she may eventually need another one in order to survive. "I'm not going to go out in pain. I won't go out like a whimpering dog."

Turley added that his entire life would change should the legislation pass. "Just even mentioning it makes me feel reinvigorated," he said. "It would be like years of darkness suddenly became day."

UPDATE: In a statement emailed to HuffPost Wednesday afternoon, Jacqueline Carr, the director of communications for UCSD Health Sciences, said that medical marijuana usage "is not an absolute contraindication to liver transplantation at UC San Diego."

"The decision to accept or decline a patient for liver transplant listing is arrived upon after a thorough assessment involving transplant hepatologists, surgeons, nurse coordinators, social workers, and psychologists," Carr added. "Medical marijuana as prescribed by a physician in consultation with the transplant team is never the sole reason for a patient to be declined for transplant listing."