The Secure Communities program, implemented by Immigration and Customs Enforcement in October 2008, was intended to identify and deport immigrants who commit serious crimes and pose a danger to communities.

But critics of the program have long argued that it has expanded its focus beyond the most serious offenders to include those convicted of minor offenses, such as traffic and immigration violations.

Among all drug offenses that have provided the basis for deportations, marijuana possession has been the most common charge. An average of about 41,000 people with drug offenses on their records were deported each fiscal year between the 2008 and 2013, according to an analysis of deportation records by the Transactional Records Access Clearinghouse at Syracuse University.

For about 6,770 of those deported in fiscal year 2013, the most serious violation on their record was marijuana possession.

In April of last year, the Supreme Court ruled that minor marijuana offenses should not result in automatic deportation without a chance to contest the person's removal. Justice Sonia Sotomayor stated in her majority opinion, however, that the ruling merely took automatic deportation off the table, and did not rule out the possibility of deportation for such offenses entirely. 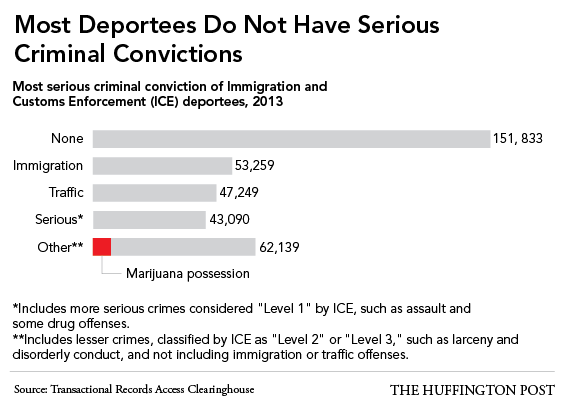 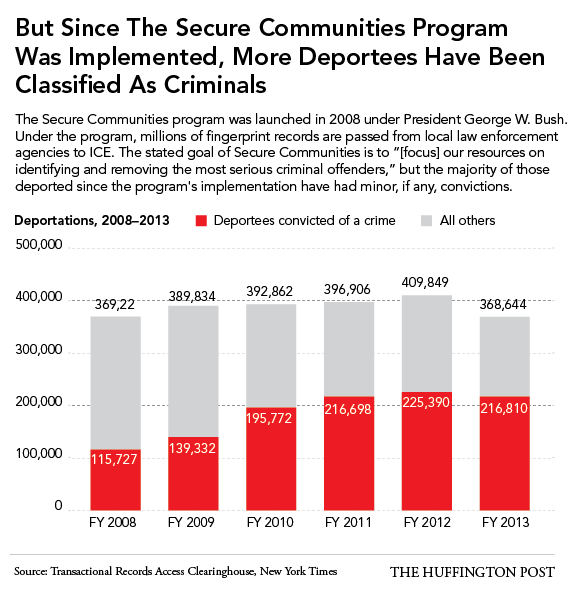 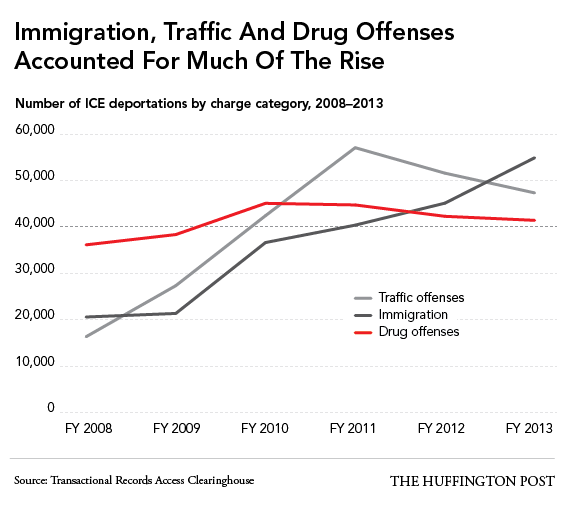 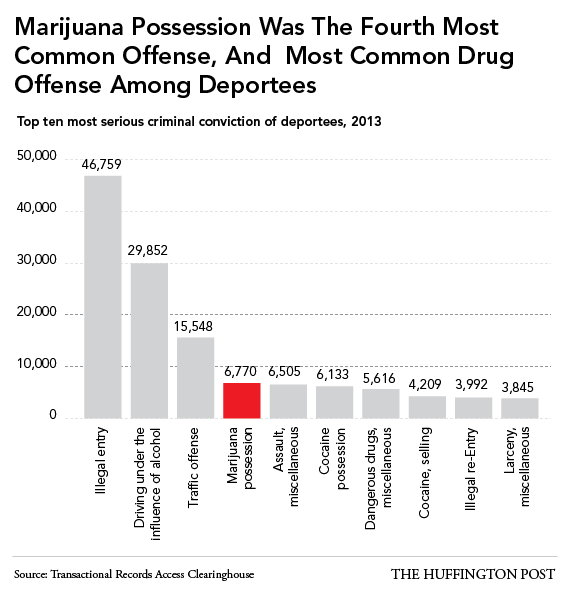 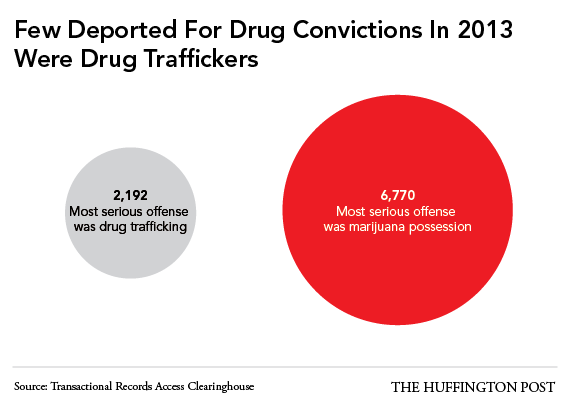