America's war on drugs seems to be in disarray, with federal and state laws governing the use of illicit substances increasingly at odds--especially when it comes to marijuana.

Federal law has long classified marijuana as a Schedule I controlled substance under the Controlled Substances Act, meaning the federal authorities have concluded that marijuana, along with other Schedule I drugs, meets three specific criteria: potential for abuse, no approved medical use, and a lack of accepted safety for use even under medical supervision.

Some state laws suggest marijuana doesn't meet that criteria. Under state laws, marijuana use has been permitted for sale as a prescribed remedy by 17 states and Washington, D.C., and a few states have decriminalized possession offenses for small amounts.

So, here lies the disaccord: "we’re moving toward a point where about a third of the population will be living in states where some medical use of marijuana is permitted even though it is still prohibited by the federal government," Dr. Sam Kamin, professor at the University of Denver's Sturm College of Law, told The Huffington Post. "That tension can’t go on."

That sums up what federal and state laws say about marijuana--but what does the science say? As you might expect, it's complicated. But here's how some leading experts and recent research help shed light on the drug and its place in U.S. laws:

With any substance of abuse there's a risk of addiction, Dr. Stefan G. Kertesz, associate professor at the University of Alabama at Birmingham School of Medicine, told The Huffington Post in an e-mail.

"Abuse is repeated use of a substance despite harm in your life, failure to fulfill major obligations, using the drug in dangerous situations, or using it in ways that cause relationship and legal problems," he said. "Does everyone who uses a drug wind up qualifying as 'abusing' or 'dependent' on that drug? No, but the risk is there."

Measuring how many people are addicted to a specific substance depends a lot on the method of study, he added. But research has shown that about 9 percent of people who use marijuana may become dependent, according to the National Institute on Drug Abuse. Meanwhile, about 32 percent of tobacco users become addicted and 15 percent of alcohol users, Psychology Today reported.

"The medical literature is clear--marijuana is absolutely addictive," Dr. Eric Voth, chairman of the Institute on Global Drug Policy and practicing internal medicine and pain medicine specialist, told The Huffington Post. "What makes it a little different is it’s a very long-acting substance… so if you compare it to cocaine or heroin those are drugs that if you stop you’ll very quickly have withdrawal symptoms. With marijuana you don’t undergo withdrawal so quickly."

Marijuana is not an approved medicine under the Food and Drug Administration’s scientific review process, meaning the agency has found no scientific support for the drug's potential medical use. Interestingly, the FDA suggests that while smoked marijuana is not medicine, marinol has been legal and approved since 1985. Marinol contains synthetic THC in a capsule form, and often is used to relieve nausea and vomiting. The drug probably, possibly, maybe could be classified as "medical marijuana"—but let's not go there.

Many studies have shown that cannabis itself may benefit patients by helping manage pain, appetite and nausea—cannabinoids, such as THC, which are compounds derived from the cannabis plant, actually target those areas of the brain in control of such sensations.

Dr. Kertesz served as the senior author of a study published earlier this year in the Journal of the American Medical Association that found marijuana smoke to be not as damaging as cigarette smoke, and occasional marijuana use is actually associated with increases in lung capacity—a good thing.

"We think that likely is a result of how the way people smoke marijuana effectively trains them to do a bit better on the breathing test, practicing long breaths, holding it," Dr. Kertesz told The Huffington Post. "We don't agree with the surfers from Hawaii who think that smoking actually improves their ability to hold their breath under water."

In the U.S., there were 4.9 million drug-related emergency room visits in 2010, according to the Drug Abuse Warning Network. About 750,000 involved alcohol, while 461,028 involved marijuana.

A study published this year in the British Medical Journal found acute marijuana use was associated with an increased risk of a motor vehicle crash, especially for fatal collisions, Dr. Kertesz mentioned.

When looking at public safety, "there probably is a link between marijuana use and crime," Kamin said. "But it’s hard to see how much of that is attributable to the fact that marijuana is illegal."

He added that the consequence of marijuana’s prohibition turns it into a cash business, basically driving it underground, breeding that criminal element.

"There’s no question at all that with our laws as they are now marijuana is connected with crime," Rebecca Lonergan, a former federal prosecutor and associate professor at the University Of Southern California Gould School of Law, told The Huffington Post. "Because it’s the cartels who grow it, market it, make money off of it... The trafficking of marijuana is clearly linked with criminality, but it's chicken or the egg because if marijuana was not illegal would it be linked with crime? It's hard to say."

She said that marijuana's inflated cost possibly could motivate crime such as burglary or robbery--but she added such incidents are more commonly associated with "harder" drugs, such as crack and cocaine and methamphetamine.

The Arrestee Drug Abuse Monitoring report released in 2010 found that more than 40 percent of arrestees tested positive for marijuana.

“I don’t have a strong position," Kamin said. "It’s clear that we spend a lot of money enforcing marijuana prohibition. We put a lot of people in jail, spending time, money and energy on policing, prosecuting, and imprisoning people. There’s probably a downside to marijuana legalization too. It might mean more people and kids use marijuana and some people might be using more serious drugs as a result... there can be other options, it doesn't have to be all or nothing."

To really answer that question--does it make sense to outlaw marijuana?--Lonergan suggested more research studying marijuana's risks compared to other Schedule I substances is needed.

"I wish that debate was still being a little bit interwoven with this and people were thinking about this a little more rationally and less emotionally," Lonergan said. "Is there some middle ground and compromise?"

HuffPost Live will be taking a comprehensive look at America’s failed war on drugs August 28th and September 4th from 12-4 p.m. ET and 6-10 p.m. ET. Click here to check it out -- and join the conversation. 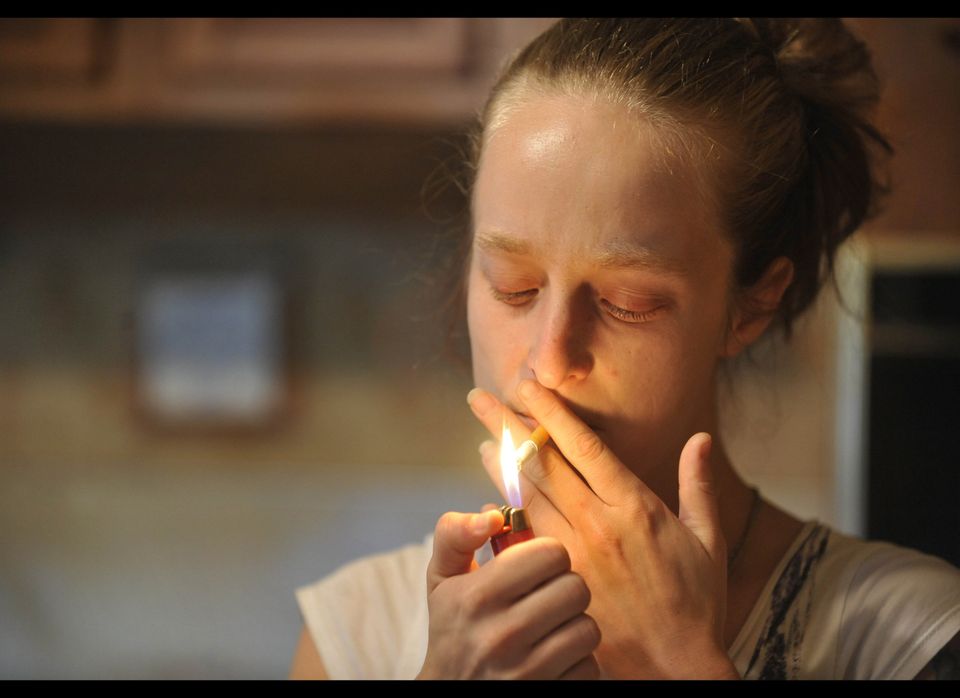