Landmark legislation in Uruguay is set to make the country the first in the world to create a state-run marijuana industry — fixing the price at a point low enough to squeeze the black market and allowing the government to control cultivation and distribution. The bill has the backing of President José Mujica, who has dismissed charges that legalizing marijuana could lead people to try harder drugs.

"It's actually the opposite," he told CNN. "People seek crack and other more dangerous poisons when they have no access to marijuana." Whether the government becomes a major dealer may depend on the price and quality of the weed, which people would be allowed to grow for themselves.

Uruguay is the first country to announce plans to nationalize the pot business, but there are plenty of other places where you can smoke freely. Marijuana is not classified as a drug in North Korea, where smoking it is a popular way for soldiers and manual laborers to wind down after a long day. Possessing small amounts for personal use has been decriminalized in many European and South American countries, and the policies have been shown to have little impact on drug use. After Portugal eliminated criminal penalties for drug users in 2001, shifting resources from law enforcement to drug prevention and rehabilitation programs, a number of metrics (see infographic for details) pointed to the experiment's success.

Marijuana remains illegal at the federal level in the U.S., and President Obama does not support any changes to the law "at this point." His administration has already spent about $300 million targeting medical marijuana. 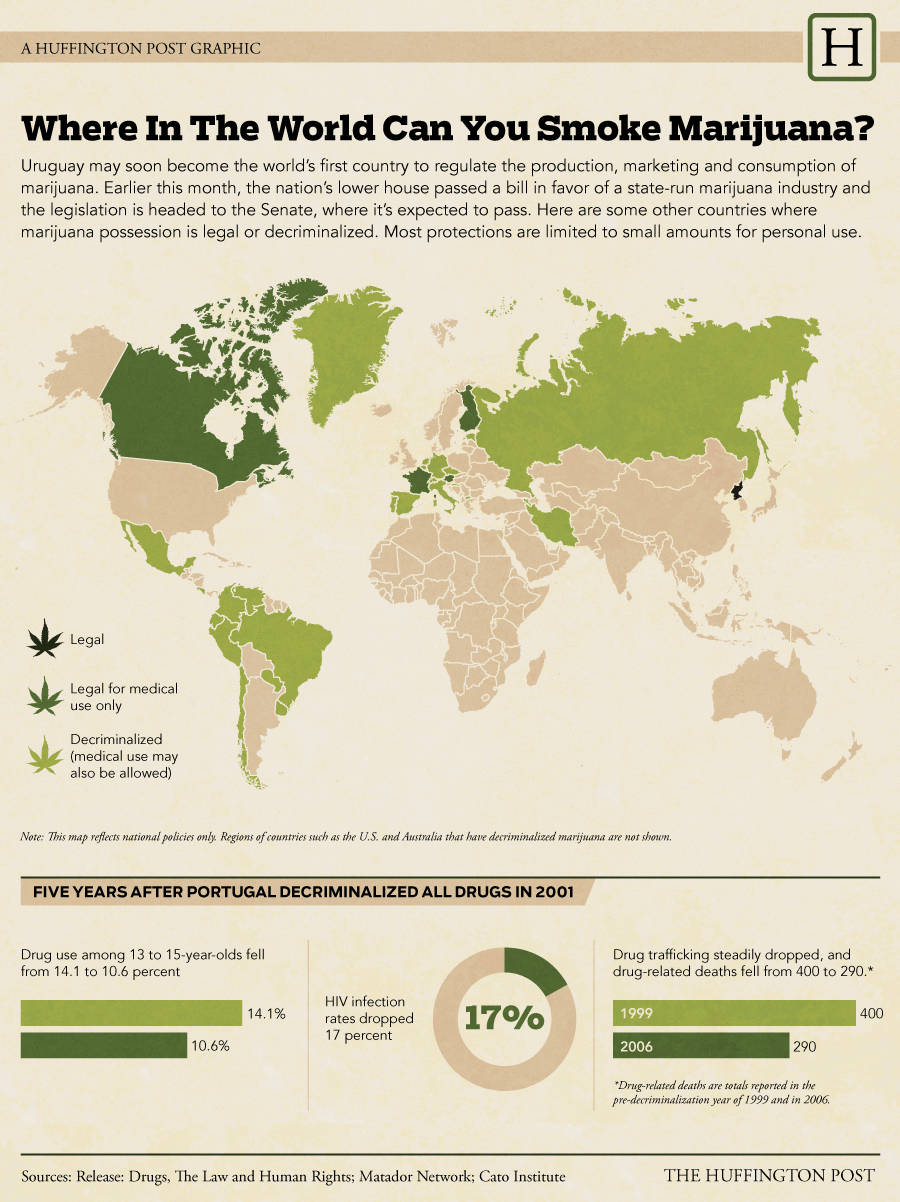 This story appears in Issue 68 of our weekly iPad magazine, Huffington, available Friday, Sept. 27 in the iTunes App store.