(Reuters) - A woman notorious for sneaking onto commercial airline flights was arrested at Chicago O'Hare International Airport late last month after she was found in a restricted area without a ticket, police said on Tuesday.

Marilyn Hartman, 64, was taken into custody on April 24 after police determined that she had no ticket and no official business or reason to be in the terminal, said Officer Barri Lemmon of the Chicago Police Department.

Hartman, who had been observed loitering near a ticket counter in the airport's international terminal, was charged with misdemeanor criminal trespass and ordered to appear in court on May 29, Lemmon said.

Hartman, a retired legal secretary, has gained national attention for hanging around airports without tickets and attempting to board flights.

She has been arrested multiple times and sentenced to jail including last year in California after sneaking onto a Southwest Airlines flight from San Jose to Los Angeles.

PHOTO GALLERY
10 Most High-Tech Airports in the U.S. 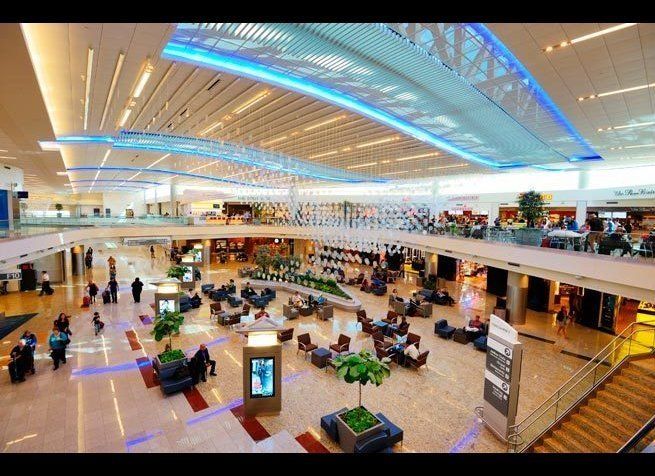 1 / 10
HARTSFIELD-JACKSON ATLANTA INTERNATIONAL AIRPORT
<em>Photo Credit: Sepavo | Dreamstime.com</em> As the country’s busiest and largest airport, the <a href="http://www.atlanta-airport.com/" target="_hplink">Hartsfield–Jackson Atlanta International Airport </a>delivers a high-tech experience to match its size. Of high importance in the digital age, access to outlets is plentiful and robust in the airport’s gates, primarily led by Delta’s initiative to install free-standing charging stations with multiple electrical outlets and USB ports, averaging a high 8.1 outlets per gate in the airport. The airport also provides more than 200 powered workspaces allowing passengers to recharge on the go. Recent advancements in high-tech marketing incorporate QR codes on advertisements throughout the airport, rewarding customers who scan the codes with special promotions and discounts in the airport’s shops and restaurants. WiFi: Free. Plan Your Trip: Visit <a href="http://www.fodors.com/world/north-america/usa/georgia/atlanta/" target="_hplink">Fodor’s Atlanta Guide</a>