Marilyn Manson looked unrecognizable on the set of HBO's "Eastbound & Down" when he went without his typical full face of makeup.

Fans might have been tipped off to Manson's appearance in Season 4 of the series since he stopped by the Hollywood premiere on Sept. 27. 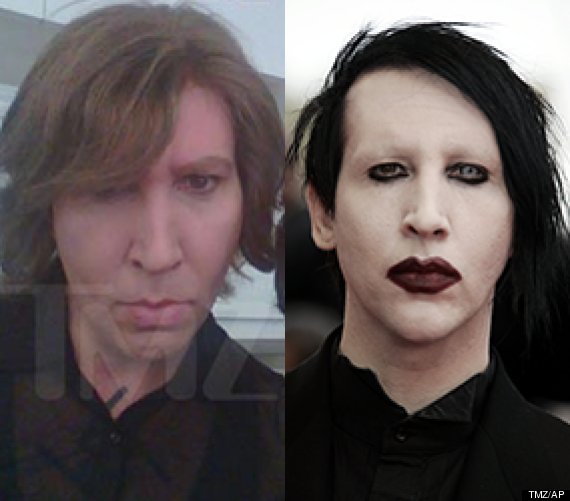 The 44-year-old is known to be a fan of the series.

"Yeah, Marilyn Manson, he's f---ing obsessed with the show. He goes so far as to dress up like Kenny," director David Gordon Green told MTV News back in 2010, referring to the show's main character, played by Danny McBride.

"He just walks around dressed like this and f---s with people on the street," director Adam Bhala Lough added. "If a waiter or valet tells him, 'Have a nice day,' he'll respond, 'Don't tell me what to do.' Stuff like that. He's even dressed like this when I'm at his house watching Béatrice Dalle films and 'Hoarders.'"

Looks like the singer managed to make his "Eastbound" dreams come true.

Lindsay Lohan also nailed an "Eastbound & Down" guest role, which was announced back in August. It's unclear when either of the episodes will air.