Marilyn Manson has never been one to disappoint when it comes to making horrifically dark and gory music videos. The controversial musician released his latest for "No Reflection," the first single off his upcoming album Born Villain.

In the dimly lit and fuzzy video, Manson hosts a dinner party for five girls in pale white dresses. The oddly normal scene around the table is quickly broken up by raunchy two-second glimpses of the girls dancing with dresses teasingly pulled up and cuts to Manson and his band playing in a flooded room. While singing, Manson sports smudged red lipstick reminiscent of Heath Ledger's Joker, but shows off a uncharacteristically clean face at the dinner table that makes him almost unrecognizable.

With Manson at the head of the table, the dinner starts off as usual -- wine is poured and food is served. All seems well and ordinary, until the girls clink their glasses and take big gulps, finding that their drinks have been poisoned.

At this point, Manson blocks the only exit with a wooden plank as things start to get a little creepy. Mason leads the girls in prayer as they hold hands around the table, which rises up into the air as flames spark in the kitchen. Fire and brimstone!

Eerily, black blood pours from one of the girl's mouths onto the floor, while others are driven mad and violently smash lamps, dishes and each other in slow motion.

When only one girl remains, Manson, with teary eyes, kisses her then drowns her in the toilet.

Manson partnered with Lukas Ettlin again to direct the video; Mason previously worked with Ettlin on his video for "Personal Jesus."

For Born Villain, which will be released at the end of the month, Manson is reportedly returning to his roots, before he made records.

"The new record, put simply, has the ambition and determination of how I started making music in the first place. It sounds like the first record in that it's not afraid to do anything. I had to remove myself from my lifestyle and start fresh," Manson said in a statement. "I think this will probably be the grandest concept record of all."

Check out the full video above and let us know in the comments section how you think it measures up to his past records.

Scenes From "No Reflection" 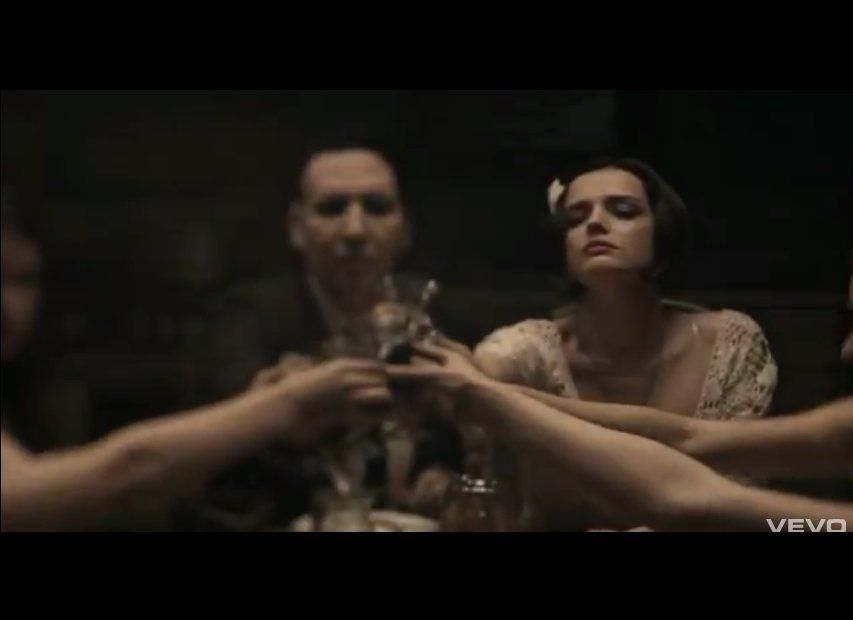