Between inventing pin-up photography, earning the nickname "Bernard of Hollywood" and discovering Marilyn Monroe, Bruno Bernard may just be the world's most famous photographer.

In her new book "Marilyn: Intimate Exposures," Bernard's daughter, former Playboy Playmate Susan Bernard, has released a collection of her father's most famous photographs of the one and only Marilyn Monroe--including 40 never-before-seen shots.

In the collection are the first professional photographs ever taken of Monroe (then named Norma Jean Dougherty), intimate backstage shots throughout her career, original negatives, Bernard's work notes and letters from Monroe to Bernard, including one reading, "Remember Bernie, you started it all."

Bernard is presenting the collection at the San Francisco Art Exchange for its United States premiere during the 50th anniversary commemoration of Monroe's death.

"I chose San Francisco for two reasons," said Susan Bernard about the exhibition to The Huffington Post. "First, because this is where Marilyn was her happiest. And second, because when my father escaped from Nazi Germany, he came to San Francisco. He'd seen the film "San Francisco" with Clark Gable and was so inspired that he had to come here. I wouldn't think of holding this special exhibition on this special weekend anywhere else."

Bernard revealed the collection at a reception over the weekend, and the photos are now on display at San Francisco Art Exchange.

"Everyone at the reception was so enamored," she told HuffPost. "I could see my father and Marilyn looking down from heaven and crying."

See some of the exclusive Bernard of Hollywood photos in our slideshow below courtesy of San Francisco Art Exchange. 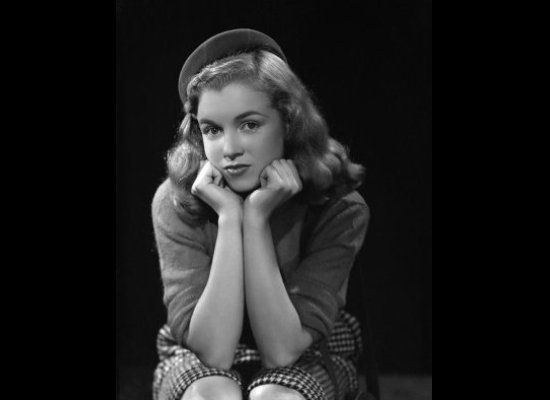