A bankruptcy judge in Florida ruled earlier this week that photos taken in 1946 of Norma Jeane Dougherty – who went on to become the iconic Monroe – will be sold at auction to settle the debts of the photographer.

Darren Julien, chief of Julien's Auctions, said the photos have not been widely distributed and the collection has been locked up in court battles for more than two decades. He said the sale is significant because "it's very rare to see something where you can buy a copyrighted image of (Monroe), especially of her first photo shoot."

"It's really hard to put a value on something like this, because it's rare and not just for the collector," he said, noting that the owner of the copyrights will be able to sell and distribute the images. "These are probably the most significant images of Marilyn that are available because they're so early, from the first part of her career, and it's rare to have images like these where you're selling the rights, too."

He declined to estimate how much the images and copyrights will sell for at the company's "Icons & Idols" auction, to be held Dec. 2-4 in Beverly Hills, Calif.

The photos include a black-and-white headshot of the future Monroe wearing a jaunty beret, another of her in a halter top and a color picture of her smiling in a striped bikini on the sand. Julien said Jasgur was hired by the Blue Book modeling agency to shoot the then-unknown Norma Jeane. 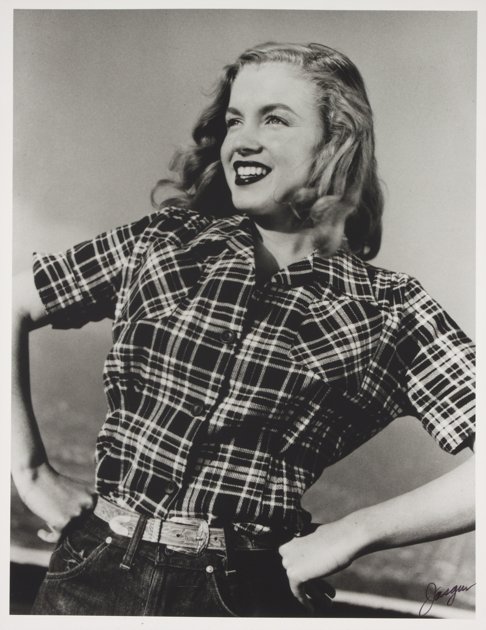 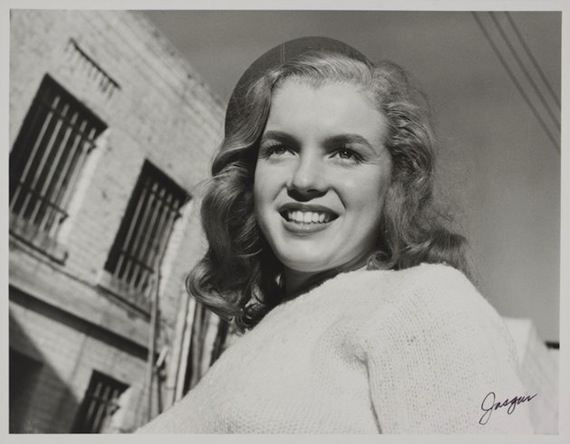