We know Marilyn Monroe as an icon and an enigma, the ultimate movie star whose combination of sweetness and sexual magnetism, curiosity and neurosis, fame and tragedy continue to fascinate fans four decades after she died. Biographers and conspiracy theorists still debate the circumstances of her death at age 36, but many aspects of her life are also mysterious, perhaps most of all how she did what she did.

Monroe's ability to mesmerize viewers and crowds stood in stark contrast to the deep insecurities, paralyzing anxiety, and substance abuse issues her biographers have described. Did she consciously switch back and forth between the imperfect, striving woman she was and the flawless, often giddy persona she projected -- did she, as the Monroe character in the recent film "My Week With Marilyn" puts it, decide when to "be Her" -- or were the two inextricable from one another?

On August 5, the 50th anniversary of Monroe's death, here's a look at Monroe in a few moments when she seemed at least not to be trying so hard to "be Her," when she seemed to be just her.

CORRECTION: In an earlier version of this story, the anniversary was listed incorrectly. Aug. 5 is the 50th anniversary of Marilyn Monroe's death. 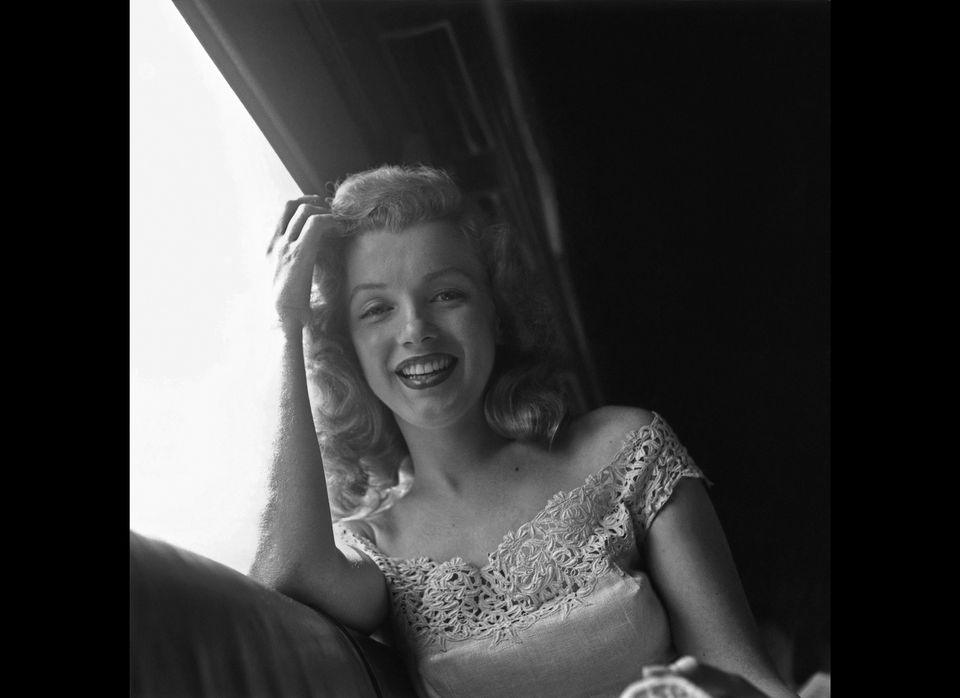 1 / 10
On The Train
Riding from New York City to Warrensburg, New York in June 1949 to promote her new film 'Love Happy.' In Warrensburg she presented a Photoplay Magazine 'Dream House' contest winner with the keys to their new home.
Getty Images