CHICAGO (AP) — The Picasso, the Bean and now the Blonde Bombshell.

A 26-foot-tall sculpture of Marilyn Monroe in her most famous pose was unveiled on Chicago's now-truly Magnificent Mile Friday morning.

Passers-by wasted little time positioning themselves under her billowing skirt to get a subway-grate view of Monroe in the same stance as she appeared in "The Seven Year Itch."

The area is known for unusual public art displays. Years ago, Michigan Avenue was lined with fiberglass cows.

And in the same plaza where the Monroe statue now stands, another sculpture by the same artist, Seward Johnson, was put up: a tribute to the farmer and daughter of Grant Wood's "American Gothic" fame.

The Marilyn Monroe statue will stand until next spring.

Check out photos of the sculpture here. All photos by Scott Olson of Getty Images. 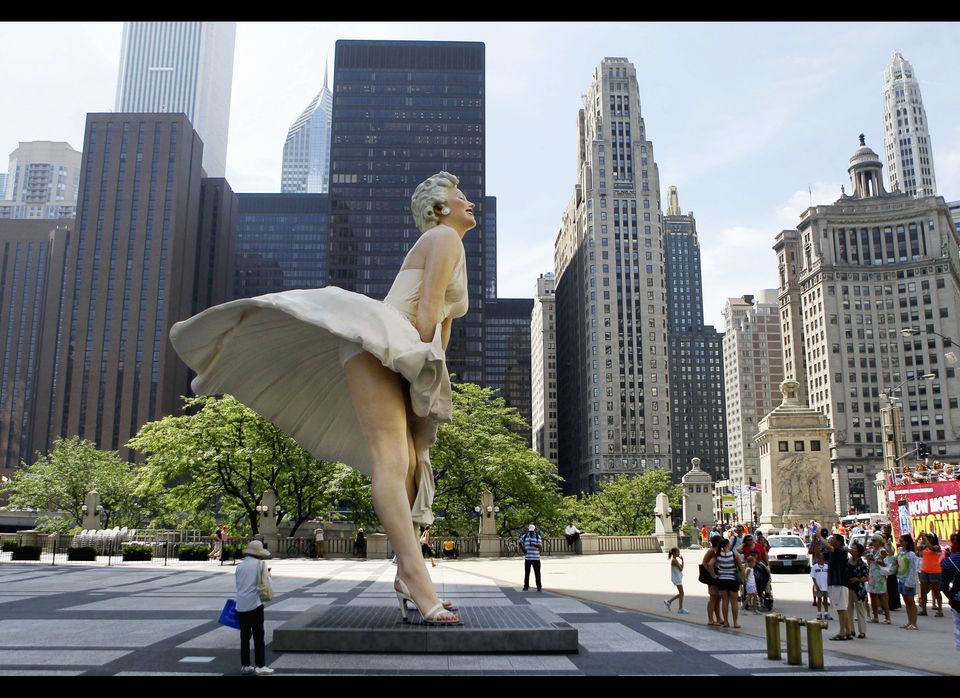 1 / 12
In this July 15, 2011 file photo, curious spectators gather around Seward Johnson's 25-foot-tall sculpture of Marilyn Monroe in her famous pose from the film "The Seven Year Itch," on Michigan Ave. in Chicago. Chicagoans only have a few more days left to take a peek up Marilyn Monroe's skirt. It is slated to be removed on Monday, May 7, 2012. (AP Photo/Charles Rex Arbogast, File)
AP