Before she dyed her hair platinum. Before she married for the first time. Before she changed her name to something a bit more catchy, Norma Jeane Baker took a selfie. 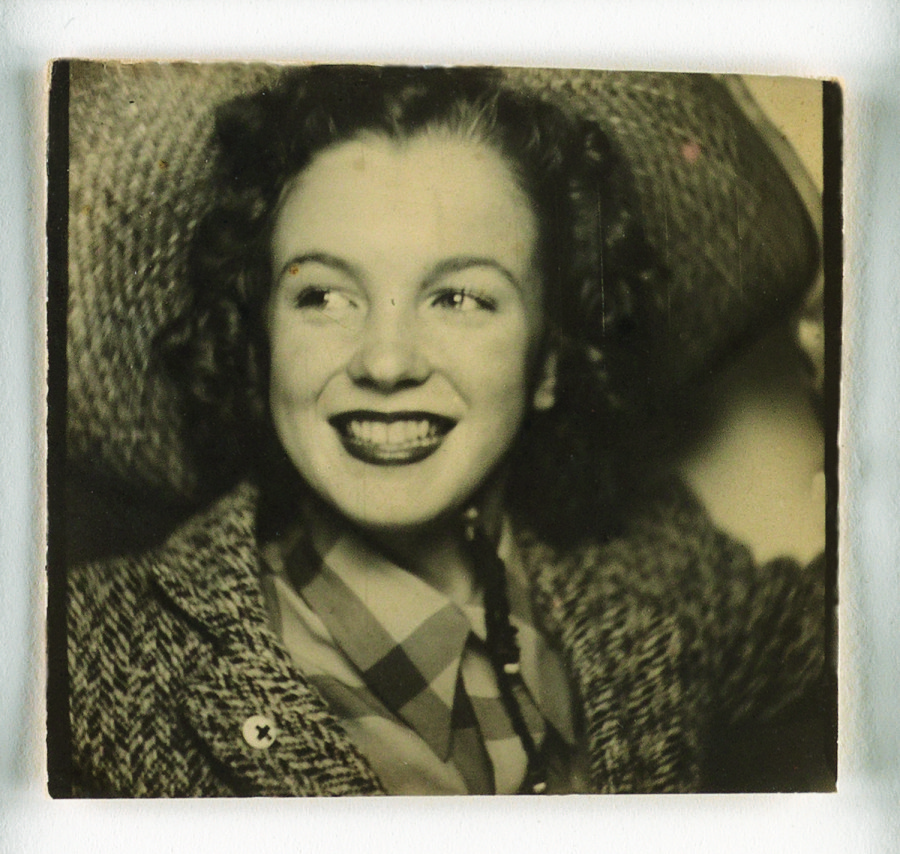 From the estate of a relative of Marilyn Monroe; to the owner of the image archive 'Silver Screen." Image courtesy Swann Galleries.

The young bombshell snapped this self-portrait at a photo booth circa 1940, donning a hounds-tooth jacket, plaid shirt and a wide-brimmed hat. The photograph proves that, even without all the glitz and glamor, Miss Baker had a smile that could light up a room.

The photo, which was originally gifted to a relative, is extremely rare, given that all negatives from the photo booth were later destroyed. The image is slated to sell for between $8,000 and $12,000 when it heads to auction at Swann Galleries on December 11, starting at 10:30 a.m. The photo will be on view as part of a public exhibition at Swann Galleries on Saturday, December 6, from 12 p.m. to 5 p.m.; Monday, December 8 through Wednesday, December 10, 12 p.m. to 5 p.m.; and by appointment.

In the meantime, enjoy these stunning photos of Monroe later in life, slated to sell at Julien's Auctions on December 6, 2014 in Beverly Hills, CA.

Before She Was Marilyn Monroe, Norma Jeane Baker Took A Selfie
The Most Breathtaking Photos From Around The World This Year