Since it was unveiled in July, the Marilyn Monroe statue on the Magnificent Mile has received a less-than-enthusiastic response. On Tuesday, sculpture vandals struck again, leaving the sculpture splattered with red paint.

The 26-foot-tall sculpture was created by artist Seward Johnson, and shows Monroe in the same stance as she appeared in "The Seven Year Itch."

According to NBC Chicago, police were notified of vandalism to the sculpture early Tuesday. Red paint was splattered under Monroe's dress and ran down her leg.

Last month, the sculpture was tagged with graffiti and also named one of the worst pieces of public art in the world by VirtualTourist.com.

Johnson's "American Gothic" sculpture was previously on display in Chicago, but never received so much negative attention.

The Marilyn Monroe statue is expected to stay in Pioneer Court until next spring.

Check out photos of the vandalism here: 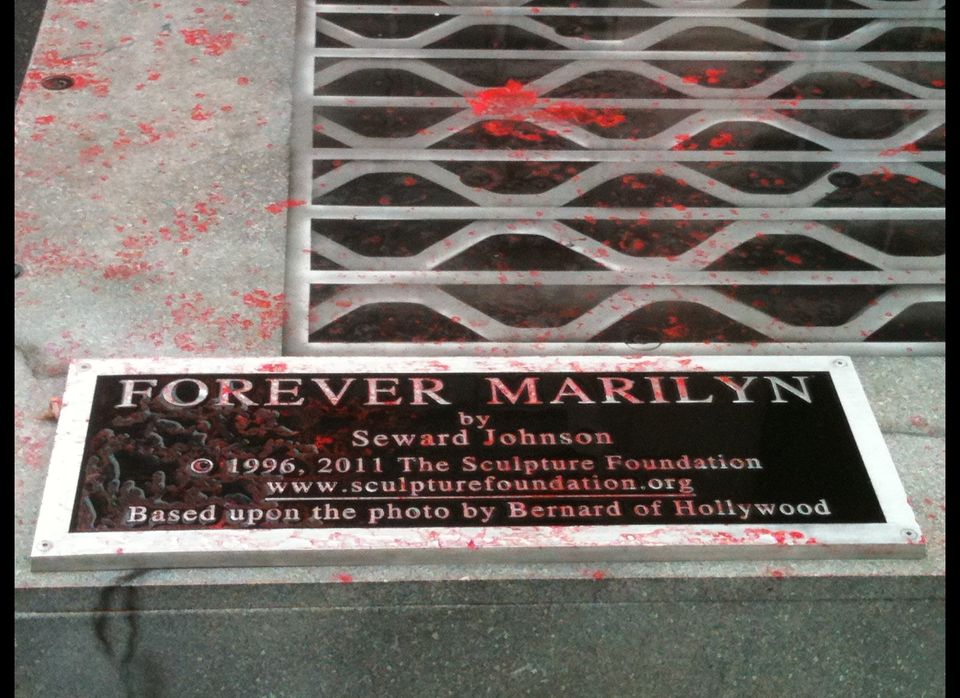 1 / 8
Marilyn Monroe Statue Vandalized
The 26-foot-tall sculpture of Marilyn Monroe erected on Chicago's Magnificent Mile this summer was vandalized yet again, and was roped off Tuesday morning after red paint was thrown on the side of the statue.
Lizzie Schiffman