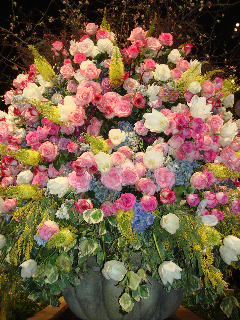 Growing up on the eve of the "Marilyn phenomena" was difficult!

The irony is that Marilyn and Moi shared a bed!

Well not really... but during a brief affair in Easthampton I wound up in the one-time rented cottage of the late great Playwright Arthur Miller and his then wife, the one and only Marilyn Monroe.

As she might whisper "Some Like It Hot," and so for one steamy night we did experience that infamous ambiance.

Yes as a young 'un I too was beautiful, they said, but also "brainy," and coming from a Feminist-oriented Mum, I wanted to play it "straight" as in straight-forward. No "Dumb-Blonde" was I!!!

I didn't want to allure -- men or anyone -- by my curvaceous torso, ample "girls," tiny waist, large baby blues or naturally platinum blonde hair. I wanted to be appreciated for who I was, what I knew, what I might contribute, my intellect, my spirituality, my God-granted talents -- my visual art, writing and serious aspirations to make a difference for world betterment.

Marilyn made it tuff for gals such as yours truly. It was an ongoing struggle -- especially with the boys -- to be taken seriously. I would attempt to engage in deep vis-à-vis, eye-contact conversation, only to notice meandering eyes no longer fixed on mine but having drop-down to boob-level.

The very sensibility Marilyn displayed -- alluring but devious and manipulative, infantilizing, playing the wounded one, wide-eyed innocent, helpless and hapless, that of a baby babe -- were the very behaviors that we the young 'uns of my generation were protesting against, striving not to be. Her very behavior reinforced abhorrent sexist stereotypes.

She was the very antithesis of what the newer Women's Movement and Gloria Steinem embodied: Strength, fortitude, resolve, and candor, clarity, articulation, humanism, gender equality and equal rights.

A side-casualty of "Marilyn" was that many of our fine femmes -- still inculcated the insidious belief that a woman might only achieve through her positive appearance. The secondary effect -- that green-eyed-devil, jealousy!

Women stabbing each other in the veritable back and at times directly in the chest. Divisiveness instead of unity!

I poignantly recall that even as late as the 1980s during the Opening of my Solo Exhibition at the International Center of Photography, following a "Popular Photography" cover featuring my edgy 3m Photo-Art, someone I considered to be a dear girl-friend, accosted me saying "And who did you sleep with to get this!"

Stilettos treading across my very heart!

I almost absurdly (perhaps foolishly, in retrospect...) went out of my way to never sleep with anyone who might assist professionally. But I had my self-respect, pride and intuitively knew I was good. I never wanted to be accused of "sleeping my way to the top!" (Wherever that might be...)

This very remark set me back years.

Made me back-up out of the spotlight.

Not a conscious decision but an injured reaction.

Marilyn also perpetuated the myth of the languid, languishing tragically ill female. Made popular during the Tuberculosis epidemic -- through images of beautiful ailing women gracefully sprawled across beds and divans -- a la reclining Odalisque. Update to the pill-popping star, always a bit sleepy, horizontal in bed with that barely audible hushed voice.

They say that that if it were not for her untimely death at an early age, Marilyn who was deemed intelligent, an excellent "Method" actress, promised to become an even bigger "Star"...Well, perhaps. She certainly exuded some rare magic that made her fascinating to the masses and more. Yet her legacy to women is confused and not necessarily admirable

The film, "My Week with Marilyn" certainly reinforces my skepticism. Most have challenged beginnings, but most do not become miserable manipulators - truly "femmes-fatales!"

RIP Marilyn.
To paraphrase: "Life Never Promises A Rose Garden!"
Next time it might be easier for you, and for us. 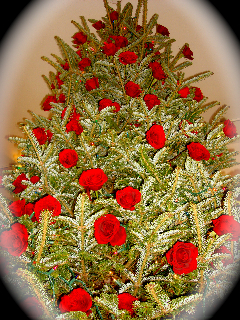