This isn't a side of Marilyn Monroe we're used to seeing.

Taken on October 6, 1954, the stark photos below show the legendary actress standing by silently, tears welling up in her eyes, as her lawyer, Jerry Giesler, announces her divorce from New York Yankees slugger Joe DiMaggio. 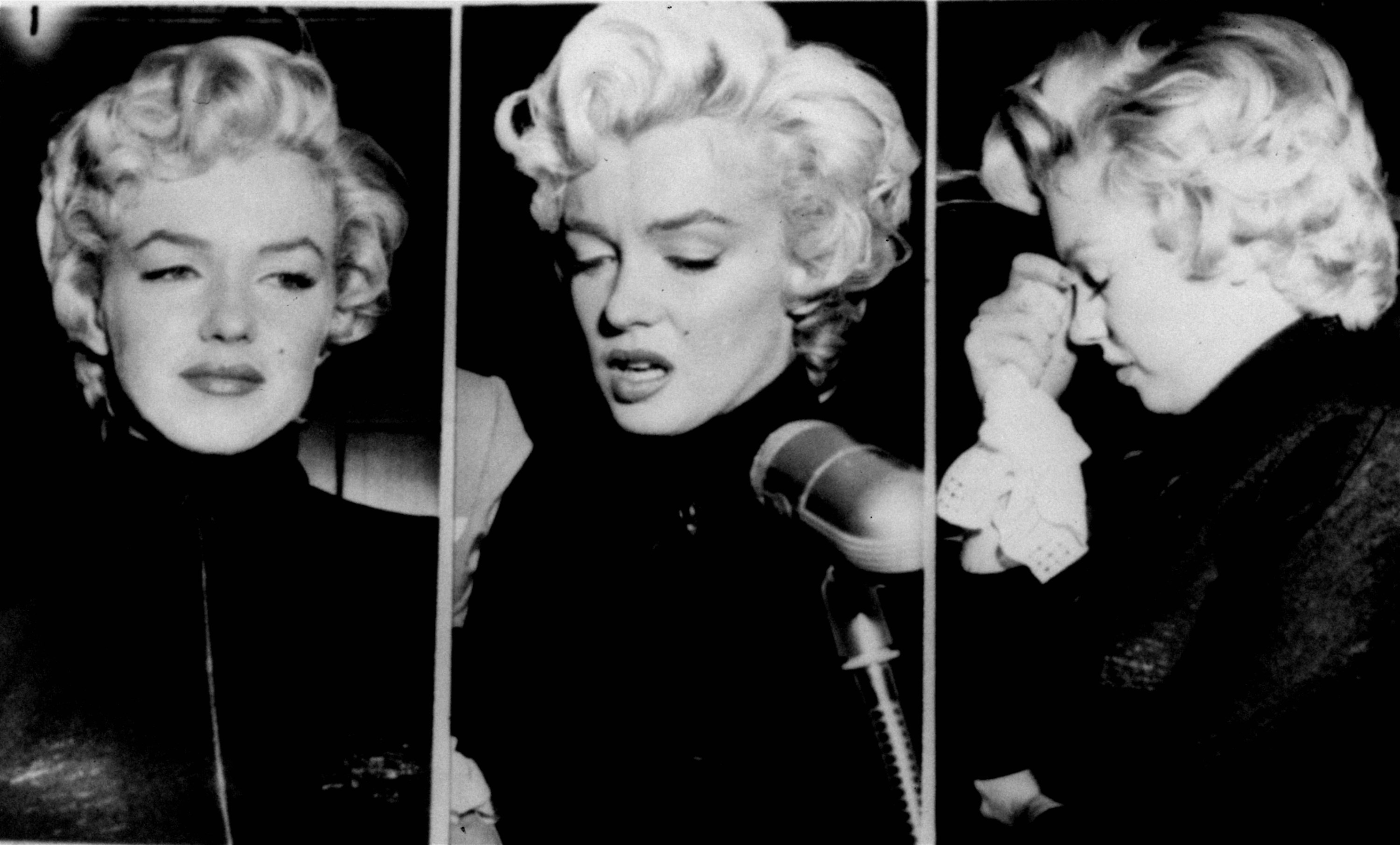 The press conference, held just outside Monroe's Beverly Hills home, came less than a year after after blonde bombshell married DiMaggio on January 14, 1954.

Monroe's lawyer chalked the split up to a "conflict of careers" -- a pronouncement that Life magazine echoed in its coverage of the divorce at the time.

For more images of Monroe on the day her divorce was announced, see the gallery below: