Marina Abramovic, the almighty grandmother of performance art, has puzzled us in the past.

She's painted James Franco gold, invited Jay Z into a sensual circle of dance, and we're pretty sure she doesn't age, ever. But the Serbian artist's newest gift to the world is perhaps the hardest yet to wrap our heads around. 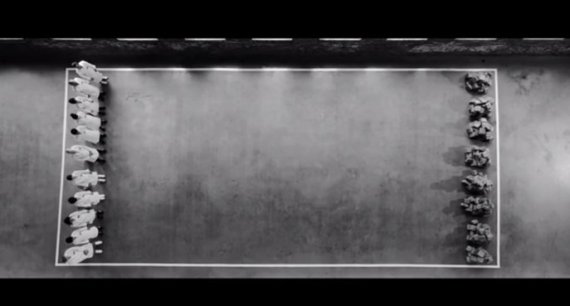 In a short film by SHOWstudio, Abramovic collaborates with the sports shoe corporation in honor of the 2014 FIFA World Cup in Brazil. The three-minute short recreates "Work Relation," a 1978 piece between Abramovic and her former lover and collaborator Ulay. The black-and-white remake depicts 11 performers -- referencing the players on a soccer field -- donning MAI lab coats and, of course, Adidas kicks.

Marina's voice booms over the artsy sports arena, narrating the game at hand. "This performance is investigating three different social groups performing the same task: transporting stones from one side of an empty room to the other side," she explains.

"The first group is simple: two individuals each have two buckets to carry by him or herself. The second group is two people working together. They carry three buckets between them, each has one bucket, and they share the third. The third group is a human chain passing the stones down the line by hand."

As explained on YouTube: "Using only buckets and human labor, the three models compare and contrast systems of cooperation and efficiency, with the participants' bodies serving as the medium." Of the three types of social groups, the chain is the last group to surrender, revealing the perseverance and discipline of a devoted team. (Cue Adidas logo.)

"One similarity between performance and sport that I wanted to highlight in this video is the importance of group collaboration," Abramovic explained to designboom. "When Ulay and I originally performed the piece work relation in 1978, the power of collective strength came through in the performance."

The perplexing short, directed by artist Marco Brambilla, illuminates the unusual connection between Marina's performance practice and team sports in general. Wait a minute -- can jocks and art nerds get along after all?

Still, we never took Marina for an Adidas type of woman. Perhaps she's been donning some striped sneakers beneath those full-length gowns all along?

UPDATE: We'd like to point your attention to the Tumblr work of art that is Marina Abramovic Made Brazil Cry. Enjoy.

PHOTO GALLERY
People Crying In The Presence Of Marina Abramovic 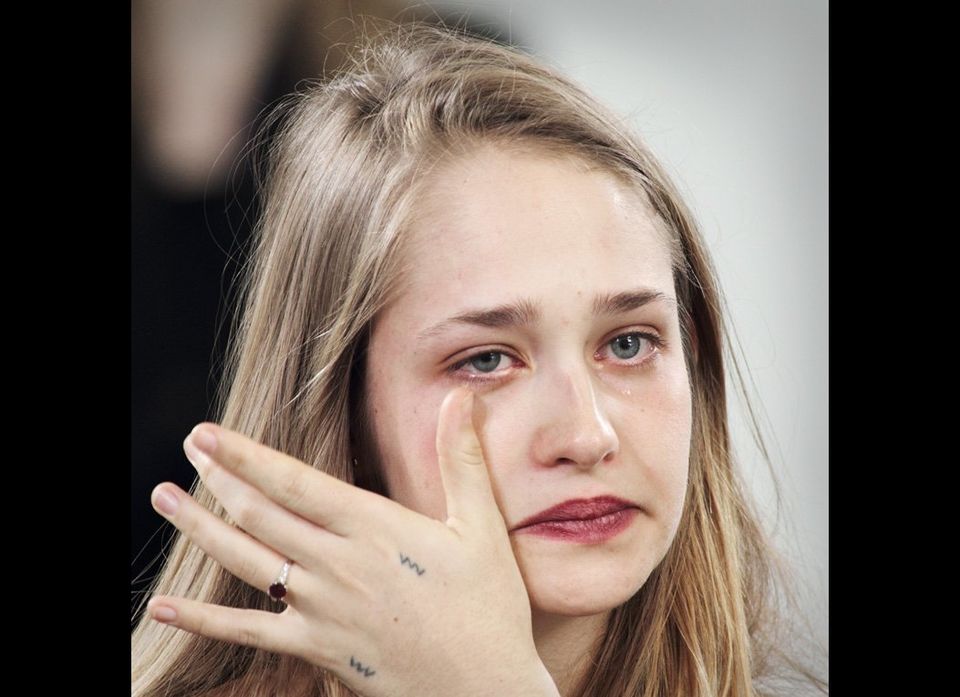