Yesterday we received word that performance artist Marina Abramovic hoped to collaborate with Danish filmmaker Lars von Trier. We could only imagine what disturbingly intense creation would spring forth from these two visionary minds, until we miraculously stumbled upon this in-progress script* of their joint film. Read on... 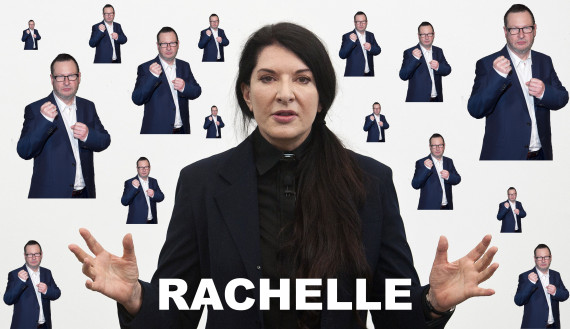 With background music from Giuseppe Verdi's "Nabucco," struggling gallerist Rachelle (Marina Abramovic) and her husband Jim (Willem Dafoe) attempt to hang a painting in the art gallery. The painting refuses to stay on the wall. They put up the painting. It falls. They try again. It slumps. They adjust the nails holding the frame in place. Rachelle slices open her index finger.

JIM:
Jesus, Rachelle. Be careful. Are you okay?

RACHELLE:
No one will miss the blood.

Rachelle places her finger against her lips, urging him to stay quiet. She uses her bloody finger to hang the portrait. It stays. Blood rushes down the work. Jim stares at Rachelle. He approaches and puts her finger in his mouth. The camera zooms out. Everyone is wearing adidas sneakers.

Rachelle sits on the floor of her gallery, her right hand splayed on the floor. With her left hand, she stabs a knife between her fingers repeatedly, as fast as she can, yelping out in pain when the knife accidentally hits the flesh. A crowd watches, entranced. She is an artistic success. Her screams of pain begin to sound like orgasms.

Jim enters with a brown paper bag over his head. In one hand he holds a tape player, recording Rachelle's cries. In the other he drags a long ruler with a piece of chalk affixed to the bottom. He walks slowly in concentric circles, closer and closer to Rachelle, creating a chalk spiral on the floor of the gallery space. He reaches her. They make love. He removes his bag. It's Shia LaBeouf. He tweets about it. He quits acting.

CHAPTER TWO: The artist is absent

Rachelle writhes naked on the floor. Cuts and scrapes cover her body. She is too wounded to continue making art. Jim enters with a child.

Rachelle stares off into the distance. Ali notices a knife sitting at the other end of the gallery. She walks over, picks it up, and begins carving symbols into the floor. The camera zooms in. It reads "Picasso Baby." Jim cautiously proceeds closer and closer to Rachelle, who barely notices his existence.

Rachelle gazes into the camera, locking eyes with the viewer. She barely blinks. It's intense. The film continues like this for the next fourteen hours. The person who stays the longest loves art the most.

The featured clip above is only a preview of what remains a work in progress and is impossible without your help. Please visit Marina and Lars' Kickstarter page to make a donation and help make this film a terrifying reality. They hope to raise millions of dollars by November 1.

*Note: This is not a real script. This is the product of arts editors biding time on a rather sunny weekday. For more on our satirical endeavors, check out the Vincent van Gogh musical playbill you never you knew you needed. 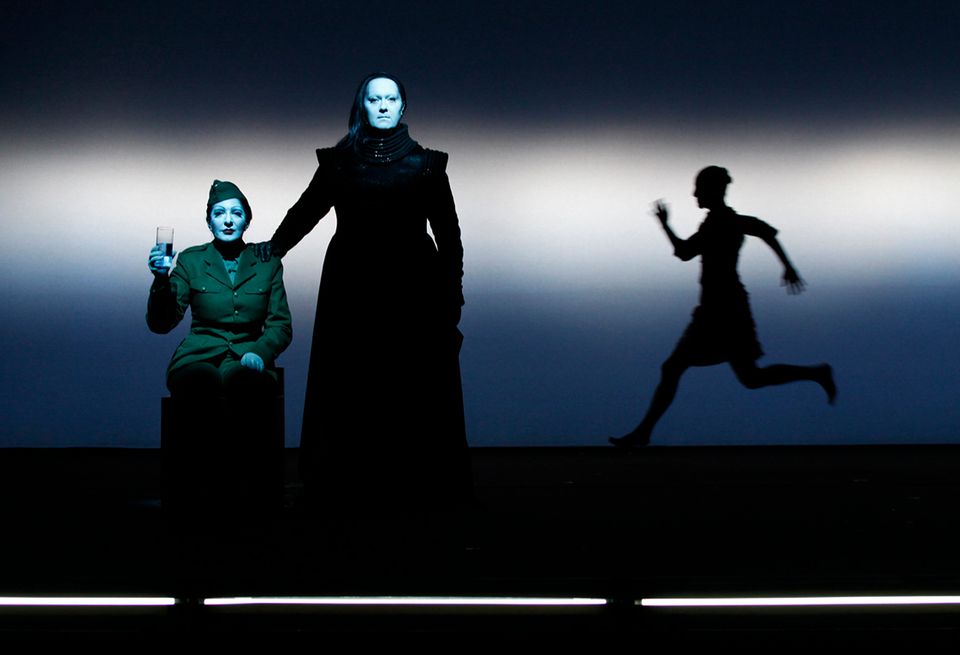