NEW YORK -- Just hours before finding her 2-year-old son and 6-year-old daughter stabbed to death next to their unconscious nanny on Thursday night, Marina Krim posted a new entry to a personal blog that for years had followed her children's lives in intimate detail.

"Leo speaks in the most adorable way possible," Krim wrote on the site LiveJournal. "He never uses 'No' alone, it's always paired with 'thank you.'"

Krim discovered the bodies of Leo, 2, and Lucia, 6, in a blood-spattered bathtub after returning home with another daughter to the family's luxury Upper West Side apartment Thursday night. On the floor next to the tub was the nanny, Yoselyn Ortega, who police said had slashed her own throat after apparently stabbing the children.

The blog indicates that Ortega, 50, had been the family's nanny for at least several months.

The children were rushed to St. Luke's Hospital where they were pronounced dead shortly after. Krim was taken to the same hospital for trauma, police said.

The nanny was rushed to New York-Cornell Hospital where she was in critical but stable condition Thursday. Ortega was arrested when police arrived at the apartment but no formal charges have been filed.

Police say Krim and her other daughter, Nessie, 3, came home to the La Rochelle at 57 W. 75th St. to a dark and apparently empty apartment around 5:30 p.m.

"She's assuming that the nanny maybe had gone out with the children," said Kelly.

Kevin Krim, the children's father, was notified upon returning last night from a business trip to San Francisco. The CNBC executive was taken to St. Luke's, where he and his wife remained overnight.

Police said they have not determined a motive for the attack, but that the investigation is ongoing.

From Krim's blog, it appears that the family had visited Ortega, whom she calls "Josie," in the Dominican Republic in February.

Krim chronicled nearly every aspect of life with her children in her blog, posting pictures of them eating hot dogs, taking naps and playing. The blog is currently offline, as of this writing.

Two weeks ago, Krim wrote how Leo, who called himself "Lito," loved collecting acorns and riding the bus.

"One of the best parts of my day is after I drop both girls off at school and have 3 precious hours with little Lito all to myself," Krim wrote on Oct. 12 "Ok, I'm near getting cheesy I adore this boy so much!!!" 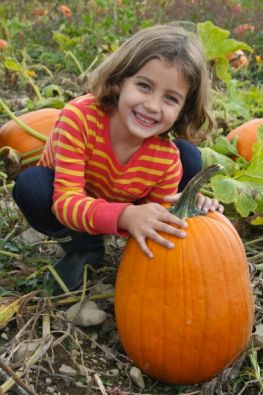