My one thought was, "How am I going to roll over in this hospital bed so I can go home?" On the night of August 24, 2001, my last night of freedom before my freshman year of high school started, everything changed when my friend's car hit a guardrail with me inside. The railing amputated my leg instantly, and the wreck left me bleeding internally with multiple broken bones and lacerations. I had little chance of survival. Although my body was weak and I had tubes on my body as far as my eyes could see, my mind was still very clear. I just kept telling myself to hold on. With a miraculous recovery, a week later I was moved to the rehabilitation center, where I made a deal with the hospital staff that once I could roll onto my side, I could be discharged. I am proud to say that just one short week later, I was going home. 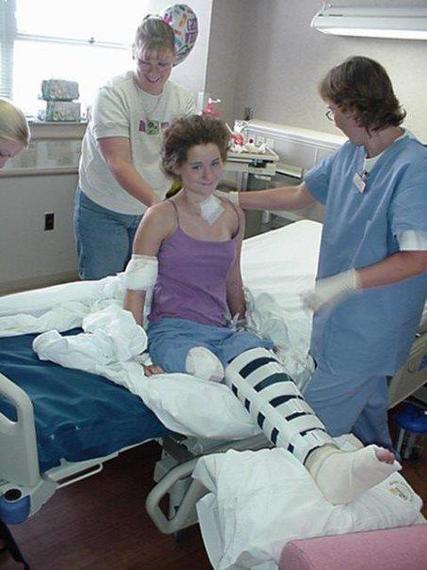 Although I was now discharged from the hospital, the fight was far from over. My left knee was badly injured, which resulted in multiple surgeries through the years. Several years ago, more of my leg had to be amputated. Not only did this make it harder to wear a prosthetic, but it became a lot more expensive. I was unable to afford to continue wearing the leg, so I donated my leg to a nurse who couldn't qualify for one herself. The joy of being able to provide this gift to someone else was greater than the happiness I felt on any day I was able to wear it myself.

People often tell me they are proud of me for my choice to stay strong. But in my mind, there was no other choice, because to me failure is not an option. All you can do is get up and do the best you can. The day I left the hospital, I made a promise to myself to never give up and to always live life to the fullest. A few months later, I carried the Paralympic torch, and a year later I taught myself to run and have never looked back. I may not be able to do things the way everybody else does them now, but regardless, I always find a way to do them.

In June of 2012, after three years of fertility treatments, I was blessed with a beautiful baby boy, who I named Jayson. I was overwhelmed with joy, but with the joy also came fear. How in the world was I going to care for this child? That fear became even more real when, just six months later, I found myself divorced and caring for him entirely on my own. I managed to care for him just fine, figuring out new ways of carrying him, but the more independent he became, the harder it was for me to keep up. 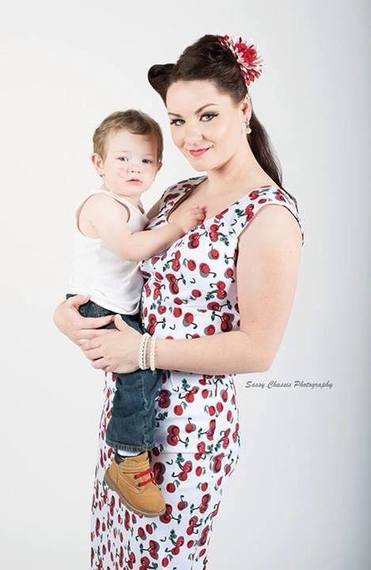 In February of 2013, my life was forever changed when I attended the Executive Assistant Organization's Behind Every Leader event. I quickly grew fond of founder Victoria Rabin and her team. During the conference, a sweet lady by the name of Alisson Frew dared to ask me why I did not wear a prosthetic. My short and simple answer was, "I don't have sixty thousand dollars. Do you?" The next morning I was in tears as I learned that Alisson had talked with Jeff Hoffman, founder of Priceline and mentor to GiveForward.com, along with a dozen other people, in order to help me get a prosthetic.

Through the efforts of the Give Forward team, the EAO, and family and friends, we managed to raise the money needed to obtain the prosthetic leg. From the first step, it was apparent to me just how much this would mean to me. A few days after I received the leg, I wrapped my son in my arms and experienced our first of many dances. This seemingly simple moment is forever ingrained into my heart and will remain one of the most touching and memorable experiences of my life.

For a year I adjusted to the leg and settled into everyday life, until one day I realized I was making a life but not living one. I had been given this beautiful gift and shared it with no one. After almost 13 years of thinking that I was confident, I had an unfamiliar feeling sweep over me. For the first time in my life, I was not only confident but I was empowered! I yearned to help those around me, to have them experience this unbelievable feeling for themselves.

In April of 2014, I started modeling. My dream is that one day a little girl will see me on a poster at her favorite clothing store and say, "Wow, she is beautiful, and she only has one leg. I could do that too someday, even though I have a disability." My dream is simple: to inspire every man, woman, and child into knowing and believing that they are beautiful just the way they are.

In November of 2014, I will return to the Behind Every Leader conference, this time as a speaker. It is such an honor to be part of such an incredible organization. How fitting it is that I have the privilege of speaking at the very same event that changed my life! 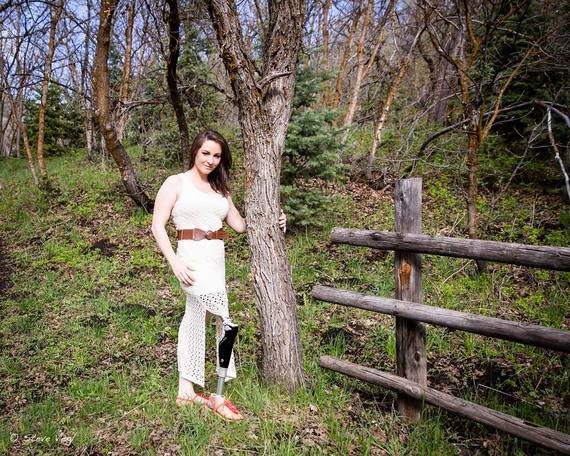 To view Marina's thank-you video to Behind Every Leader, please visit here.

If you would like to attend the BEL conference, please visit here.