Disturbing photos have surfaced allegedly depicting U.S. Marines burning the corpses of Iraqi insurgents, a crime that goes against both U.S. military code and Islamic custom.

TMZ recently acquired 41 photographs, allegedly taken in Fallujah in 2004, showing Marines dousing bodies with gasoline, posing next to charred remains and even rifling through corpses' pockets.

The gossip website has not revealed the source of its images, but the Marine Corps is taking the case seriously enough to have already launched an investigation, The Guardian notes.

There is no statute of limitations on this case, which means any Marines involved may face prosecution. Recent cases of a similar nature have produced varied results. In January 2013, Staff Sgt. Edward W. Deptola admitted to desecrating corpses in Afghanistan. As punishment, Deptola reduced one rank to sergeant and took a $500 pay cut.

In 2005, U.S. soldiers in Afghanistan were investigated for burning the bodies of two enemy fighters. The men argued they acted for hygienic reasons. A report concluded:

Based on the criminal investigation, there was no evidence to substantiate the allegation of desecration or any violation of the Law of War. However, there was evidence of poor decision-making and judgment, poor reporting and lack of knowledge and respect for local Afghan customs and tradition.

Despite such stories of misconduct and disrespect, Pentagon spokesman and Navy commander Bill Speaks urged the public not to judge all service members by the actions of a few.

“The actions depicted in these photos are not what we expect from our service members, nor do they represent the honorable and professional service of the more than 2.5 million Americans who have served in Iraq and Afghanistan.”

The below photographs were distributed by TMZ and are very graphic. 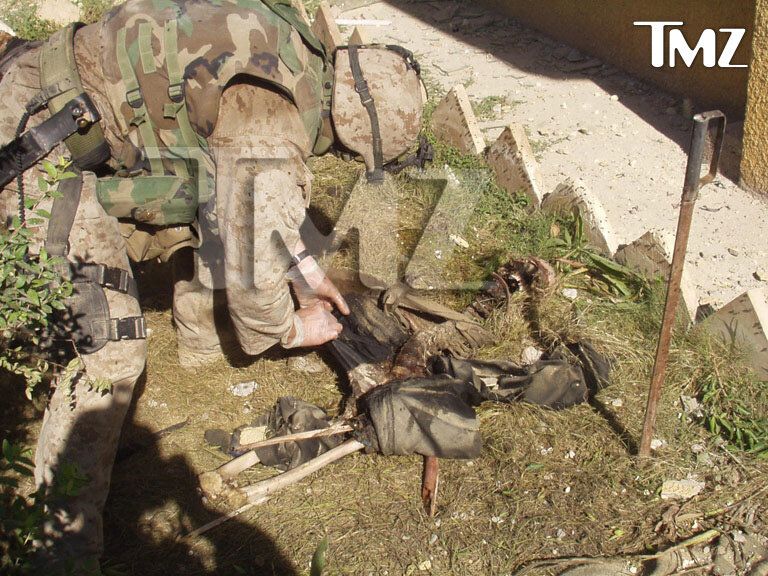