The photo above isn't a still from an episode of Fear Factor -- it's a U.S. Marine completing jungle survival training at a military base in Thailand.

Around 13,000 personnel from seven countries participated in the program, which included training for killing chickens and eating insects, among other feats.

MSNBC reports that the Marines also learned how to slaughter cobras and were given the option of drinking their blood. In the photos below, U.S. Marines don cobra skins as headbands and rip snake entrails with their teeth.

According to the Daily Mail, the exercises were hosted at a military base in Sattahip, Thailand. Cobra Gold, an annual exercise led by the United States, is the largest of its kind, according to Xinhua News.

The Marines explain the exercises in a press release:

For more than three decades, the United States has participated in the multilateral exercise Cobra Gold, where approximately 20 countries are represented in the month-long training regimen dedicated to strengthening foreign affairs and interoperability.

According to AFP, the exercises will end on February 17. 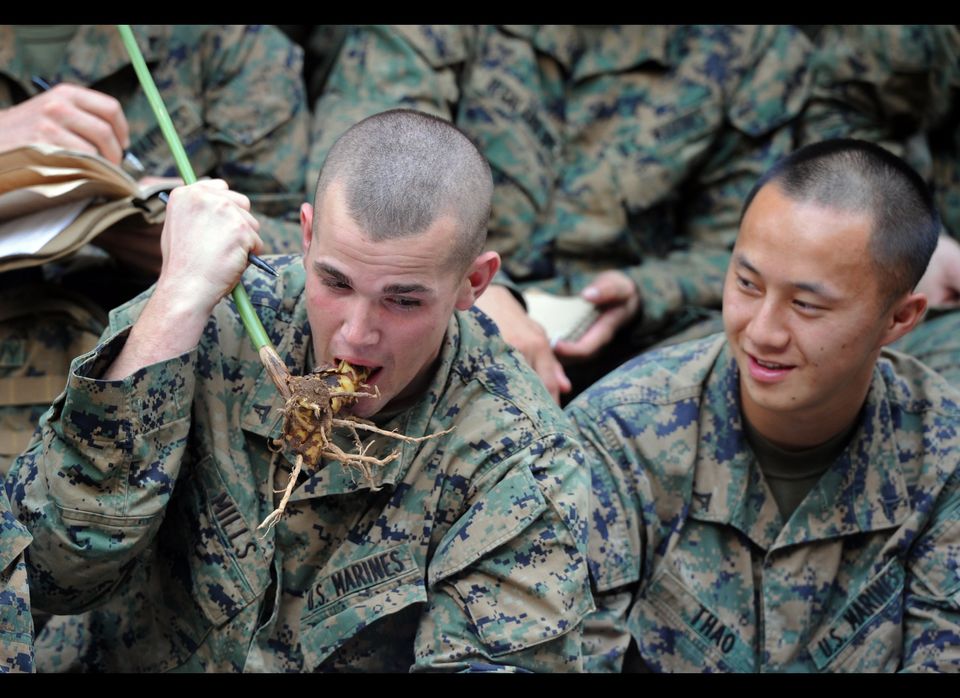 1 / 13
A US Marine (L) eats a locally grown herb during a jungle survival program as part of the annual Cobra Gold 2012 combined military exercise at a navy base in Sattahip on February 13, 2012. About 13,000 military personnel from seven nations, South Korea, Indonesia, Thailand, US, Singapore, Japan and Malaysia are involved in the exercise ending on February 17. (Getty)
Getty