Devastation. That describes Haiti following Hurricane Matthew's trail of destruction last week. Hundreds of people were killed by the storm and thousands were displaced. Many have lost their homes.

The aftermath of the storm brings new threats, including a food crisis. That is why the U.S. Marines are teaming with the UN World Food Programme (WFP) to bring emergency relief.

The Marines recently airlifted 20 metric tons of WFP food to Jeremie, one of the towns leveled by the hurricane. The rations included rice, pulses and oil to be distributed to residents who lost their food supplies during the storm. 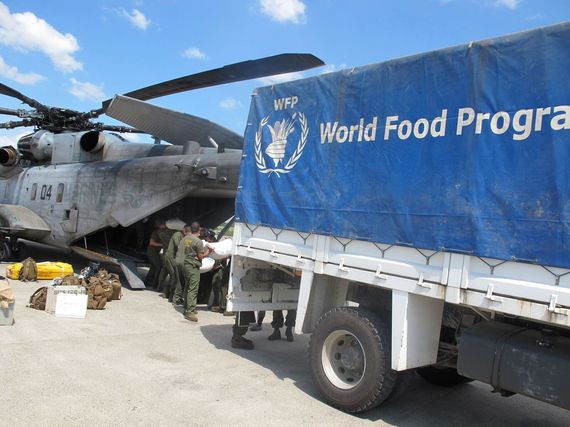 Photo: Food rations are being loaded on an helicopter in Port au Prince to be sent to Jeremie. (Photo WFP/Roger Dahab) 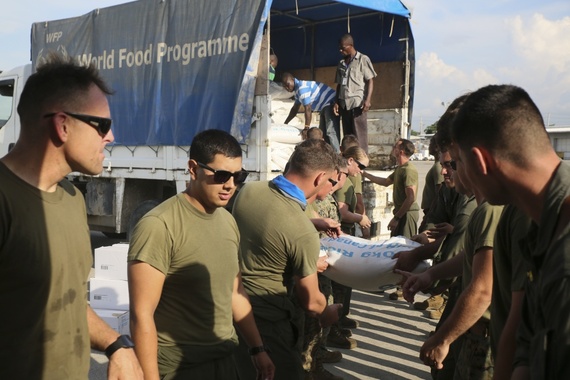 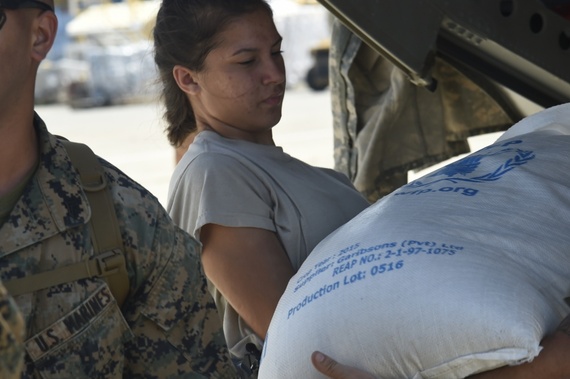 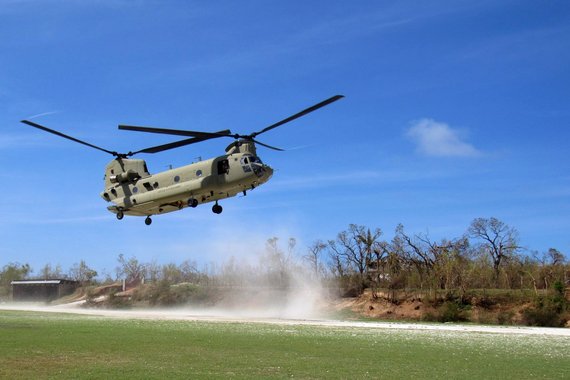 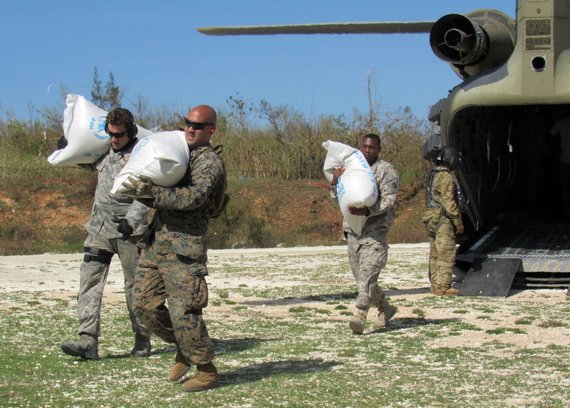 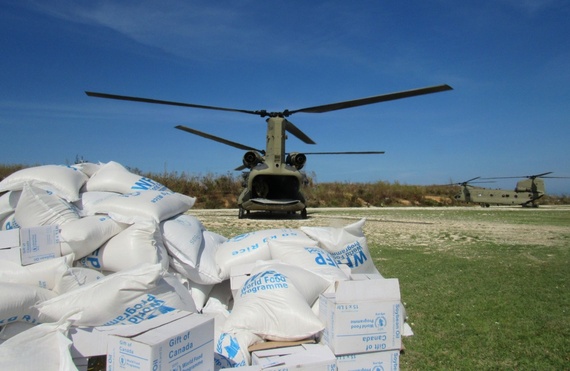 Jeremie is part of the Grand'Anse region in Haiti, one of the hardest hit by the hurricane. Lorene Didier, a WFP Haiti representative, says, "preliminary results of the Emergency Food Security Assessment reveal severe agricultural losses in Haiti, with almost 100% of crops destroyed in Grand-Anse."

This crisis will leave many Haitian families in desperation for months to come. They have no food supplies.

With farmland destroyed and seeds lost, they cannot grow crops anytime soon. They will have no source of income and will rely almost entirely on the help of WFP and other humanitarian agencies. The United Nations has launched an appeal for funding, of which around 56 million is for food aid.

WFP, which depends on voluntary funding, will need support from the international community. The UN food agency will lead in feeding hurricane victims and helping them rebuild agriculture.

One of the key programs WFP runs in Haiti is school feeding. This initiative fights hunger while helping children have the strength to learn in school. Now with many schools closed from hurricane damage, Didier says "WFP is exploring different options to not interrupt its assistance, one of them being to distribute take home rations." 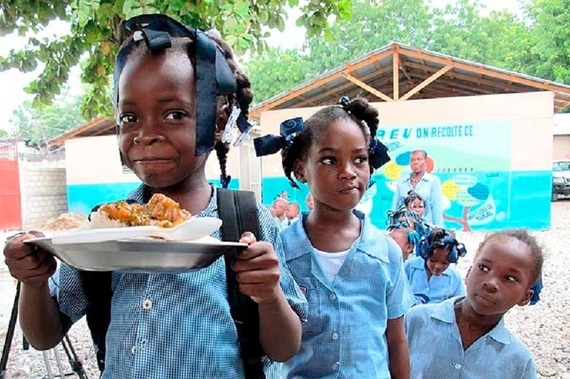 WFP's school feeding program in Haiti is vital to fighting hunger and poverty. They hope to continue the meal program even for schools closed from hurricane damage. (World Food Programme photo)

For schools remaining open, WFP can continue providing meals if the funding is available. It is critical to remember that Haiti has experienced numerous disasters since the earthquake of 2010. There has also been severe drought in recent years.

Many families were already struggling in poverty and needing WFP support before the hurricane arrived. Now there is the possibility that many more Haitians will fall into deep poverty because of the disaster.

Haiti must remain on the radar of the international community in the months to come. They need help to overcome yet another setback on their road to self-sufficiency.