No stranger to boar sausage, or to a finely braised veal shank, Mario Batali however isn't the first name that pops to mind when you think about vegetables. And that's what's so interesting about his decision to embrace Meatless Monday in all of his 14 restaurants across the country.

"The fact is, most people in the U.S. eat way more meat than is good for them or the planet," maintains Batali. "Asking everyone to go vegetarian or vegan isn't a realistic or attainable goal. But we can focus on a more plant-based diet, and support the farmers who raise their animals humanely and sustainably. That's why I'm such a big believer in the Meatless Monday movement."

Meatless Monday is all about incorporating more vegetables into our diet. It's about moderation, just one day a week, trying new plant-based recipes and sampling delicious ways to bring more veggies into our lives.

"We're delighted that Maestro Mario is helping to move the movement," declares Sid Lerner, founder and chairman of Meatless Monday, an initiative of The Monday Campaigns. "If anybody can entice meat lovers to enjoy their veggies as well, it's Batali!"

So how's Mario going to do it? Every Monday every one of his 14 restaurants will serve at least two vegetarian options, whether entrees or pastas or pizzas. In addition, many of the restaurants will designate these dishes as Meatless Monday options, using Mario's new MM logo (below). With this simple gesture, Mario will send a powerful message to other chefs and restauranteurs that we can all start the week right by eating our veggies.

Stay tuned to Huffington Post Food because later this week Elizabeth Meltz, Mario's sustainability director, will post descriptions and photos of the actual Meatless Monday dishes created by his chefs for today's launch... 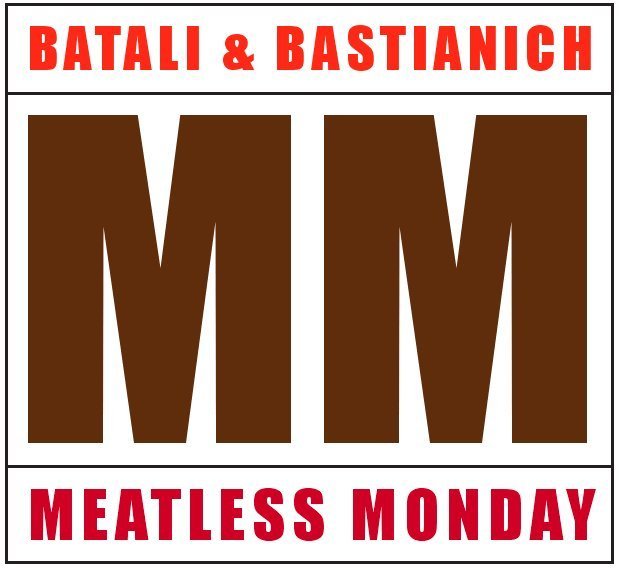