The eighth version of the game, "Mario Kart 8," will be available May 30. And from what we've seen so far, it looks like a polished, gorgeous addition to the franchise. The game introduces new items and tracks, as well as new features including an anti-gravity option and the ability to record, edit and upload highlight reels of your races to Mario Kart TV or Youtube.

To tide you over until then, we've rounded up a few of our favorite pieces of trivia from "Mario Kart" history.

How well do you think you know the game?

1. Early screenshots of "Mario Kart 64" (released in the US in 1997) showed a Magikoopa that was possibly Kamek, the main villain of the "Yoshi" series of games, as a playable driver. 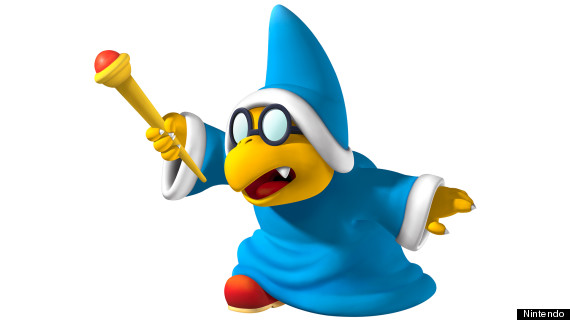 But the Magikoopa never appeared in the final version of the game. He was replaced by Donkey Kong last-minute for unknown reasons. Magikoopas, and Kamek in particular, make a few cameo appearances in other "Mario Kart" games. For example, Kamek floats near the finish line of "Bowser Castle 3."

2. "Mario Kart Wii" (2008) is the third-bestselling game of all time, according to the Guinness Book of World Records 2014: Gamer's Edition.

3. The fastest lap around the Kalimari Dessert in "Mario Kart 64" took 32.83 seconds, according to the Guinness World Records Challengers website.

American user emkarter2014 completed the course in record time, edging out the nearest competition by .55 seconds.

4. The notorious Blue Shell, an unavoidable item (unless you're playing "Mario Kart Wii") used to knock first-place players off the track, may exist only because of the N64's processing capabilities, not as some sadistic trick of the developers.

With Mario Kart 64, we wanted to have the same thing where everyone was in it until the end, but some of the processing problems occurred that didn't allow us to do that. And what I mean by that is once you're in a middle of a race you'll get that natural separation. What we were trying to do was push them back together with 64, having eight racers on the screen all the time, didn't work all that well. So, because the processing power didn't exist, we weren't able to create the racing environment we wanted.

Totilo infers from this that the blue shell was "unavoidable" because game developers wanted to keep good players from perpetually having the lead spot and jamming up the N64's processor, so they used the blue shell to knock them off the track.

At least according to this amazingly '90s commercial, that is.

6. There is a Rainbow Road course in every version of the game. 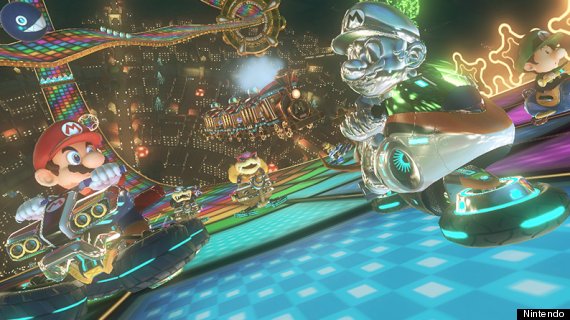 7. Want to get the quickest start out of the gate? You have to time it just right. 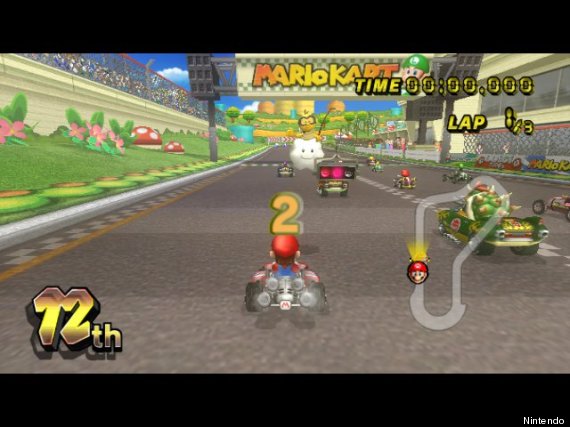 The Rocket Start -- a short boost that occurs at the beginning of every "Mario Kart" race in every game -- is best activated by hitting the gas when the countdown hits "Two."

8. Only six characters have been playable in every game: Mario, Luigi, Bowser, Princess Peach, Toad and Yoshi. 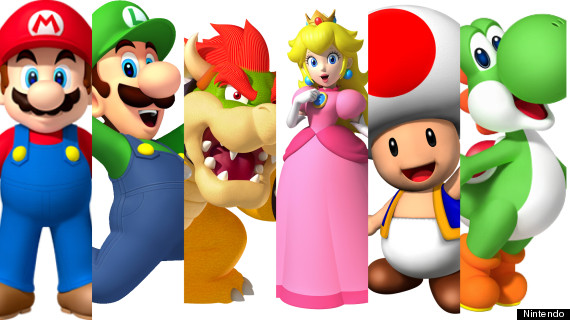 9. Wario Stadium is the only course from "Mario Kart 64" that has not been remade. 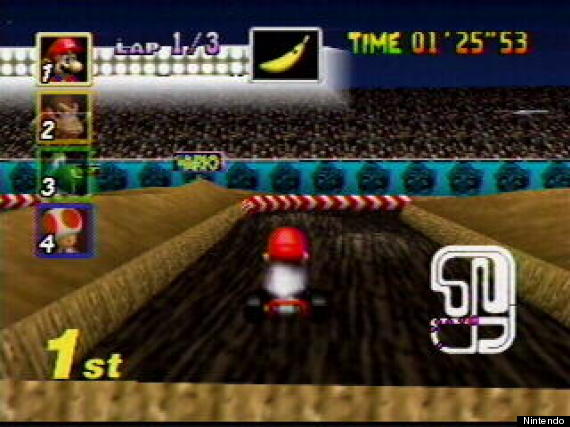 10. Unlike most split-screen games, where watching your opponent's screen is the greatest kind of sin, in "Mario Kart" it's actually encouraged by the handbook.

That's right. The way you know how to play "Mario Kart" is totally wrong.