What was it like directing the second time around?
It was amazing. It’s exhilarating and at the same time I’m thinking, “Wait, what am I doing all the way out here on the end of the diving board!” But then you just sort of jump. In a lot of ways I felt much more prepared. It was a very different experience because I learned so much on the first one, and then you get reminded of what 16 years will teach you.

What was the most interesting thing you noticed? After 16 seasons of acting and then to switching to being behind the camera, did you see anything differently?
I trusted myself more in the moment. The first time you want to be so prepared, so in a way I feel like I almost over prepared. The second time I felt so much more relaxed that I came up with more ideas on the set. That was very exciting to me, to actually be present in a new way. As an actor you’re present in the moment, right? I got to infuse a bit that presence behind the camera. 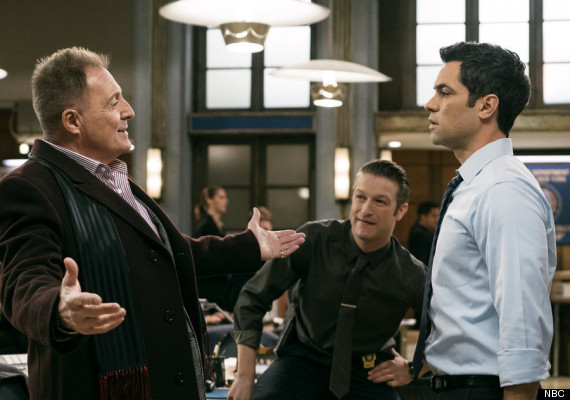 Has it influenced your acting?
You know you sort of -- I always have deep respect for all the crew, but as a director you rely on this team in a different way. I found myself walking away with even more respect for the crew and their creativity. It forged a new creative relationship and I just think they’re brilliant. In acting, you’re relying on your scene partners, but this was a new kind of vision.

Did you get to pick which episode you’d direct? Why this one in particular?
I think Warren [Leight], our showrunner, is just ridiculously smart and I felt so grateful to him for pairing me with Peter Blauner, who’s a writer and a novelist. We had worked together on the first episode I directed and we came up with this incredible shorthand. As I was directing I was able to rely on him, and we made this great team. I think Warren knows that I’m moved and inspired by more emotional stories and I think he sort of picked, or wrote, this one for me.

And it is such an emotional episode, especially for Nick. What was it like directing Danny Pino?
So unbelievably exciting. Danny and Armand [Assante] were so open and ready to take risks. One of the things that was moving to me about Armand’s work is that he was constantly working on his material. I have such respect for people who are really good at the starting point, but when they reach for excellence, then dig down there to find something truly inspired. He really did.

And Danny was so incredibly open, this beautiful trust and this incredible spirit. It was a beautiful collaboration and I couldn’t have asked for more brave actors. I have a lot of respect for actors who are willing to risk and willing the play, and that’s what it was on this episode. Unexpected stuff came out of Armand, out of Danny, out of everyone. At the end they widen their boundaries and are willing do what they haven’t done before. I think it’s so exciting to see another side of [Nick] Amaro’s character, and Danny was open and trusting and wonderful. 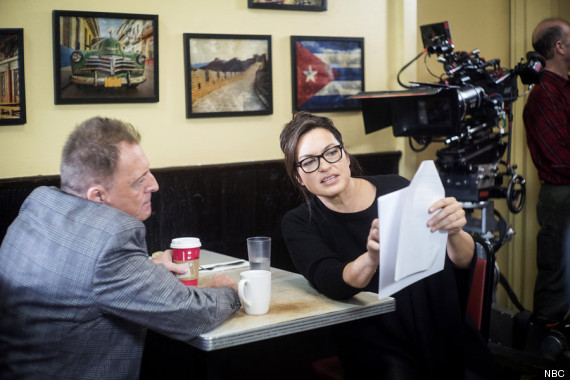 That definitely comes through in the episode.
Yeah, because there’s all these different kinds of episodes. Instead of hitting the procedural beat, this is about characters delving into some deep and messy emotions. And I also got to tell a father-son story, and we had that killer fight scene. So now I’m an action director, right? [Laughs] It was just exhilarating.

There’s also a painful moment in the episode where Nick angrily brings up Olivia’s father and William Lewis (Pablo Schreiber). Where is Olivia emotionally right now?
Olivia’s been in therapy, as we know, and is really trying to move past it. She is focused on not being a prisoner to people who have hurt her. Like the line she says in that scene I think is perfect of where she is: “I’ve learned that in order to heal we have to let go.” It’s almost like a mantra. I think what’s hard is to have that thrown in her face in a moment of anger, but he was lashing out because he’s in deep pain. I kind of love that moment, it’s so powerful and so human. We’re mean to the people that love us, and I think that Amaro and Olivia has such a tight bond. As people turn against him I’m sort of the only one who is in his corner, so obviously he was pushing it.

You had such a challenging season last year. Those final episodes with Schreiber were fantastic, but so hard to watch.
Thank you. That was a grueling and excruciating season for me, I have to say.

What’s the rest of this season going to look like for Olivia? Will it be as challenging or harrowing?
I don’t think anything will be as challenging as last season. [Laughs] I really don’t. But the baby has framed everything Olivia is going through in a different way. Here was a woman that was completely focused on work, and alone. And now truly has something to live for -- literally has something to live for, she has to stay alive for this child. Her priorities have changed. I even noticed yesterday, I was doing a scene and I was running into a potential set-up and I noticed myself thinking differently. As Olivia, normally I’d go in there to get them, and this time I was like, “Be careful.” I noticed I talk to myself differently after having gone through what I went through with William Lewis, but also being a mother makes you act and think differently. That’s been fun, my inner life as a character is very different. 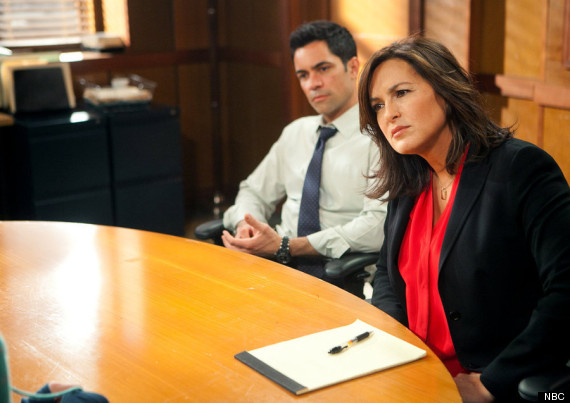 I also noticed an interesting moment in the episode when Tucker from IAB invites Olivia for a drink and she’s so surprised at his niceness.
Yeah, which was just the shock of all shocks, right? I sort of didn’t know what to do, you gotta play cool around him. But that was just an amazing shocker and, again, a fun, different color to play.

I know that you don’t know for sure about Season 17 yet, but if it gets picked up do you think you’ll return?
I certainly would love to. I have fallen so madly in love with this character. The show is doing so well, these writers, Warren and Julie [Martin], are cranking out these brilliant episodes that, I keep reading on Twitter, get better every week. I have to say I agree. Now there’s all these new places to go. Warren and his team are like a wealth of ideas, and I’m still very, very much engaged and loving the show.

Do you think you’ll direct again this season?
This season, no, but next I hope to. I’ve got to say, I love it.

Are there any updates on your upcoming documentary, “Shelved”? A release date, perhaps?
It’s going great, things are moving along so beautifully. Things are moving faster than we thought they would, in light of all the recent events. So I would say like a year and a half.