Her husband, investor and philanthropist Zachary Bogue, tweeted the good news on the morning of October 1.

This is the couple's first child.

On July 16, shortly after it was announced that Mayer had been lured away from her position as a VP at Google, the newly minted Yahoo chief posted on her personal Twitter account that she was expecting a boy.

The Yahoo board was aware of her pregnancy when they offered her the position, she told Fortune in an interview on July 16. "They showed their evolved thinking," Mayer said.

She also told Fortune at the time that she was not planning to take maternity leave but said she would "work throughout it."

Business Insider's sources have said that Mayer plans to bring her baby in to the office with her. She may even "knock down one wall of her office" to accommodate the little guy.

According to the New York Times, the child was not due until October 7.

Shortly after Mayer's pregnancy was announced, TechCrunch reported that she was the "first-ever pregnant CEO of a Fortune 500 tech company."

The Times called Mayer, 37, an "anomaly," writing that "[m]ost executives reach the top level later in their careers, after their childbearing years."

"Just 20 companies in the Fortune 500 have women chief executives, and all but three of them, including Ms. Mayer, are over 50. Deanna M. Mulligan, chief of Guardian Life Insurance, is 48, and Heather Bresch, chief of Mylan, is 43," the Times elaborated.

UPDATE: Apparently, the new baby hasn't been named yet. Journalist and consultant Jeff Jarvis tweeted that Mayer has emailed a large number of her contacts asking for suggestions for a baby name.

That means Mayer's already back online mere hours after giving birth. It seems likely that she won't be missing much work as she recovers. A Yahoo spokesperson told the Register that Mayer will be "working remotely and is planning to return to the office as soon as possible, likely in 1-2 weeks." In a statement given to Reuters, a Yahoo rep said Mayer will remain "involved in all critical decisions making" during that time. 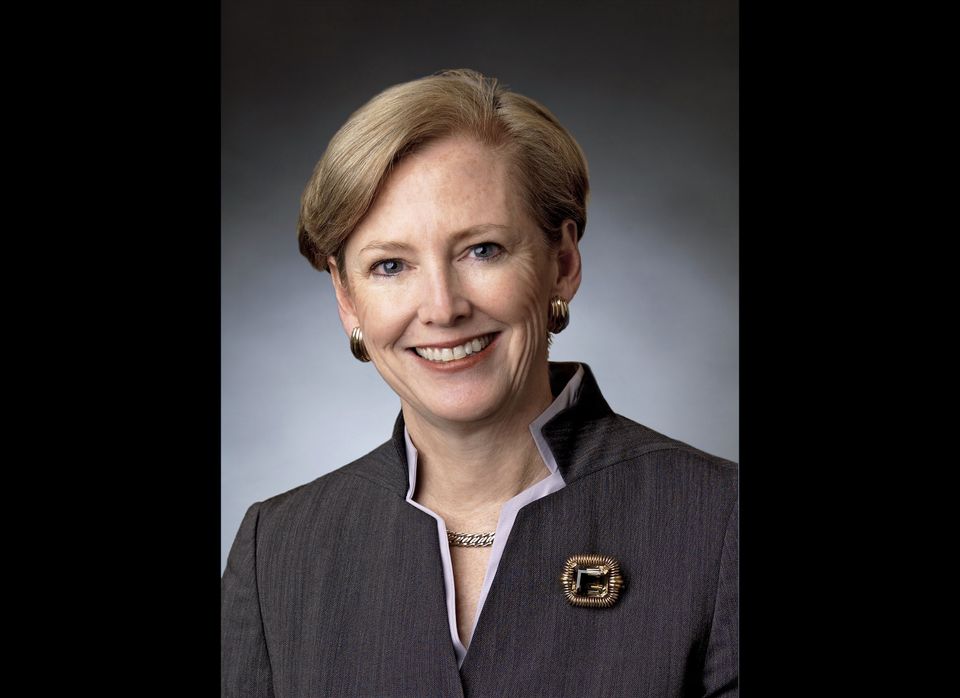 1 / 10
#9: Ellen Kullman, CEO Of DuPont
PeekScore: 7.32 / 10.00 <a href="http://www.peekyou.com/ellen_kullman/78658725" target="_hplink">Ellen Kullman</a> began her <a href="http://www2.dupont.com/Our_Company/en_US/executives/kullman.html" target="_hplink">career at DuPont</a> about 24 years ago, working her way from marketing manager up through the ranks of executive vice president to president to her current position as CEO and chair of the board, which she began on January 1, 2009.
DuPont