When Mark and Betsy Blondin emerged from the 2008 economic crisis with huge financial losses, they did what some would consider the unthinkable. They packed their lives into a couple of suitcases, left behind their hometown of Carlsbad, California, and set out for a roaming adventure.

The timing was right. Their eldest son and twin daughters had graduated from college, and the housing bubble had left their home as empty of equity as it was of children. When Betsy lost her publishing job as well, the couple decided it was time to make a big change.

"We kind of had this recipe for disaster, and we just tried to make the best of it," Betsy told The Huffington Post. "We kind of have been nontraditional [...] and we’ve always loved traveling, so when all this stuff happened, we just walked away from our house and said, 'OK, we’re going to go.'"

After hosting several rummage sales, moving the belongings they couldn't part with into a storage unit, packing two suitcases each and selling their home, the Blondins set out to travel the world. After spending a couple of months with family in Michigan and Florida, the couple began what they today call "slow traveling."

Spending several months at a time in each destination, Mark and Betsy -- today both 60 -- rent an affordable apartment and live like the locals do until they're ready to move on to the next location. From Spain to Mexico to Argentina to Slovenia, Mark and Betsy have spent the past five years roaming, visiting any place that piques their curiosity and offers an affordable living arrangement. 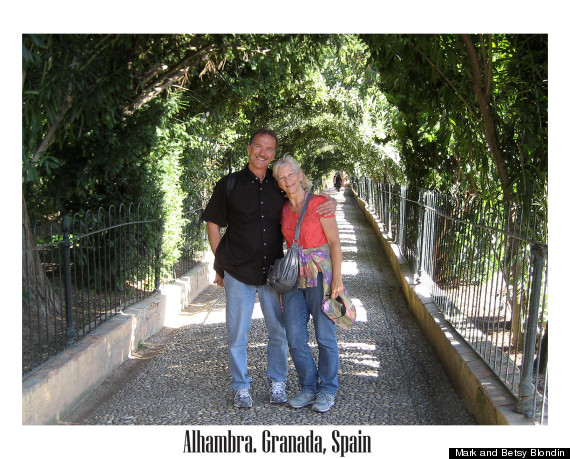 Both of them work remotely -- Mark at an online data storage company he founded in 2006, and Betsy as a freelance editor -- and are able to pay for their travel and living expenses as they go. Every time they want to move to a new country, they start by posting a Craigslist ad that describes how they will live in and care for another person's condo or apartment while the owners get out of town for a while themselves.

"Once we got started, it just kind of took on a life of its own, actually," said Mark. "Starting out, we had no real concept of where we’d end up, and financially, we didn’t have a nest egg. So we had to fund this as we moved along. You never know where the endpoint is." 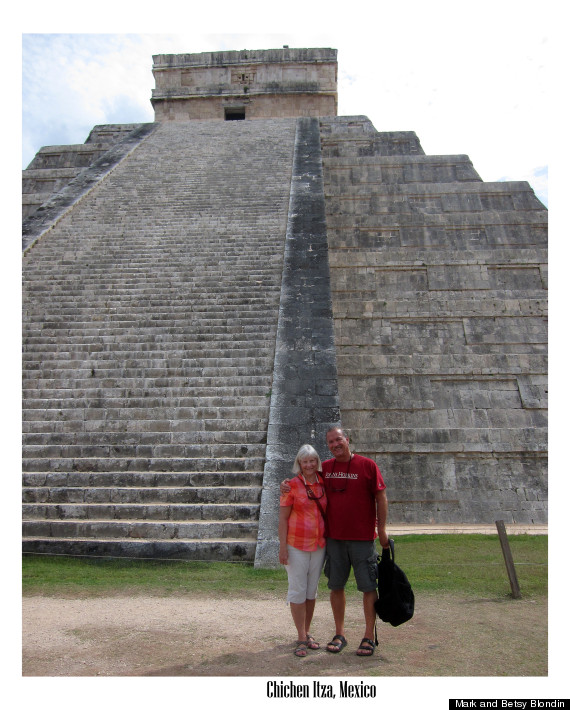 By remaining in each location for an extended period of time, Mark and Betsy say they're able to get a sense of what it would be like to live there permanently. Ultimately, they'd like to find a spot in the next 10 or 15 years where they could settle down -- a quaint place where they could create a new home base and then continue traveling for fun. In the meantime, they continue to explore, blogging about their adventures along the way.

Betsy enjoys immersing herself in each new community -- taking yoga classes, celebrating local holidays and meeting as many people as she can. She says this helps relieve the occasional loneliness she feels from leaving her old neighborhood and family behind. Mark is constantly inspired by the locals and by other travelers they come across.

"Along the way, we've met so many interesting people," he said. "You kind of go to the next spot wondering who's going to be there and what they're going to be like, and in that sense, just meeting spectacular people is a big plus." 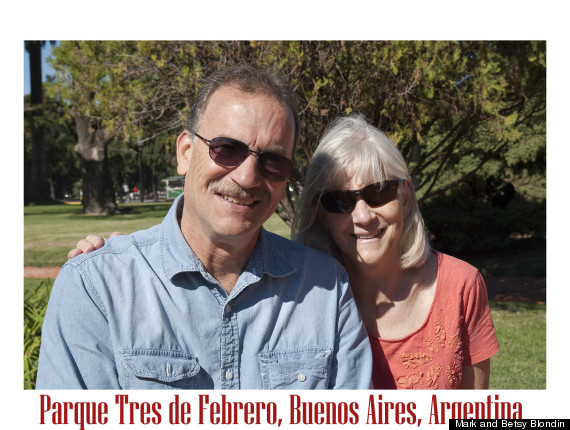 Even as the Blondins travel widely, they make an effort to stay connected to their previous life, especially when it comes to family. Mark and Betsy have been there every time one of their children has graduated from a master's program. They were present for Mark's mother's final days in 2010, and they continue to visit Betsy's 90-year-old mother in Florida. When they can't physically be somewhere, says Mark, there is always email and Skype.

The past several years of slow travel have not only helped them explore places they've always dreamed of visiting, but also helped them grow as individuals.

"One thing is we became more confident," said Betsy. "I think it gets easier with each new place because you’ve done it before, and you feel more comfortable and courageous in strange places. There’s always a real element of trust involved, too, when you’re talking to someone with a Craigslist ad with an apartment for rent." 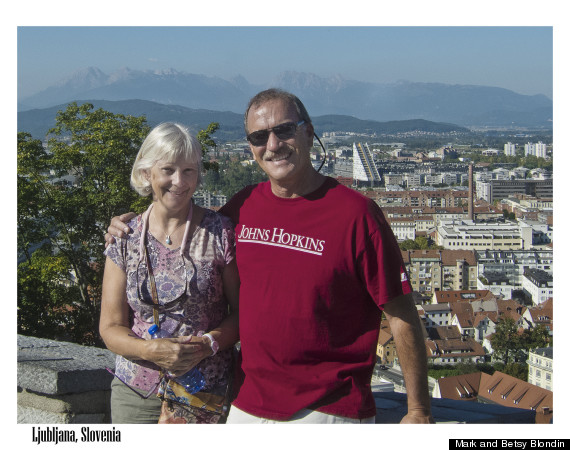 After 35 years of marriage, the Blondins say they haven't quite found the place that screams, "Yes, this is home." But for now, they're enjoying living life one destination at a time.

"It was very stressful, of course, the circumstances that led up to us leaving," said Betsy. "But it’s just been a good lesson of how we don’t need so many material things, and that you don’t need to drag a lot of baggage with you."

"Losing everything was a major traumatic event for us, and even now not having a lot materialistically is weird," she went on. "But it’s a freedom. You just don’t have anchors weighing you down."

How To Let Go