I rarely get star struck anymore, but I couldn't help myself this time. I recently attended the red carpet for the Spike TV Video Game Awards in Downtown LA, and Luke Skywalker himself, Mark Hamill stopped by to chat for a few minutes. While trying to ignore memories of reading the Star Wars books as a kid and seeing the movie for the first time, (Huge for me...my blog is called "Girl Meets Lightsaber" for Pete's sake.) I asked him about his amazing career as a voice actor, the upcoming live-action Star Wars television show and the surprising video games he's good at. By the way, Hamill tells me that he reads the Huffington Post every day. 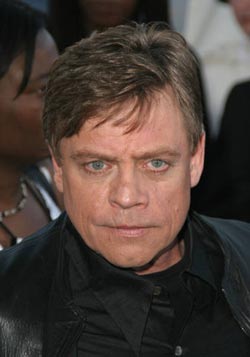 So you're up for an award tonight for your role as the Joker in Batman: Arkham Asylum. How is it revisiting this role? [note: Hamill played the Joker in the Emmy Award-winning Batman: The Animated Series from 1992-1995.)

Well, it's funny, because I am a lifelong fan. So it's important to me, mostly because I didn't want to disappoint the fans. And being a fan, I know how critical they can be. Part of the fun of it is the anonymity. I mean, people think, well, you're an actor. Shouldn't you want to be more know. But it's just so mysterious to be part of an animated project. And when you're in the dark, you can really mind-meld with the character in a way that you wouldn't ordinarily. When you're on camera, you really can get an appearance anxiety. How you're standing, how your hair looks, how you're wearing your jacket, which disappears when you do animation or video game, and I love it. I just love it. It's just thrilling. In other words, I would never get cast as the Joker if they could see me, I don't think. 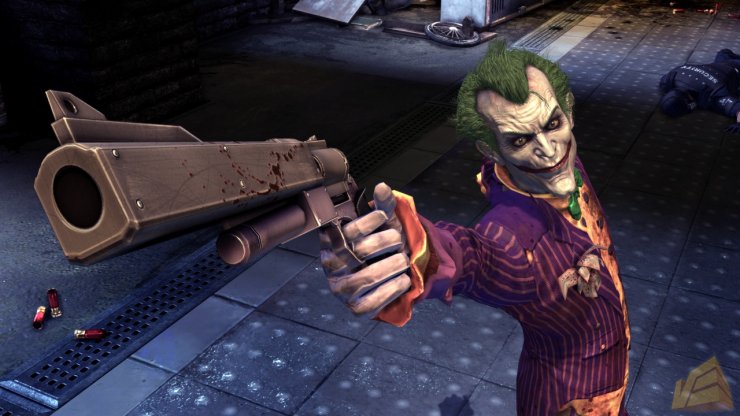 I remember when I first heard you were doing it...

Everybody goes, 'Oh, that Mark Hamill?

But your voice! You are one of the most recognizable voice actors ever.

What a thrill! I said I wanted...I went to New York and did six or seven Broadways shows. Elephant Man, Amadeus, and playing Tony Hart in a musical...because I wanted to be a character actor. I'm not a leading man, I don't think.

[laughs] You've only done the most iconic leading man role of all time.

Yeah, but he was like a farm boy. He wasn't really a traditional leading man. But what I'm saying is, be careful what you wish for, because I can't think of a character that's more 180 degrees in the opposite direction than someone who's iconic for his benevolence and his goody-goody kind of image. And Joker is wonderfully twisted and flamboyant. I love him because he's so unpredictable, you know? He can kiss you and kill you within a heartbeat. And he's dangerous in that way. So we had a lot of fun over the years. This one, because it doesn't fall under the auspices of Standards and Practices, you can be a little bit more violent and scary. So this one is pretty grim, I must say.

Do you play it?

Well, you know, I've...there was a sample game down at Comic Con that I tried. But I can't really say...I don't want to dig myself too deep. My boys and my daughter are much better than the old man, I have to say.

Do you have a video game that you love to play?

Arkham Asylum. [laughs] They laugh because the games that I could master were made for little girls. I said, 'I beat Little Mermaid! Yes!'

And they laugh so hard, because...I don't know. I think each generation has more of a facility to do these things. I get rattled. I don't like games where if you stand still, you get attacked by stuff. I like to just stand and let me gather my wits, and there's not many games that let you do that.

I have to ask you about the upcoming Star Wars live-action television show. Are you looking forward to that? And have there been any movements to get you on in some way?

I don't think it's set in the time frame. I don't know what the time frame is. My guess would be, if Luke appears, they'd want him younger. [laughs] So they'd get a different actor. I really don't know. But one think I think is a positive step in terms of it being a TV series is that they're going to really have to rely on good scripts rather than making it some special effects extravaganza. So he kind of got caught up in making it bigger and bigger and bigger and bigger until you're just exploding with special effects all over the screen like some fireworks display. And to me, I think it's more important to make the audience care about the characters. And I think with an hour script for TV, he might be able to reboot in a way that's positive.

What about playing a different character?