Mark Hamill has a history lesson for President Donald Trump﻿.

Hours after an interview aired in which Trump said he would “listen” if a foreign nation offered dirt on a political rival, the “Star Wars” icon offered up the words of a Founding Father in response:

John Adams wrote Thomas Jefferson on December 6, 1787, about American elections, “You are apprehensive of foreign interference, intrigue & influence. So am I." 👍
Our illegitimate "President" today: "Oh, give me a break- life doesn't work that way." 🤮#EmbarrassmentInChief https://t.co/zyRyOMYgtI

Trump on Wednesday said “there’s nothing wrong with listening” if a foreign power offers intel on a political rival.

“It’s not an interference,” Trump said. “They have the information! I think I’d take it.”

He also said he would only contact the FBI if he “thought there was something wrong.”

“I don’t think in my whole life I’ve ever called the FBI,” Trump said. “You don’t call the FBI.”

The quote cited by Hamill comes from a 1787 letter from John Adams to Thomas Jefferson. Adams would later become the second president, while Jefferson would serve as the third. 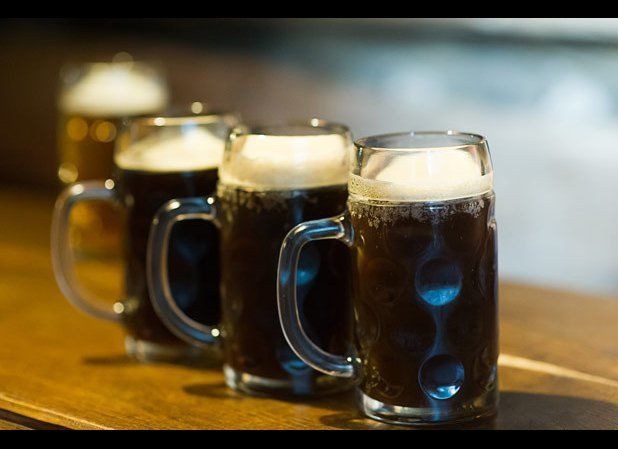 1 / 5
Beer
Though more difficult to make in the colonies than it was back in England, beer remained a daily staple of most colonial Americans’ lives for more than 200 years. Safer than water (because it was boiled, not because of the alcohol), there were even lower-alcohol versions, called Small Beer, brewed for children. Even the Puritans and Quakers who railed against alcohol consumption were actually only talking about distilled spirits. Beer and cider were just fine by them. <a href="http://www.thedailymeal.com/surprising-drinking-habits-our-founding-fathers-slideshow?utm_source=huffington%2Bpost&utm_medium=partner&utm_campaign=fathersdrink" target="_hplink"><strong>Click Here to Learn about the Surprising Drinking Habits of George Washington, John Adams, Thomas Jefferson and More of Our Founding Fathers</strong></a> <em>Photo Credit: Shutterstock </a></em>