Mark Hamill has been an intergalactic hero for decades now, but he’s also a great interview.

An video featuring the “Star Wars” star and Johnny Carson was recently resurrected by The Hollywood Reporter, and it is a treat. The interview is from a 1977 episode of “The Tonight Show,” just after “A New Hope” was released.

In discussion with Carson, Hamill mentions that there was a line in the film that he despised so much that he “begged” writer and director George Lucas to cut it. Naturally, Hamill could repeat the line, because it was ingrained in his brain.

“Boy, I’ll never forget it as long as I live,” Hamill told Carson (around 3:45 in the video above). “I sometimes dream about this line.”

The line the actor was directed to say was supporsed to come after Harrison Ford’s Han Solo says something to the effect of, “I’ve done my part of the bargain, when I get to an asteroid, you, the old man and the droid get dropped off,” after coming upon the destroyed planet of Alderaan.

But we can’t turn back! Fear is their greatest defense. I doubt if the actual security there is any greater than it was on Aquilae or Sullust, what there is is most likely targeted towards a large-scale assault.

That dialogue is certainly a mouthful and, ultimately, it didn’t end up in the film, but not for lack of Hamill trying to make it work.

At a Star Wars Celebration event in Orlando, Florida in 2012, Hamill referenced his issue with the complicated line: not knowing the tone.

“I was really begging George for some [direction], asking, ‘Is he sort of, like, being sarcastic here or what?’ And George just said, ‘Let’s do it,’ and turned his head. So I’m looking to Harrison, and he says, ‘I don’t know where he’s going with this.’”

Yeah, we’re not sure where Lucas was going with the line either, but we’re just as happy as Hamill was that it didn’t make it into the final film. Hopefully he’ll have better lines in “The Last Jedi.” 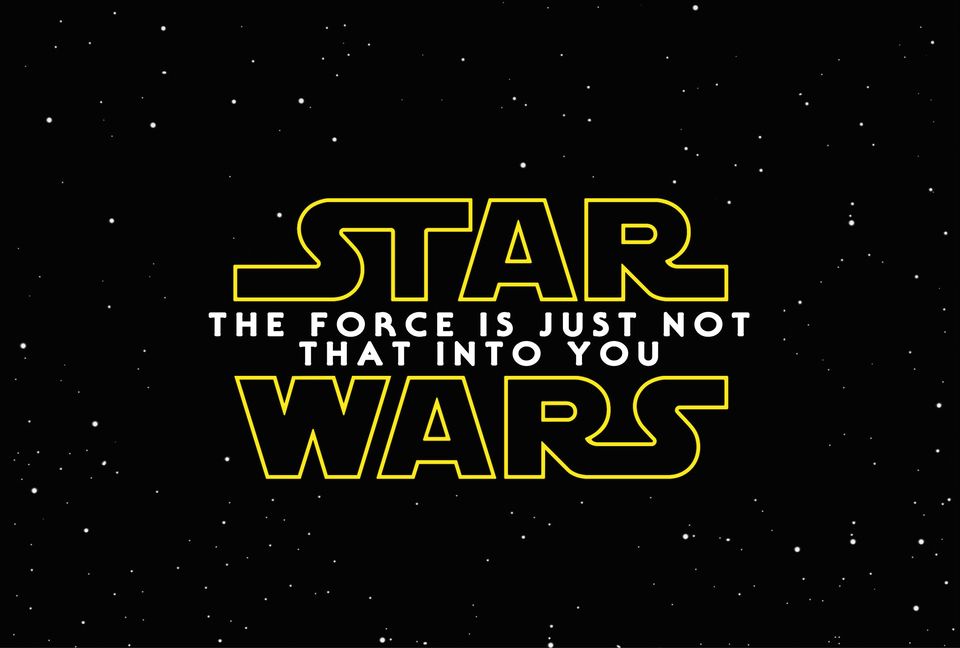