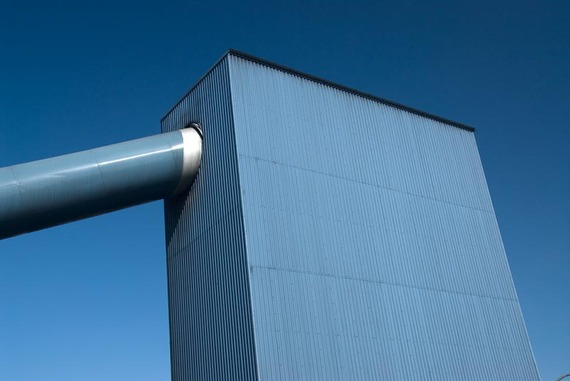 "I could pass 1000 silos or storefronts," says photographer Mark Indig, "but the one that speaks to me -- the one that makes me stop and take a picture -- is the one that surprises me and makes me wonder what I'm seeing." In the ongoing series "Building Codes" Indig's vernacular and fine art impulses equally augment his easygoing wanderlust, giving rise to a body of work that generates more than poetically quirky, awkwardly majestic images. This series expresses fundamental insights into how photography operates -- the accumulation of choices in subjects, crops, and perspectives that inform a photographer's interaction with the real world as they find it, even as they create wholly fresh images out of its found raw materials. 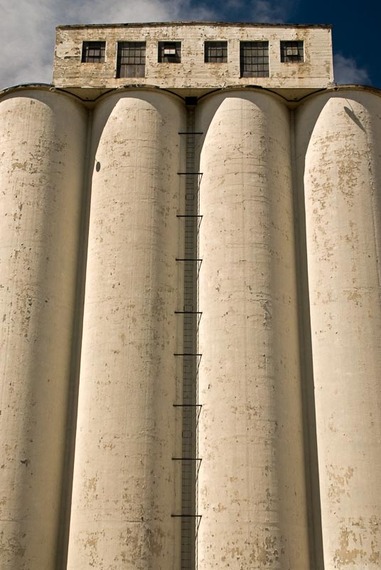 In "Building Codes," Indig approaches his surroundings like an architectural photographer, but he makes directive aesthetic choices like a painter -- and more, like a painter given to abstraction. He favors acute close-ups on rich textures, framing blocks of color and flattening intersecting planes -- cropping out contextualizing spatial and structural information in favor of chromatically saturated color-fields and exotic, collage-like patterns. When he does chose to show most or all of the building(s) in a composition, the additional information often begs more questions than it answers, deepening the mystery of purpose and provenance by revealing the full scope of the strangeness rather than teasing it out of details. Either way, Indig is attracted to properties that speak in riddles. In a sense, his most important photographic tool is not his camera or his lens, but his willingness and even eagerness to get lost -- a vestige from his former job scouting movie locations. 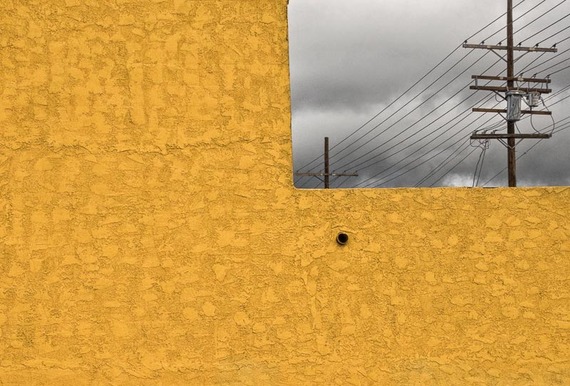 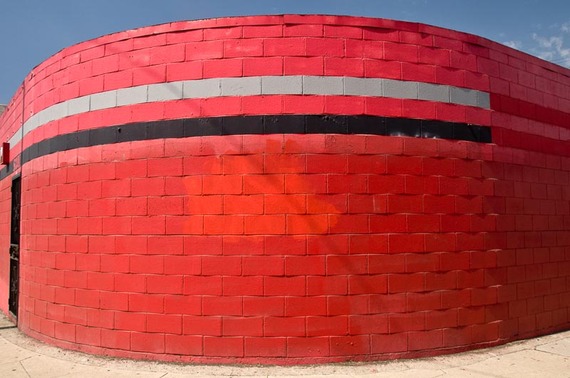 Perceiving the potential for in-camera abstraction and gentle visual puns in a variety of diverse circumstances, this attraction is available to Indig in a range of aesthetic guises. Among his mutant muses one finds examples of structures that are monumental, crisp, clean and proudly brand new, along with others that have clearly stood for decades, if not centuries -- not so much in decay as wearing their wrinkles with weather-worn pride. He appreciates the dazzling and disorienting properties of reflective glass, the melancholy of a busted window, the patina of rust and layers of rubbed-off colors -- and most especially the roughly textured eye-candy of a new coat of paint on wood, metal, brick, or concrete. He has a special love for plywood, its cheapness and the complex beauty of its sinewy, mottled, fractal woodgrain. But Indig is adamant that he gives it all equal billing, saying, "I see it as all the same, without regard for class, condition, or purpose." Through equal application of visual treatments, he makes none more heroic than any other. The Pacific Design Center and poured concrete silos. Inscrutable red and yellow bunkers, and seedy businesses beguilingly decked out in apogees of Outsider design. Sites of uncertain industry, and fragile clapboards still flush with life. 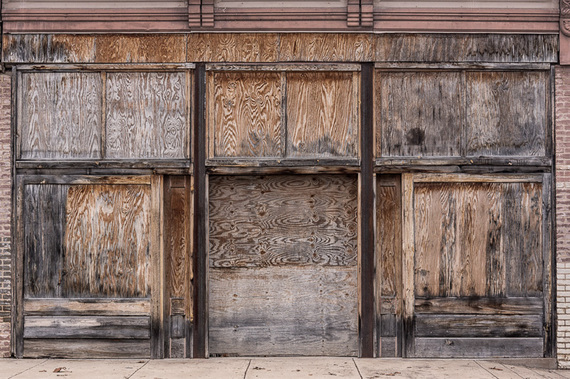 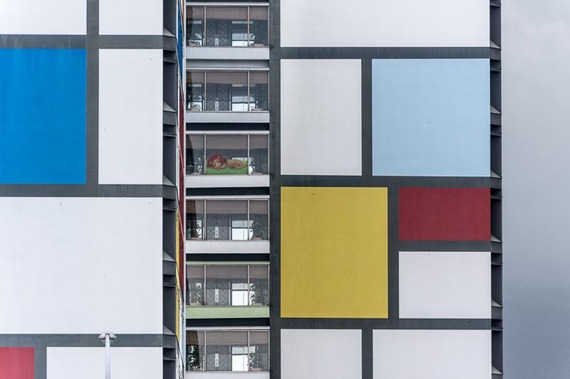 These are encountered, stumbled-upon places, by turns charming and weird, impressive and melancholy, inviting and forbidding. Their sites have myriad stories tucked in crevices, beneath alluring surfaces. But Indig doesn't ask follow-up questions, preferring "to know, but not really know." He seeks instead to preserve the moment of eccentric surprise for the viewer, as neither can help thinking -- Who made this, and to what end? Does it look the way they intended? Do they think it's classy, imposing, artsy, ironic, or what? At their best when divorced from obvious functionality, the images resolve themselves fairly quickly -- but that first moment, where the viewer has yet to work out the setting, is a bit magical. "There is a purity in keeping the mystery alive. But I also love that all of this is just out there in the world, waiting to be seen." And that is why though Indig may have a painter's eye, he has a photographer's calling. The enthusiastic but unsentimental formalism of the camera's eye is an equal partner and trusted advisor in Indig's quest to decode the world we have built. 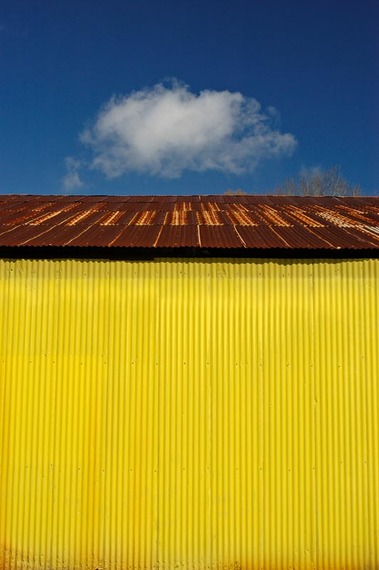 Indig's work will appear in the landmark exhibition A CITY RUNS THROUGH IT, examining one of his favorite subjects -- the LA River -- at KEYSTONE ART SPACE from FEBRUARY 20 (reception Feb 20, 7-10pm) through MARCH 2. 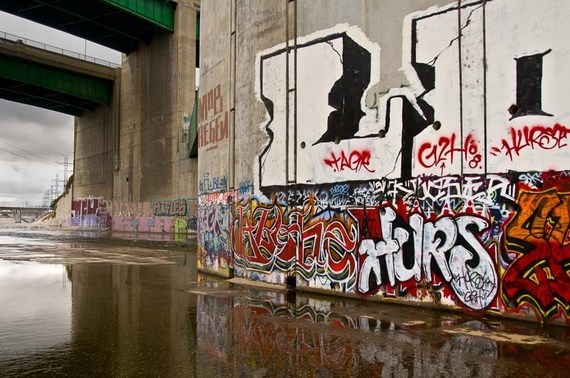 Indig's book of the same name is available on demand HERE, with a foreword by poet laureate of the LA River, the iconic Lewis MacAdams.