After his heart-warming fist bump with President Obama at this year's State of the Union address, Illinois Senator Mark Kirk is having another feel-good Internet moment.

Sen. Kirk, who returned to Congress this January after recovering from a massive stroke, tweeted an snapshot of him smiling at a "get well soon" message from one of the most famous women in the world:

Thanks Jennifer Aniston for the well wishes pic.twitter.com/8n6afXVI63

Though Hollywood stars and GOP members haven't always had the coziest of relationships, the senator has made no secret of his fondess for the former "Friends" star.

According to U.S. News And World Report survey in 2010, Kirk said his "favorite comedian is Sam Kinison and his favorite movie star is Jennifer Aniston." 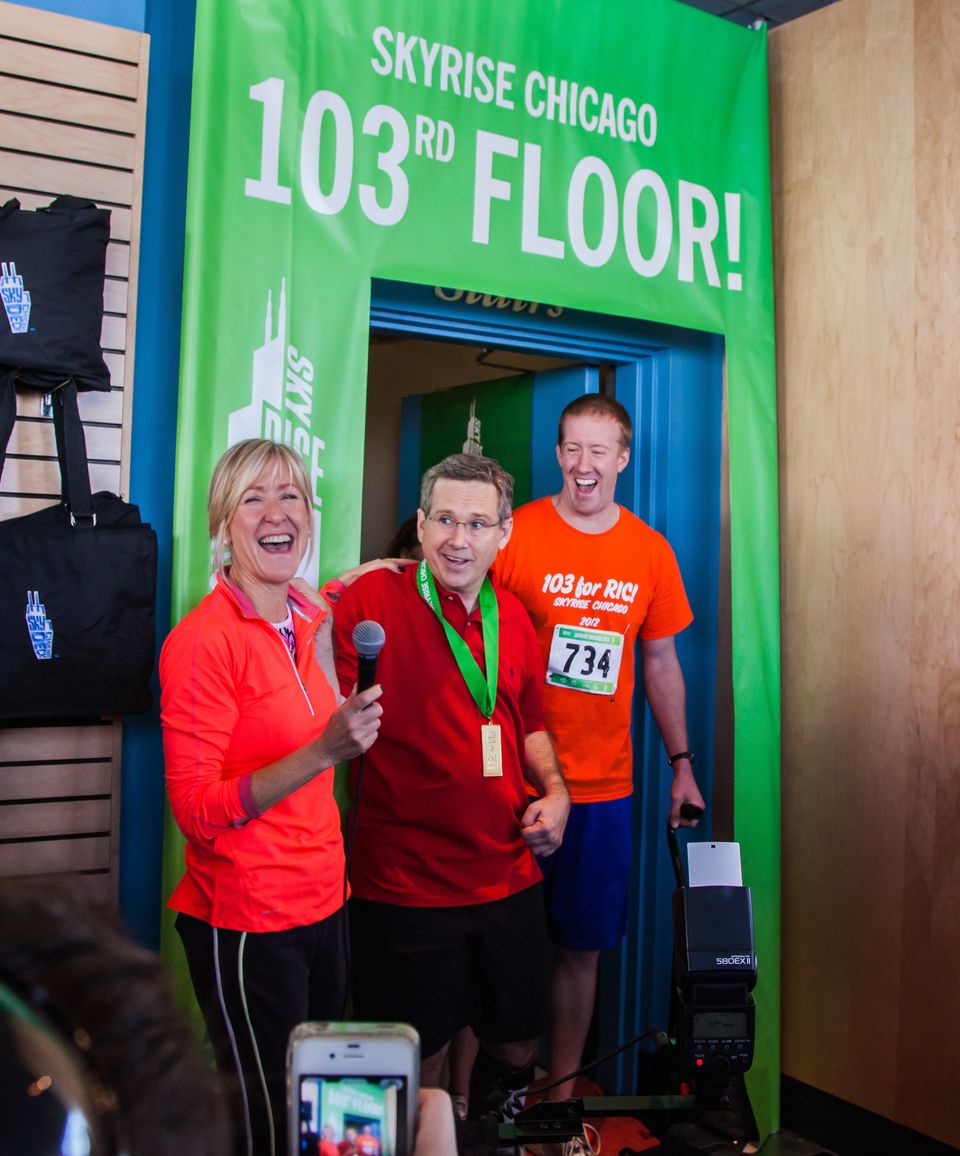 1 / 12
In this Nov. 4, 2012 file photo, U.S. Sen. Mark Kirk, center, is acknowledged after emerging from the 103rd floor stairwell at Chicago's Willis Tower during the Rehabilitation Institute of Chicago's SkyRise Chicago event, a fundraiser, where Kirk is a patient. On the left is Joanne Smith, M.D., president and CEO of the RIC. Behind Kirk is Michael Klonowski, a physical therapist who is assisting Kirk with his recovery from a stroke. Kirk hasn't been back to the U.S. Senate since suffering a stroke earlier this year, but WLS-TV reports he's planning to return in January. (AP Photo/Teresa Crawford, File)
AP