When U.S. Sen. Mark Kirk (R-Ill.) entered into a Chicago-area hospital after suffering a stroke in January, the senator used a fake name, presumably to keep his condition out of the public eye initially.

The Chicago Tribune reports that Kirk checked in at Lake Forest Hospital using the alias Hillel Underwood in order to "enhance his privacy" and to "reduce the chances of unwanted visitors during his medical crisis," according to a Kirk aide.

The senator had been suffering dizziness and headaches when he checked in to the hospital and doctors subsequently discovered a "carotid artery dissection." Kirk was transferred to Chicago's Northwestern Memorial Hospital where tests revealed he had suffered a stroke and he underwent emergency brain surgery.

Kirk, 52, is well on his way to recovery. In May, his office released a video detailing Kirk's work at the Rehabilitation Institute of Chicago, where he's working to regain his ability to walk and speak normally. He continues to be treated at the facility on an outpatient basis. Friends and colleagues of Kirk say the senator continues to have his eye on a return to being an active member of the U.S. Senate.

Meanwhile, another high-profile Illinois politician -- U.S. Rep. Jesse Jackson Jr. (D-Ill.) -- is on leave while he is being treated at an inpatient medical facility for "physical and emotional ailments." His office has not disclosed his location or provided any details of his medical condition.

The secrecy surrounding Jackson's condition has drawn the criticism of some of his constituents who say they deserve a less cryptic status update on their congressman.

"Who represents us?" Bishop Lance Davis of the New Zion Christian Fellowship in Dolton asked NBC Chicago. "And if he has a personal issue, then let us hear about it. Let us know what it is. We at least deserve that." 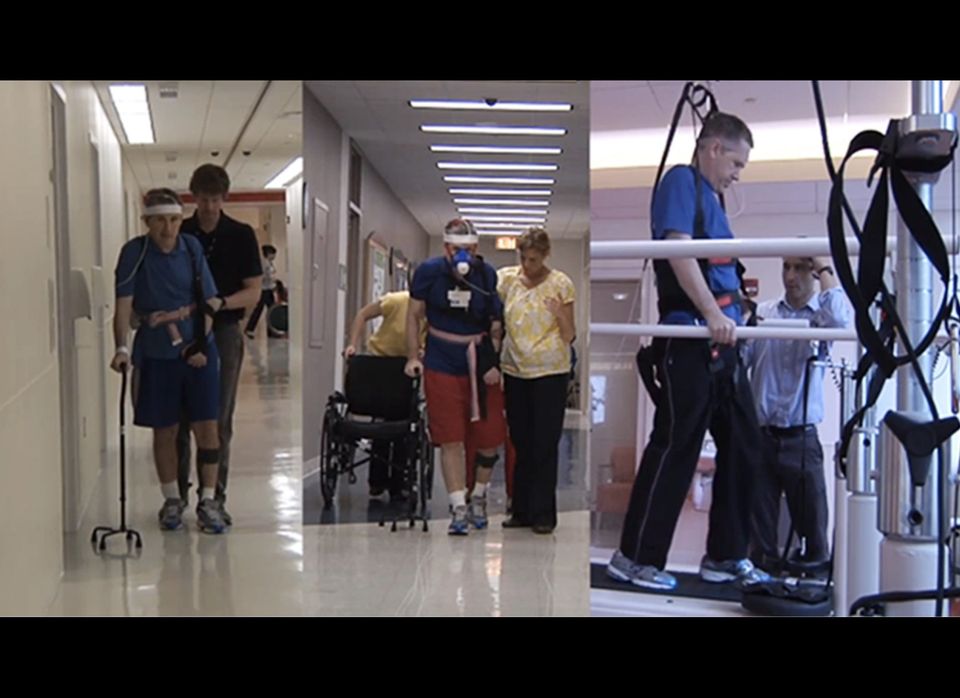 1 / 9
In this series of three photos taken from video released Tuesday, May 8, 2012 by Sen. Mark Kirk's office, Kirk performs various walking exercises at the Rehabilitation Institute of Chicago following a stroke he suffered in January 2012. In the video, Kirk gives his first public remarks since suffering the stroke. On May 3, Senator Kirk was released from the RIC and moved home with his family. (AP Photo/Courtesy Sen. Mark Kirk's office)
AP