This week, Shakespeare’s most famous characters are storming the streets of London.

At various landmarks scattered around the city, unsuspecting members of the public will find themselves engaging face-to-face with actors performing monologues and scenes from Shakespeare’s plays.

The event, “What You Will: Pop Up Shakespeare” was created by English actor Mark Rylance, (dubbed as the “most quicksilver of stage presences”), who has described the flash mob-esque series of events as “a random act of senseless beauty and artistic ambush.”

The spontaneous events, which began on Tuesday and run through Sunday, follow a similar pattern each time. Actors and singers, dressed in street clothes and at first indistinguishable from the crowd, erupt into monologues and perform meticulously rehearsed “flashmob moments”. The actors (all 50 of them) are a dynamic group and range from ages 17 to 70 and iclude deaf and disabled actors.

The pop-up cultural event strives to break the confines of conventional theatric space, literally making true "all the world's a stage, and all the men and women merely players." As Jonathan Moore, director of the project, told The Guardian, “Theatre shouldn’t really be -- and it tends to be too much -- white, middle-class Oxbridge types speaking in posh voices.” Moore is at once speaking about his diverse casting choices and at the same time speaking to the general lack of diversity of the contemporary theatre audience.

In Marjorie Garber’s Shakespeare After All, she directs us to poet and playwright Ben Jonson who said Shakespeare “was not of an age, but for all time.” The urgency of Shakespeare’s words will never fade, for he speaks to the undercurrents of human experience. Cheers to more events like this that bring Shakespeare’s words to their rightful owners: all of humanity.

We spoke to Justine Simons, Head of Culture at Greater London Authority and the director of "What You Will," Jonathan Moore about the origins of the project, the response from the public, as well as why Shakespeare matters. Be sure to take a look at the slideshow below for photos from the event as well as Twitter reactions from the first day.

HP: How did the idea come about?

Justine Simons: Me being at the Mayor’s office and thinking about how we were approaching this summer, it just seemed to be the perfect fit because one of the things we’ve been trying to do is really lay the ambition of all of our arts programming over the summer, so just in the same way that the athletes are kind of challenging themselves to reach their best; in a way we’ve been kind of challenging the artists.

It’s a celebration really, of the Olympics, it doesn’t just stay in the stadium. Hopefully it will help people see the city in unexpected new ways.

Jonathan Moore: Really, really good. Really amazingly good. Overwhelmingly good. They’ve been astounded, they’ve been laughing. It’s very simple but very powerful. Especially when you’ve got fully trained professional actors doing Shakespeare. From 17 to 70 and from all sorts of backgrounds. We’ve got two down syndrome actors, we’ve got two deaf actors--signing their lines from Love Labour's Lost with an interpreter. We’ve got a wheelchair using female actor doing “All the worlds a stage.”

HP: Have you ever done something like this before?

Jonathan Moore: You know the idea of bringing Shakespeare to people like this, who don’t even know you’re doing Shakespeare until sometimes halfway through the piece, it’s liberating in a very conversational way. It’s accessible without sacrificing the quality because you’ve got these professionally trained actors who know how to deliver iambic pentameter.

[One starts by] talking to people and then you segue into the Shakespeare and they don’t even know that you’ve done it. They’re enjoying Shakespeare without even realizing to remember that, “Oh my God, I don’t like Shakespeare.”

Jonathan Moore: You know it’s almost like a hallmark of good work in a way. You hear it and it still sounds fresh. I think when you touch on the truth about humanity, and what it means to be human, then it’ll last forever.

“What You Will: Pop Up Shakespeare” is organized as part of the Mayor of London Presents Programme and the London 2012 Festival and will run through Sunday September 2. The exact times and locations remain undisclosed, but one can register at www.molpresents.com/surprises and follow @molpresents and @London2012Fest on Twitter for updates. 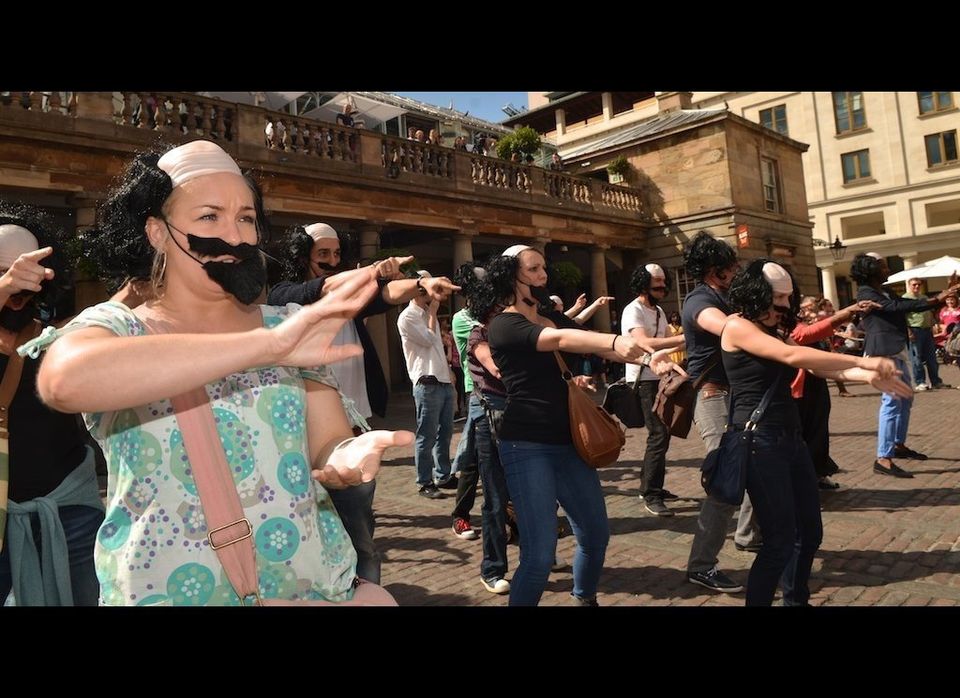