In his first start since 2012 when he was a member of the New York Jets, Sanchez guided the Philadelphia Eagles to a 45-21 victory. Shortly after the game, Sanchez stopped by Pat's and Geno's in South Philadelphia and celebrated with Eagles fans while enjoying a Philly cheesesteak. Some took selfies with him while another supporter even offered up his cheese fries. Sanchez had apparently made a promise before the game to have a cheesesteak if the Eagles won on "Monday Night Football."

Not only did the Eagles win, Sanchez did something he has never done before. Filling in for an injured Nick Foles, Sanchez threw multiple touchdown passes (two) and had over 300 passing yards without committing a single turnover for the first time in his career, per ESPN Stats and Info.

“I think when you take a step back, you appreciate it so much and you miss it so much,” Sanchez said, via CSNPhilly.com. "I kept telling myself when I was out that I don’t ever want to be out again until I retire. I want to keep playing." 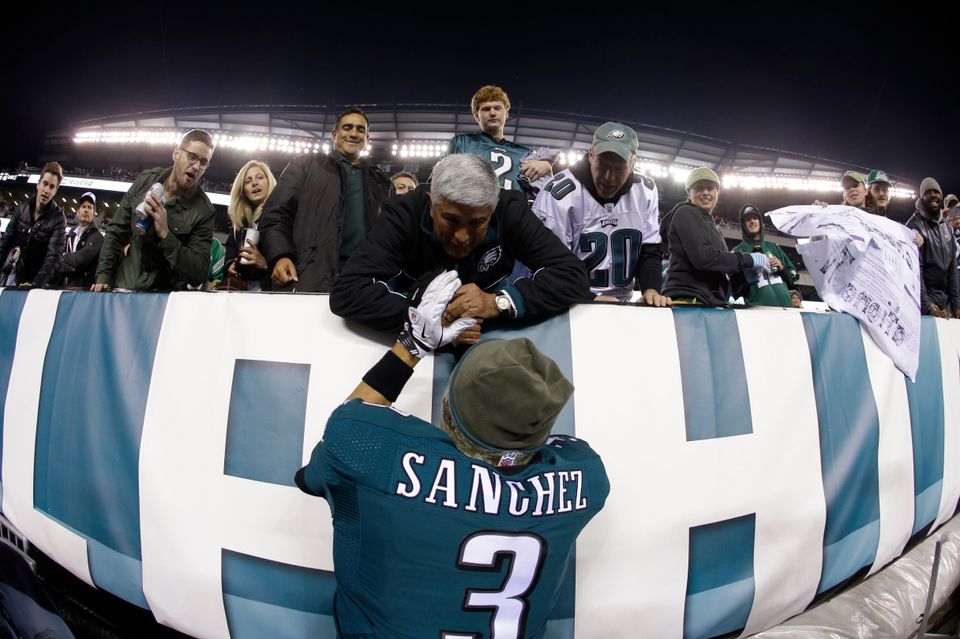