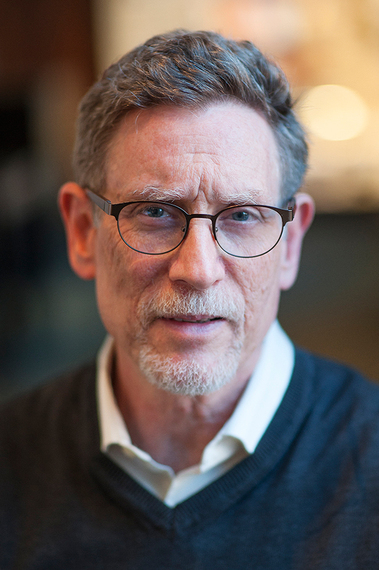 In a series of three thematic exhibitions, Mark Scala, the Chief Curator at the Frist Center for the Visual Arts, has explored

three progressively disruptive considerations of the subject of the body as a manifestation and metaphor of transformation.

This series of exhibitions raises questions and uncovers new ways of seeing. In this conversation, Mark Scala talks to us about the importance of the theme - i.e., the human body - and the significance of curating a series. He also describes for us in detail how each one of the exhibitions addresses the human body.

Lilia Ziamou: You have a long standing interest in the representation of the body in contemporary art. How did this come along?

Mark Scala: I am drawn to art that addresses big questions, and there is no better subject than the body to convey the paradoxes of life, love, loss, and time. We all share the languages of the body, its expressions and gestures, its tenderness and resilience, its biography of scars, wounds, and illnesses. Representations or performances of the body can be deeply personal, while metaphorically linking intimate experiences to politics, technology, and spirituality.
The mind-body problem offers a particularly rich field of inquiry, with philosophers asking questions such as "What are their degrees of co-dependency? Can one exist without the other?" It is the foundation for the exploration of correlations between inner and outer, private and public, the machine and the soul. Neurologists begin to unravel the mind-body conundrum by observing that the brain contains an interactive map of the body, which enables it to monitor all points and sensations and help the mind to direct thought and emotion toward appropriate physical actions or sensations. If the actions of an individual body mirror this chart, the actions of a body as a unit of the larger population may also be seen as mirrors of societal directives and impulses. In short, the body is a great subject for art because it is the primal intersection between the mind and the world.

Lilia Ziamou: You have conceived and organized three thematic exhibitions on the human body. What is the significance of curating a series for the museum's audience?

Mark Scala: These exhibitions are meant to offer three progressively disruptive considerations of the subject of the body as a manifestation and metaphor of transformation. In creating these broad thematic exhibitions, I have hoped that audiences will be shaken by the power, beauty, and relevance of the subject of each. As with any thematic show, the intent is to juxtapose extraordinary works of art in a way that will expand their individual meaning. Ideally, viewers will enter into conversation between artists and artworks, drawing from their own store of memories and experiences to come away with a new way of looking at the world, which is at the heart of our vision for all Frist Center exhibitions.

Lilia Ziamou: The first exhibition in the Frist Center series, Paint Made Flesh (2009), was an international survey of figure painting in Europe and the United States since World War II. What is the connection between paint and flesh?

Mark Scala: Paint is well suited to the portrayal of the body. It can retain the appearance of its liquid state and become like tears, saliva, sweat; in its viscous state, it is like blood or bile. It can appear to have the sponginess of fat, the elasticity of sinew and skin, the softness of hair and the hardness of bone and tooth. It can even suggest an aura of energy surrounding the body. Paint's capacity for translucence enables one to see through the surface and into the body, and even to imagine, as with artists ranging from Hyman Bloom to Francis Bacon, the inside coming out--the psychological interior bleeding through to visibility. To gouge paint is a kind of scarification; to peel it or scrape it a form of flaying. To smooth it over is to produce an illusion of perfection, whether to convey ideals of youthfulness or refer to the plastic or cosmetic burying of evidence.

Lilia Ziamou: Fairy Tales, Monsters, and the Genetic Imagination (2012) was the second exhibition in the series and explores the symbolism of the hybrid body. What are the foundations of this exhibition?

Mark Scala: In classical traditions, the image of the youthful, unbroken, and healthy body often symbolized humanity's capacity to transcend the contradictions of life, to escape from time, disease, and war, and to pose a divine ideal to which humanity could aspire. Yet across cultures, mythology and folklore have acknowledged that the intrinsic split between competing elements and impulses is, paradoxically, the thing that makes us most human: people are beasts imbued with imagination and reason. In cultures around the world, this dualism is symbolized in hybrids of human and animal--in magical tales in which an oppressed child can fly away like a bird, a mermaid conflates erotic desire with the allure of the sea, and a werewolf is an expression of our bestiality. If in the past such impossible adaptations occupied the psychic gaps that reason could not allow, what about the present and future, as science provides ways to create real hybrids? What will we make, and what emotional and social needs will such constructions fulfill? These were the questions posed in this exhibition by artists David Altmejd, Patricia Piccinini, Kiki Smith, Saya Woolfalk, and others.

Lilia Ziamou: The upcoming exhibition, Phantom Bodies: The Human Aura in Art, will open this Fall at the Frist Center for the Visual Arts. What are the main themes of this exhibition?

Mark Scala: The title alludes to the phantom limb syndrome, in which the missing member is still felt, through pain or as a functioning body part, to be in its former place--giving a palpable sense of presence in absence. The exhibition focuses on four interrelated ways of conveying this experience. First, in works by Christian Boltanski, Shirin Neshat, and Doris Salcedo, objects and photographs serve as memento mori, evidence of life's ephemerality. In the second section, moving from the physical to the immaterial, Magdalena Abakanowicz and Ken Gonzales-Day employ imprints or shadows as signs of both the erasure of mass trauma victims from history, and the desire to reconstitute the memory of their lives and deaths. In the third approach, Anish Kapoor, Sally Mann, Teresa Margolles, and Ana Mendieta transform the body by sublimation--flesh shown as light, liquid, ashes, or clay, reminders of our ultimate return to the elements. And last, Damien Hirst, Shirazeh Houshiary, Elizabeth King, and Bill Viola consider consciousness in relation to the body: Where does one end and the other begin? Is there a life force, a soul, that can exist outside its biological host? The exhibition is a reminder that art continues to fulfill its ancient function of providing a way of remembering, serving as a beautiful surrogate for people who are no longer physically there.