The players on Auburn's football team weren't the only ones close to a major win on Monday night. Auburn fan Mark Skiba came within 79 seconds of a longshot wager paying out $50,000.

With the team coming off a disastrous 3-9 2012 season, Skiba had his father place a futures bet in January 2013 on Auburn to win the 2014 BCS National Championship Game at 500-1 odds at the Paris Hotel & Casino in Las Vegas. Fast forward nearly a year later and the Tigers were holding a 31-27 lead over undefeated Florida State with just 1:19 remaining in that title tilt.

This 39-year-old Auburn alum wasn't the only prescient bettor to land favorable odds on Gus Malzahn's squad to win it all. The Las Vegas Hotel revealed it had 14 bettors take Auburn at 1000-1 odds.

"Being in the gambling world every once in a while you're going to get in situations that might not be favorable for your property," LVH's Jay Kornegay told the Associated Press after Auburn clinched a spot in the BCS title game. "This is one of them."

Skiba's wager began garnering attention two days before Auburn played in the SEC Championship Game against Missouri when he shared an image of his ticket with ESPN sports business reporter Darren Rovell via Twitter.

From that tweet on, Rovell chronicled Skiba's story, including his initial decision not to hedge his bet by wagering on Florida State once the title matchup was set.

The undefeated Seminoles were double-digit favorites by the time the teams arrived in Pasadena for the big game. Skiba, meanwhile, traveled to Las Vegas to watch in a setting where he would be able to place an in-game wager if he so desired.

After the game kicked off at the Rose Bowl on Monday night, those following Skiba on Twitter could read that he became rattled, very rattled as it went along.

Here a few of his tweet from the first half:

A football game has started.

With his Tigers holding a 21-10 halftime lead, Skiba dialed into a live video chat for FOXSports.com to talk about his mood and his plans for the potential winnings that seemed likely than ever.

“I’d probably give most of it away to people who really need it,” he told Clay Travis and Todd Fuhrman of FOX Sports.

After a cagey third quarter in which the only score was a 41-yard Florida State field goal, Rovell tweeted out an update on how close Skiba was to the payout.

Auburn fan @markjskiba is one QUARTER away from collecting $50,000 off his $100 bet pic.twitter.com/L1rO4zrVxp

At that point, the scoreboard numbers started spinning like a slot machine. After the two teams combined for 34 points through three quarters, they put up 31 in the frantic final quarter. Understandably, Skiba's Twitter feed was all over the place.

After the title combatants traded the lead with a pair of thrilling touchdowns deep into the fourth quarter, Heisman Trophy-winning quarterback Jameis Winston delivered the national championship for Florida State and saved the Paris Hotel & Casino from having to pay Skiba with a game-winning touchdown pass with 13 seconds remaining.

Despite the circumstances, Skiba seemed quite calm.

Oh well. It was fun while it lasted. Peace, love and War Eagle.

Before signing off Twitter for the night, Skiba did let everyone following him know that he had made a late bet on the Seminoles and wouldn't be coming away completely empty-handed.

One last thing - I caught FSU at Even money early in the game for $2K. So that should make some of you feel better 😉

Given the dramatics of the fourth quarter, Joe Fortenbaugh of National Football Post wondered if Rovell put "the mush" on by touting Skiba's ticket so close to the end of the game.

"If your pitcher has completed five innings of work without surrendering a single hit, you stay as far away from that dude as humanly possible," wrote Fortenbaugh. "If your buddy is on the verge of breaking 80 for the first time in his golfing career, you keep your mouth shut and stay out of his way on the greens. And you NEVER, under any circumstance imaginable, make mention of a potential winning sports wager before the clock strikes zero."

So long little buddy. It was a fun ride. pic.twitter.com/AI2udwzZvy

After saying goodbye to his famous BCS betting slip, he moved on to another sporting event and another wager. 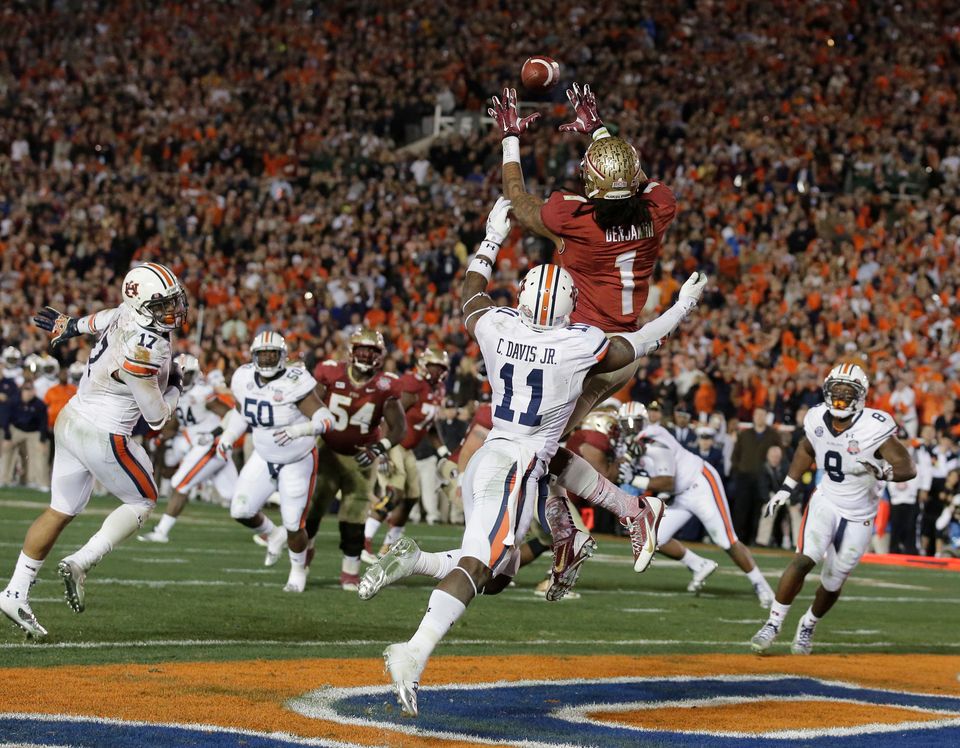