The following is an excerpt from the Autobiography of Mark Twain, Volume 2. It is a journal entry from January 17, 1901 about his dinner with Helen Keller.

Helen Keller dined with us yesterday evening. She was accompanied by Mr. and Mrs. Macy. Mrs. Macy became her first teacher in the neighborhood of twenty years ago, and has been at her side ever since. Helen Keller is the eighth wonder of the world; Mrs. Macy is the ninth. Mrs. Macy’s achievement seems to me to easily throw all previous miracles into the shade and take the importance out of them. Helen was a lump of clay, another Adam—deaf, dumb, blind, inert, dull, groping, almost unsentient: Miss Sullivan blew the breath of intelligence into her and woke the clay to life. But there the parallel ends. From that point onward there is no twinship between Adam and Helen; in fact the twinship does not reach quite that far, for neither light nor intelligence was blown into Adam’s clay, but only the breath of physical life. Adam began his career without an intel- lect, and there is no evidence that he ever acquired one. Helen is quite a different kind of Adam. She was born with a fine mind and a bright wit, and by help of Miss Sullivan’s amazing gifts as a teacher this mental endowment has been developed until the result is what we see to-day: a stone deaf, dumb, and blind girl who is equipped with a wide and various and complete university education—a wonderful creature who sees without eyes, hears without ears, and speaks with dumb lips. She stands alone in history. it has taken all the ages to produce a Helen Keller—and a Miss Sullivan. The names belong together; without Miss Sullivan there had been no Helen Keller.

At dinner the stream of conversation flowed gaily along without let or hindrance, the deaf, dumb, and blind girl taking her full share in it, and contributing her full share of jest and repartee and laughter. Every remark made was reported to Helen by Mrs. Macy with the fingers of one hand, and so rapidly that by the time the utterer of it had reached his last word, Mrs. Macy had delivered that word into Helen’s hand, so there was no waiting, there were no intervals. This is a wonderful thing, for the reason that Mrs. Macy does not use shorthand forms, but spells each word out. Her fingers have to move as swiftly as do the fingers of a pianist. The eye of the witness is not quick enough to follow their movements. 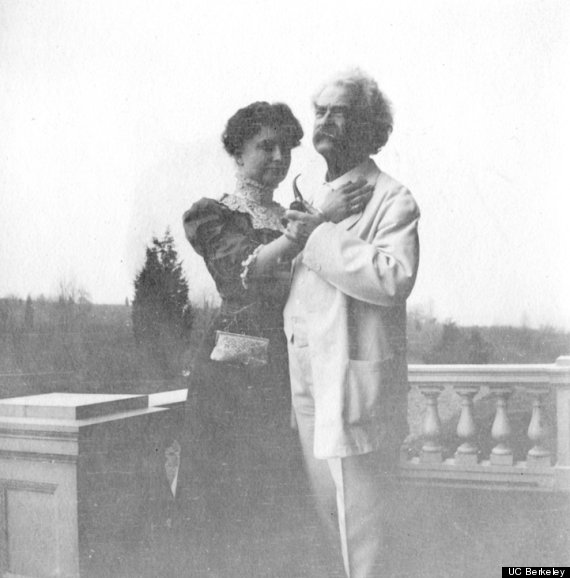 Helen’s talk sparkles. She is unusually quick and bright. The person who fires off smart felicities seldom has the luck to hit her in a dumb place; she is almost certain to send back as good as she gets, and almost as certainly with an improvement added.

i had not met her for a long time. in the meantime, she has become a woman. By this i mean that whereas formerly she lived in a world which was unreal—a sort of half world, a moon with only its bright and beautiful side presented to her, and its dark and repulsive side concealed from her—i think she now lives in the world that the rest of us know. i think that this is not wholly a guess. i seemed to notice evidences all along that it is a fact. i think she is not now the Helen Keller whom Susan Coolidge knew, and about whom she wrote, with such subtle pathos and charm:

Behind her triple prison-bars shut in She sits, the whitest soul on earth to-day.

no shadowing stain, no whispered hint of sin, into that sanctuary finds the way.

That was all true in those earlier days. When i first knew Helen she was fourteen years old, and up to that time all soiling and sorrowful and unpleasant things had been carefully kept from her. The word death was not in her vocabulary, nor the word grave. She was indeed “the whitest soul on earth”—the poet’s words had said the truth. “To her mind— 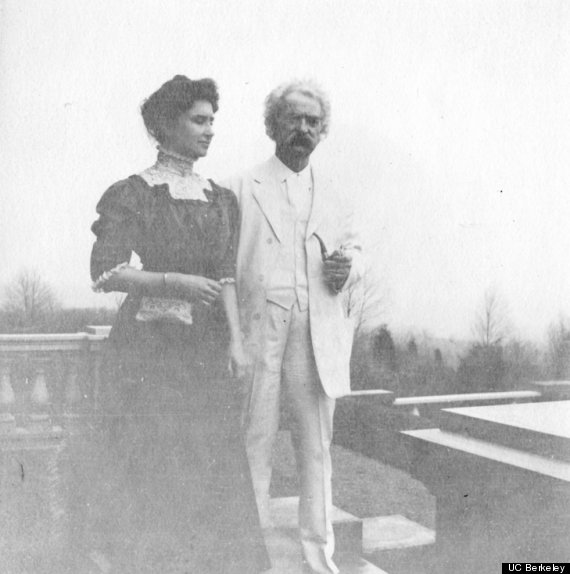 The world is not the sordid world we know; it is a happy and benignant spot Where kindness reigns, and jealousy is not.”
i am sure she has lost that gracious world, and now inhabits the one we all know—and deplore. The poet’s description of Helen’s face is vivid, and as exactly true as it is vivid:

Like a strange alabaster mask her face, Rayless and sightless, set in patience dumb, until like quick electric currents come

The signals of life into her lonely place; Then, like a lamp just lit, an inward gleam

Flashes within the mask’s opacity,

The features glow and dimple suddenly, And fun and tenderness and sparkle seem

To irradiate the lines once dull and blind, While the white slender fingers reach and cling With quick imploring gestures, questioning

The mysteries and the meanings.

Seen once, the moving and eloquent play of emotion in her face is forever unforget- able. i have not seen the like of it in any other face, and shall not, i know. one would suppose that delicate sound vibrations could not reach her save through some very favorable medium—like wood, for instance—but it is not so. once yesterday evening, while she was sitting musing in a heavily tufted chair, my secretary began to play on the orchestrelle. Helen’s face flushed and brightened on the instant, and the waves of delighted emotion began to sweep across it. Her hands were resting upon the thick and cushion-like upholstery of her chair, but they sprang into action at once, like a conduc- tor’s, and began to beat the time and follow the rhythm.