The adventures of Mark Twain, born Samuel Langhorne Clemens, certainly hold up to those of his spirited protagonists. Early on in life, he made "millions" prospecting in Nevada and then quickly lost it all. He somewhat accidentally joined the Confederate army for two weeks because he didn't pay attention to politics at the time. As we know, he became the extremely well-respected author we're familiar with, but also had years of bankruptcy even while he was successfully writing. One of those successful writings may have even been the first novel written on a typewriter.

Why is all of this trivia being thrown at you? Because Twain was born Nov. 30, 1835, and this is a celebration.

Twain was a dog lover, naming his collies "I Know," "You Know" and "Don't Know." To remember the man, it's not worth discussing facts about him that'll make you say I know, but hopefully ones you don't know ... you know?

The details of this legend are a bit murky, but, basically, Twain and Nikola Tesla knew each other from the same social club and one night Tesla invited Twain to his laboratory. According to an interview Tesla expert W. Bernard CarlsonIn did with PBS, a high frequency oscillator of Tesla's then "[shook] the poop out of Mark Twain." The author had been standing on Tesla's machine for fun and then his body was affected by the vibrations.

James O'Neill's book, Prodigal Genius: The Life of Nikola Tesla, talks about the story more fully, with commentary to the ordeal with Tesla apparently telling Twain at one point, "You have had enough Mr. Clemens. You had better come down." Twain didn't listen to his friend and stayed on the machine long enough for it to be a problem. 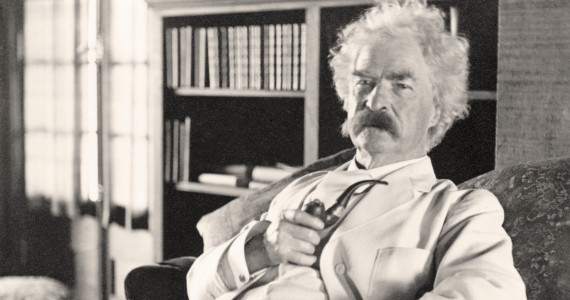 In the lecture, Twain went on to say:

Of all the various kinds of sexual intercourse, this has the least to recommend it. As an amusement it is too fleeting; as an occupation it is too wearing; as a public exhibition there is no money in it. It is unsuited to the drawing room, and in the most cultured society it has long since been banished from the social board…

So, in concluding, I say: If you must gamble away your life sexually, don’t play a Lone Hand too much. When you feel a revolutionary uprising in your system, get your Vendôme Column down some other way -- don't jerk it down.

In case you're wondering, the Vendôme Column was a memorial to a military victory by Napoleon Bonaparte. As you may have guessed, it's rather phallic in shape.

In 1871, Twain (under his name Samuel Clemens) received a patent for a garment strap that was later patent-cited as source material for the bra. The Atlantic, where Twain was also published, looked into this invention and cited Twain:

The nature of my invention consists in an adjustable and detachable elastic strap for vests, pantaloons, or other garments requiring straps as will be hereinafter more fully set forth.

Although the use for bras was not mentioned in this patent, the contemporary bra wasn't fashioned until later in the century.

Twain was pretty proud of his invention, writing in the patent, "The advantages of such an adjustable and detachable elastic strap are so obvious that they need no explanation." Clearly he knew the strap held big things in its future. 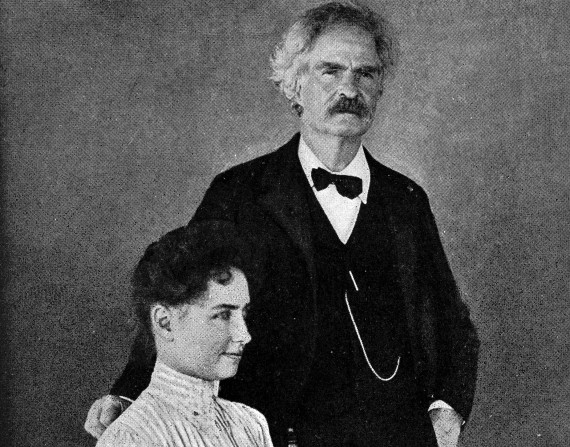 Helen Keller and Mark Twain met when she was just fourteen, the same age as Twain's own daughter. After the meeting, Twain wrote to the wife of an oil magnate, who was also helping Twain exit bankruptcy at the time, convincing the magnate to fund Keller's entire education. Both Keller and Twain remained good friends until his death.

He entered into my limited world with enthusiasm just as he might have explored Mars. Blindness was an adventure that kindled his curiosity. He treated me not as a freak, but as a handicapped woman seeking a way to circumvent extraordinary difficulties. There was something of divine apprehension in this rare naturalness towards those who differ from others in external circumstances.

Not only is it strange that Mark Twain was both born and died upon the appearances of Halley's Comet, the author also predicted the latter would happen.

I came in with Halley's Comet in 1835. It is coming again next year, and I expect to go out with it. It will be the greatest disappointment of my life if I don't go out with Halley's Comet. The Almighty has said, no doubt: 'Now here are these two unaccountable freaks; they came in together, they must go out together'.

For what it's worth, Twain actually died one day after the comet's reached perihelion; he died April 21, 1910. 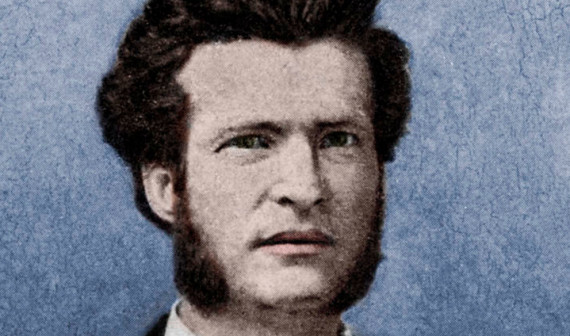 Most people know that Mark Twain is a pen name and that his real name is Samuel Clemens.

What you might not know though is that "Mark Twain" is actually a boating term that he picked up while riding on steamboats around Missouri. The "mark twain" is where the water is determined to be 12 feet above a lead and safe enough for the steamboat to sail through. This term is one of many markers for the different depths such as "mark one" for six feet above the lead and "half twain," which is 15 feet above.

Samuel Clemens eventually received his steamboat pilot license on April 9, 1859, presumably in part because he knew how to sail his boat through mark twain waters.