At first glance, photos of rapper-turned-actor Mark Wahlberg's house in Beverly Hills, were a little surprising. The rooms inside the 11,500-square-foot mansion, which has seven bedrooms and ten bathrooms, seem pretty formal and not at all where we'd imagine the leader of The Funky Bunch kicking back. Don't get us wrong, the big open kitchen with a huge peninsula and the large master bath with a massive whirlpool tub in the center are lush features, but they just don't read as "Marky Mark."

But when you take a look at the property's other amenities, you'll see why he made this his home in 2001 for $4.95 million. Just beyond the manse, you'll find a beautiful pool with waterfalls and a grotto overlooking the canyons and an outdoor basketball court worthy of Wahlberg and his entire entourage.

The space that most reminds us of him? A massive two-floor private gym that apparently is a converted airport hangar, according to Haute Living. It includes a professional boxing ring, hundreds of pieces of equipment and a state-of-the-art sound system. We're not sure why he'd ever want to leave that behind, but according to Realtor.com's listing, the estate's been on sale on and off since 2008, and it's currently listed for $12,995,000.

In honor of Mark Wahlberg's 42nd birthday today, take a look through the photos of his home, especially the aforementioned 2,500-square-foot work-out space that gifted us all with his rock hard physique. 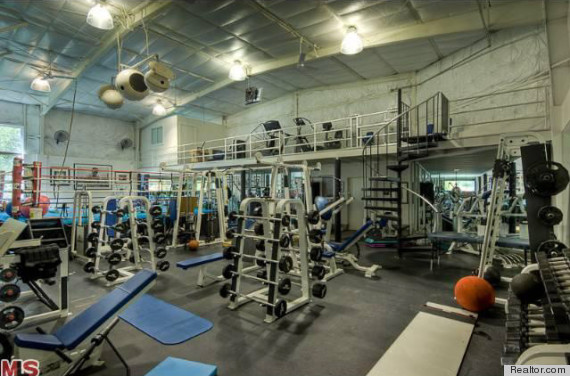 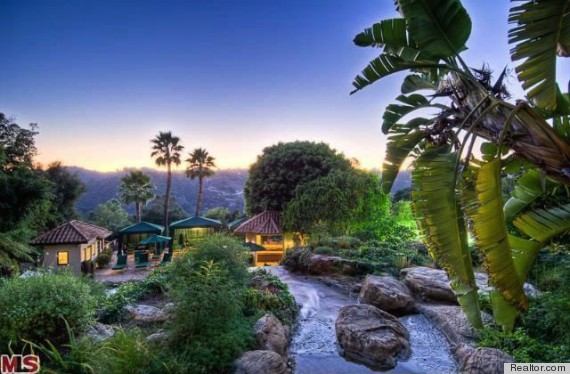 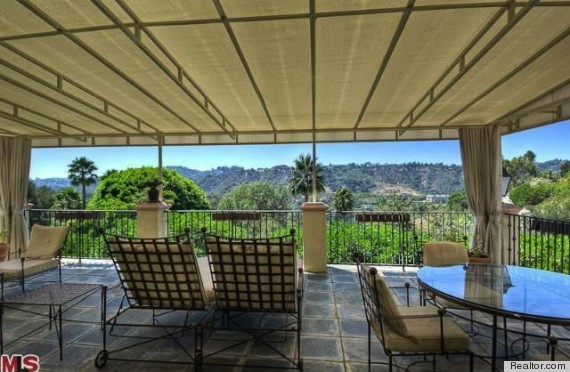