London's National Gallery is known for housing the most talented and famed artists through the years, so their upcoming homage to Venetian master Titian is, though exciting, quite predictable. However, what is utterly unexpected is the tribute by Turner prize-winning artist Mark Wallinger, simply dubbed "Diana." In the piece, museum goers fumble through a dark room, looking through peepholes to spy on naked women in a bathroom. Shocking, awkward, transgressive, thoughtful and absurd, it is a piece Renaissance art buffs can surely enjoy with their favorite creepy uncle. 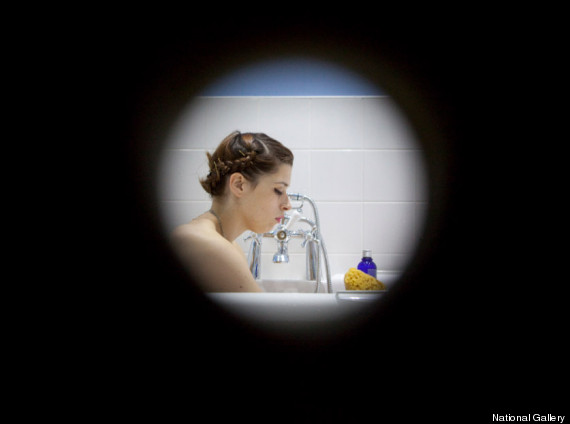 "Diana" is part of the epic exhibition "Metamorphosis: Titian 2012," in which contemporary artists respond to works by the 16th century painter, still widely regarded as unparalleled in his portrayal of movement, color and flesh. The core of the show is the long-awaited collaboration of three of Titian's most beloved works, "Diana and Actaeon, The Death of Actaeon" and "Diana and Callisto," shown together for the first time since the 18th century. 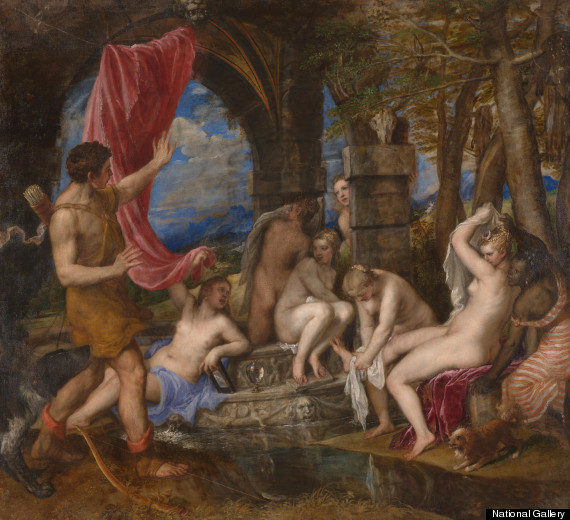 Wallinger's piece responds to the myth of Diana and Actaeon, in which the hunter Actaeon accidentally stumbles upon the pure and beautiful goddess Diana while bathing. Displeased by this uninvited voyeurism and eager for revenge, Diana turns Actaeon into a stag and he is soon eaten by his own dogs. The paintings were so risqué in the 16th century they had to be covered by a curtain in the presence of ladies, but today they would probably fail to make a child blush. That is where Wallinger comes in. 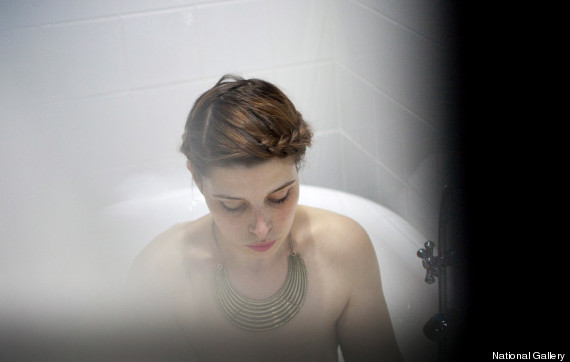 The ideas of privacy and voyeurism are revived in a contemporary setting through a live performance which makes every visitor guilty of Actaeon's voyeuristic habit. Viewers spy into a modern bathroom through cloudy keyholes or Venetian blinds, watching Diana brush her hair, get in the bath, and act "goddess-ish," the artist told the Times of India. Six women, all named Diana in real life, alternate playing the role of Diana in art, switching off every two hours. 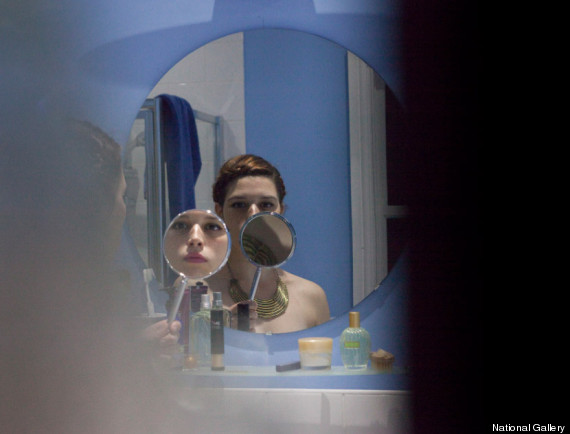 The piece envelops the viewer in a modern version of the classical myth, leaving even the most jaded museum patron affected if not traumatized. Yet beyond being a contemporary riff on Titian's theme, the work also comments on the danger of looking built into the history of the National Gallery itself. With a table of contents full of men and walls full of naked women, the establishment is as guilty of peeping as Actaeon. As Wallinger told The Guardian: "This building, after all, is all about the history of the male gaze and the female nude."

The epic exhibition also includes work from contemporary artists Chris Ofili and Conrad Shawcross, as well as other contributions from choreographers, composers, costumers, poets and more.

Is this just a high-minded excuse to see women undressed? Let us know your thoughts in the comments section below.