In social media land, there's a war waging over your photos. But like so much else in the Twinstabook sphere, what you share matters only in determining what those sites can sell.

For the past year, all the major social media services have taken part in a never-ending spree of makeovers aimed at enticing users to hand over their photos, from filters and camera apps, to photo-heavy profiles and bigger pictures. The explanation for the photo frenzy has centered around the simple fact that people like to look at pictures. So, as people share more of their snapshots, the platform becomes a stickier place.

But on an earnings call with analysts on Wednesday evening, Facebook CEO Mark Zuckerberg offered a clearer view of what’s really fueling the fight for your photos: social media sites want you to share your photos so advertisers can share theirs.

As pop-ups and banner ads demonstrate all too well, online advertisers like eye-catching, colorful, motion-filled media that jumps out at audiences. That kind of rich media would be intrusive and annoying within the Facebook News Feed (or Twitter stream or Google+ feed) -- unless users were already used to seeing photos and video from friends in their feeds. The bigger and more numerous your friends' photos, the bigger and more numerous advertisers' images can appear.

One of our product design principles is, we want the organic content to be of the same basic type as paid content. Advertisers want really rich things like big pictures and video and we haven't provided those historically.

But one of the things we've provided in the last year -- you see the organic News Feed posts moving toward bigger pictures and rich media. The success of products like Instagram is that they work because they're so immersive on a small screen. When you have those form factors for content, that gives you the ability to offer those form factors for advertisements well. It allows us to offer more engaging experiences for advertisers as well. 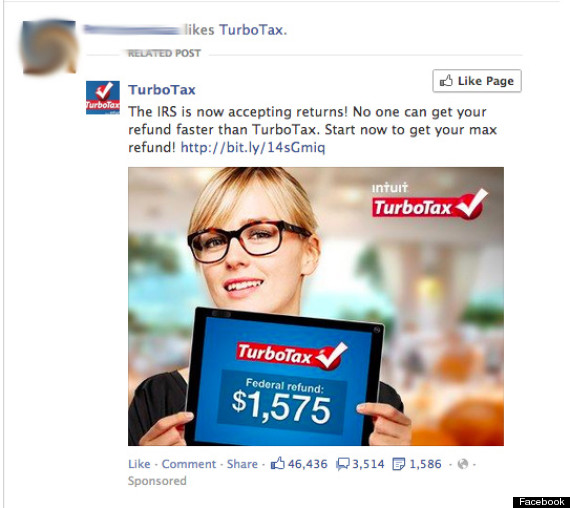 In other words, users can expect to see more photos from the likes of Coca-Cola and Walmart appearing in their feeds, particularly on mobile platforms, so long as their friends keep sharing snaps of their babies, puppies and Halloween costumes.

Our fascination with photos makes sense. Photos can be digested quicker than either text or video, tend to stand out in a sea of letters and, given their size, are easily viewed on smartphone screens. “Thou shalt share photos” could well be the first commandment of social media. According to Buddy Media, a Facebook post with a photo will earn 39 percent more interaction than the average post, and tweets that link to images see twice as much engagement as those without pictures.

Facebook's mobile users don't seem to mind the ads much, according to Zuckerberg. The Facebook CEO stressed that the social network was pleasantly surprised to see how quickly mobile users adapted to ads in the feeds on their phones, and Facebook registered only a small drop in activity. User engagement, measured in terms of “likes” and comments, increased 50 percent, and saw only a 2 percent decrease following the rollout of ads in the mobile News Feed -- or “basically no engagement hit at all,” in the words of Zuck.

Zuckerberg’s comments make explicitly clear how users end up paying for the shiny new toys that social media sites provide them to “express themselves” and “share.” Every photo, Vine or video you post makes it easier for an advertiser to slip theirs in, too.