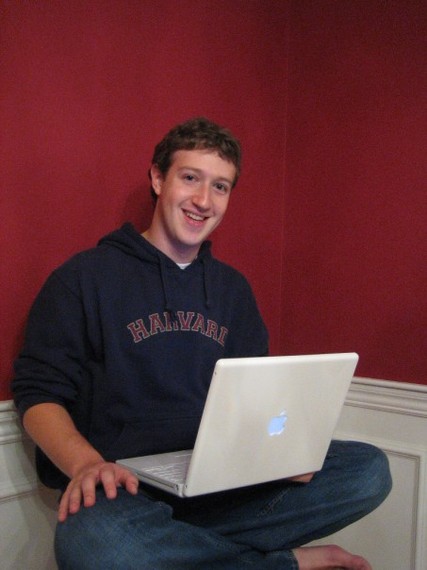 The CEO of the world's largest social media platform has announced his new year's resolution, and it involves ancient technology: 2015 is the year of the book. Mark Zuckerberg declared he is going to "read a new book every other week" throughout 2015. He has invited the whole world to join him.

The Facebook CEO crowd-sourced his new year's resolution. He chose from thousands of suggestions ranging from the bizarre to the hilarious. Gary Vaynerchuk cheerfully suggested that Zuckerberg "expand your wine palate so you can challenge your dad." Another user suggested that the Facebook CEO do one menial task per week, to which the social media titan replied, "Does walking my dog and picking up his poop count?"

Out of the thousands of suggestions, Zuckerberg chose to read a book every other week. Given his commitment to previous resolutions such as learning Mandarin and going vegetarian, expect to see Zuckerberg devouring many books throughout the year. Facebook's executive team is jumping on board as well. The company has created a page dedicated to discussing a new book every two weeks. This could very well become the largest book discussion in human history.

Mark Zuckerberg elaborated on his decision, "Books allow you to fully explore a topic and immerse yourself in a deeper way than most media today."

This is astounding for the creator of the most powerful new communications medium to acknowledge that a technology thousands of years old remains among the most relevant. He is doing a great service to the world by getting people to pay more attention to this timeless, irreplaceable medium.

"I'm looking forward to shifting more of my media diet towards reading books," the Facebook CEO announced. If only a tiny fraction of Facebook's 1.3 billion users follow Zuckerberg's lead, that will be many millions more books read in 2015. This announcement could be a renaissance for readers, authors and publishers alike.

Fittingly, the topic of Zuckerberg's first read is "how the world is shifting to give individual people more power that was traditionally only held by large governments, militaries and other organizations."

Facebook's reading project may already be the most powerful force in publishing since Oprah's Book Club. The rush to join in this project is so massive that less than 24 hours after Mark Zuckerberg's announcement, Amazon is showing the paperback out of stock. Fortunately for those who want to participate in the reading group, The End of Power is also published in electronic form.

As fast as the world is changing, it's comforting to know that some things remain important and influential year after year. Books have existed for thousands of years, yet some people have argued that they are no longer relevant. The fact remains that Vine videos, Facebook posts, and tweets simply cannot convey the depth and significance of a book.

Mark Zuckerberg's global reading project, and his personal commitent to reading, prove the book is as important today as ever. New media has its place, and so does old.