Michael Pachter, an analyst for Wedbush Securities, doesn't like Mark Zuckerberg in a hoodie.

When asked on Bloomberg how he sees Zuckerberg as a risk, Patcher responded, "Mark and his signature hoodie? I mean, he's actually showing investors he doesn't care that much, he's going to be him, and he's gonna do what he's always done, and I think that's a mark of immaturity."

Though it isn't as if Zuckerberg's entire wardrobe consists of blue or black hoodies. He wore jeans and a tie when he met United States President Barack Obama. He even managed to pull together a full suit for last year's Tech Titans dinner at the White House and when he met former French President Nicolas Sarkozy.

Poorly dressed or not, no matter what opinion may be held of Zuckerberg's style, Pachter still had some praise for the young CEO.

Patcher, when asked if Zukerberg could also be Facebook's biggest asset as well as its biggest risk, replied "He most certainly is a genius, and he really has done something that no one else can do."

But he continued, "I'm not sure he's the right guy to run a corporation and have to answer to shareholders. If he does that well, then the stock is going to work fantastically well, if he doesn't its going to stall."

Does Zuckerberg care what Michael Pachter thinks about his hoodie? Doubtful. After all, the man stands to make at least $846 million when Facebook goes public. He can buy and wear as many hoodies as he likes.

What do you think of Pachter's comments on Zuckerberg's hoodie wearing ways? Is it a sign of immaturity? Should potential investors be scared away by a piece of clothing? Should Wall Street be worrying about things other than Mark Zuckerberg's hoodie? Give us a shout at @huffposttech on Twitter and we'll add your response to the slide show below. 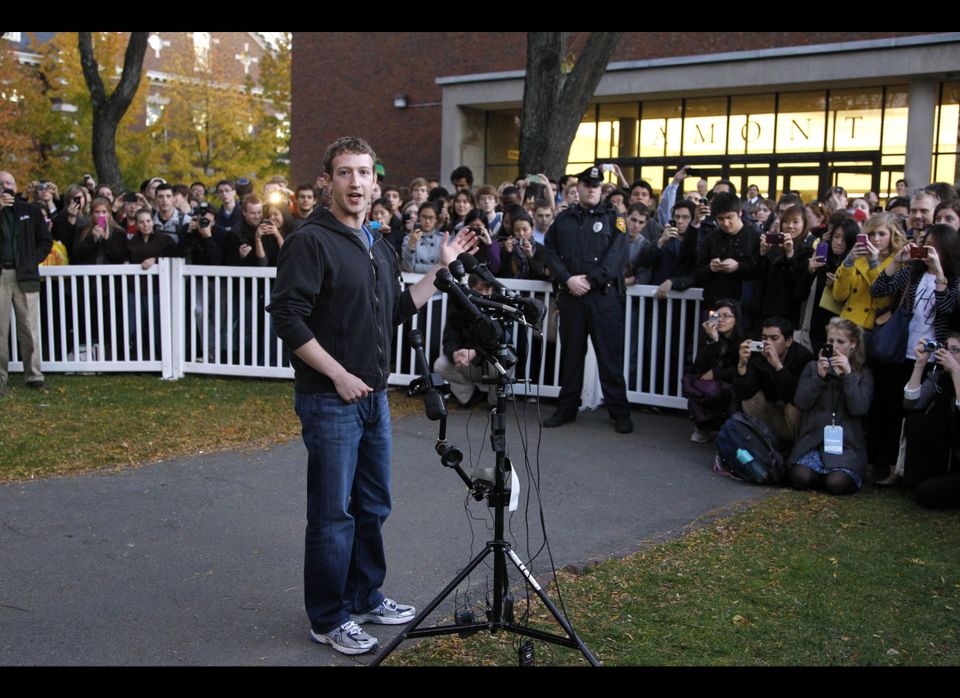