The 31-year-old Facebook CEO shared pictures of his Puli dog Beast, this past Friday, completely blending in with his surroundings. The shaggy ball of fluff is so good at camouflaging into the background, he should probably be a spy.

Seriously though-- is there actually a dog in this picture?

We just see a bunch of cleaning supplies here.

If Beast didn't decide to stick out his tongue, we'd probably never spot the pooch.

According to Beast's Facebook page, (and yes, he's a "public figure" on the social media site), his interests extend beyond being ridiculously good at hiding. He also enjoys cuddling and "herding things."

And while the recent photos definitely make us fall even more in love with Zuck's pup, Beast has stunned us in the past as a master of disguise.

For example, in this photo from 2013, he looks like a fluffy bench that is stacked on top of another fluffy bench.

And here, Beast isn't even trying to blend in. The photo looks as though someone threw a rug in the air.

Who knew a living, breathing mop could be so darn cute?!

PHOTO GALLERY
7 Things You Need To Know About Facebook Timeline 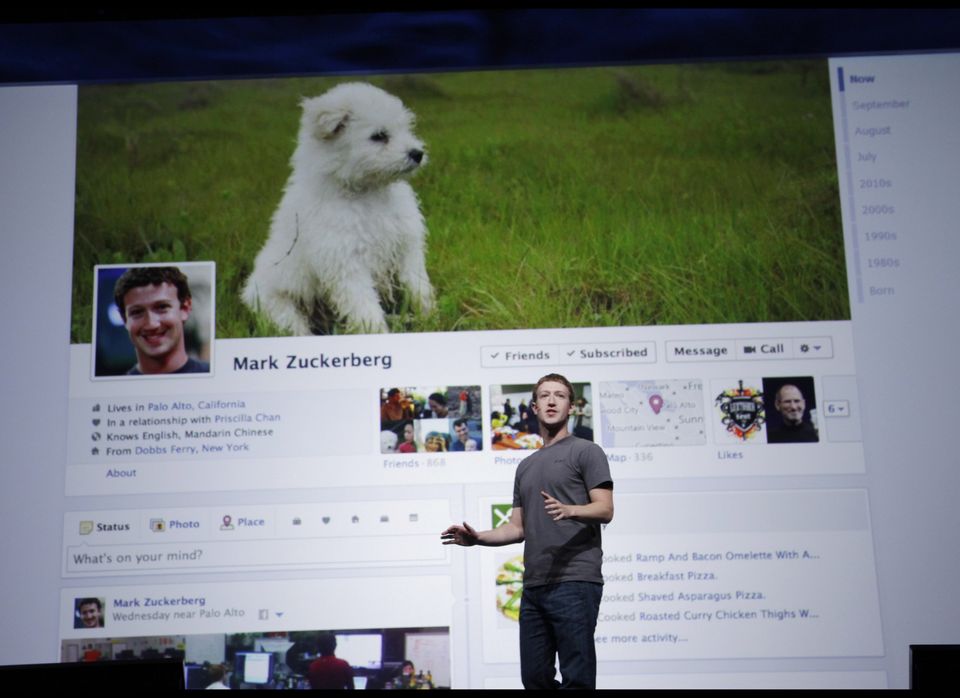 1 / 7
New 'Cover' Photo
While past iterations of the Facebook profile have featured a customizable photo that sat near the upper left of the page, users can now top their profile with a large "Cover" photo that stretches across the user's Timeline. This will be in addition to the Profile Picture, which will act as an avatar of sorts for News Feed updates and posting on others' walls.
AP