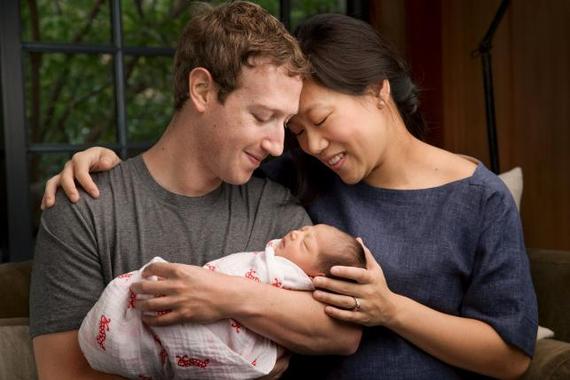 Mark Zuckerberg stunned the world yesterday. Not with the announcement of a baby girl. Everybody knew that was coming. It was an accompanying letter outlining his and his wife Priscilla's plan to donate 99 percent of Facebook stock (valued now at $45 billion) to a foundation.

The foundation will address global issues like disease, poverty and lack of educational access around the world. If Zuckerberg's success with Facebook is an indication, his and Priscilla's giving will improve the world.

As a rabbi, what truly inspires me is not the amount. It is the way Zuckerberg is following a 4000-year-old Jewish tradition. Tzedakah--the Hebrew word meaning both "charity" and "justice"--is a core Jewish value, as important as prayer and study. The notion of tithing (giving 10 percent of our income) comes out of the Hebrew Bible, as does the idea of voluntary giving. The greatest rabbi of the Middle Ages, Moses Maimonides, wrote that a person who claims to be Jewish but does not give charity is not really Jewish. Giving is part of our DNA.
(To discover Maimonides Revolutionary 8-Levels of Charity, click here

What makes giving sacred? What makes it more than just a nice thing to do?

First, it reminds us that what we have in this life does not ultimately belong to us. "The earth and the fullness thereof" belong to God, and we are stewards of it for all of God's creation.

This perspective goes against our contemporary culture. We think if we got it, we earned it, and it's ours to do with what we please. This view may be right in legal terms, but it is not in biblical, moral terms. Sharing what we have is mandatory.

Second, giving adds meaning and happiness to our lives. A giver is really a taker, because he is taking advantage of the best opportunity to find happiness.
An eighteenth century rabbi put it thus: "'A fool gives and a wise man takes.' This refers to a person who gives tzedakah. A fool who gives tzedakah thinks that he is giving, while a wise man who gives realizes that he is taking: He is the one who will benefit most by his action." In other words, giving is a gift to the giver.

Third, giving lifts up others. We see this truth captured in the Hebrew language. The Hebrew word terumah means gift. Yet, it is also means "to lift up." A gift lifts up both the giver and the recipient. The lift is not simply in terms of social status or net worth. It lifts us up in holiness, reminding us of the interdependence of life.

At age 31 Mark Zuckerberg has implemented some of the lessons it takes people a lifetime to learn. I know this because of my experience officiating at many funerals where a person spent a lifetime acquiring, but only at the end of life did he or she see that true value and happiness is found in giving it away. As an anonymous poet once put it,