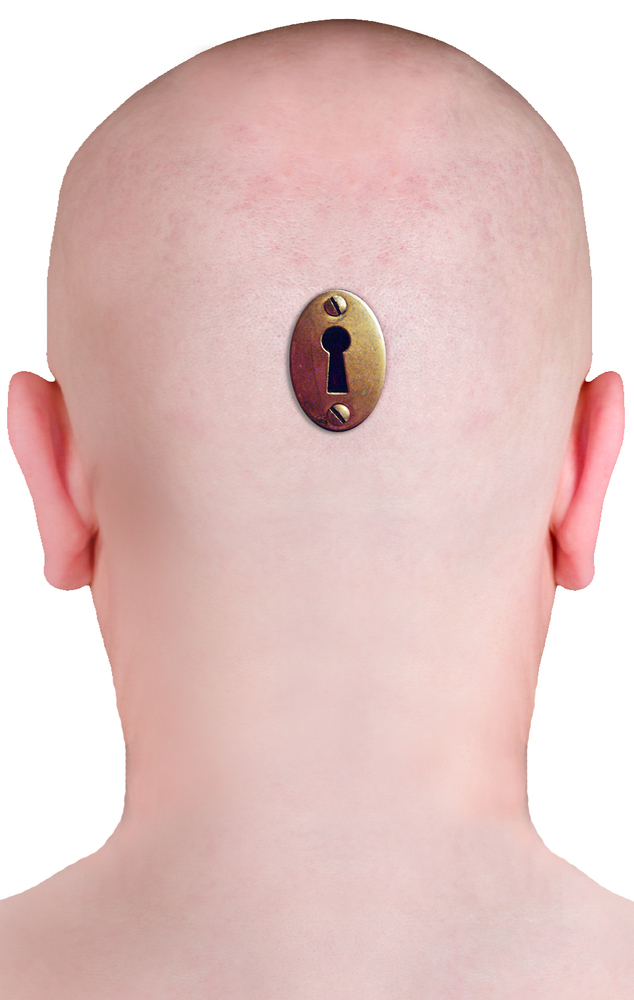 Rationality does not cut any ice with the lizard brain. You appeal to it at a deeper level, and when you do, the keys to brand success are found.

We have only just scratched the surface of our potential -- like icebergs at least 98 percent of our emotional and intellectual awareness occurs 'under the surface' in the murky depths of the subconscious mind. [1]

It would be disingenuous to dismiss this when approaching the all-encompassing practice of Marketing Research; after all, an iceberg wouldn't even reach the surface without this sturdy base below.

So why do market researchers only focus on that 2 percent rather than engaging with those core beliefs that keep that smaller percentage visible?

Here's a lesson from my graduate school days: A friend of mine, fresh from his native country and in the U.S. less than a week stumbled upon a way to earn a quick buck. He registered himself to take part in a focus group for consumers who loved to eat Mac and Cheese straight from the box.

In his native country, breakfasts are as freshly cooked as they are varied -- they didn't even sell Mac and Cheese; however for his insights into this largely unknown delicacy he received a cool $100. He even showed me the T-shirts and CDs he brought with his Mac and Cheese money.
My friend displayed the basic human characteristics that we all take for granted; those impulses that lie above the surface. We as a species, driven by a collective consciousness that elevates intelligence as a desirable quality, even in the lack of that quality, will strive to appear intelligent.

Such social performances can come in myriad forms -- artful omissions, the provision of incomplete or misleading information, outright deception, faking, lying, carefully chosen words, persistence, bullshitting, and so on.

This deceptive behavior does not have any power; it is only when someone believes in the manipulation that its power manifests itself. In an interview, Vasudevi Reddy of University of Portsmouth claims:

"Fake crying is one of the earliest forms of deception to emerge, and infants use it to get attention even though nothing was wrong."

In this case, it's a question of dignity: the infant knows the parameters in which it will be most successful. Now, think about adults; Do any of these responses sound familiar?

"Honey, you look perfect in that dress!"

"Oh, your e-mail must have ended up in my spam folder; that's why I didn't respond!"

"Your updates never show up on my Facebook newsfeed."

Both women and men consciously fabricate these face-saving stories. In one out of ten interactions, married couples lie to each other, and such made up incidents skyrocket to 80 percent in the context of spending.

Stepping back from spending for a moment: I recently eavesdropped in on a conversation on my daily train ride to work. A forty-something, suit-wearing professional was boasting to her companion about how she had hoodwinked a focus group that called for participants who were paid subscribers to Skype. Just hours before she was due to take part in the market research study, she googled everything she need to know about the survey and lied through her teeth all her way to $300 in participation money.

My question here is: What's the use in spending tons of money in carrying out elaborate market research sessions -- asking the neocortex or the rational mind, questions about irrational behaviour?

The logical side of our brain is only going to lie or act as if it were intelligent. Truth is often the first casualty of any conflict, and there is no greater conflict than that between the consumer's beliefs and their buying behavior. Don't believe me? Keep reading:

The irrational buying behavior of the average consumer was put on display during recent consumer research for an 11powerN client. Several New Yorkers were asked why they drove a SUV on the streets of Manhattan. Oddly enough, the number one response was: 'What if I chose to go off the road?' Keep in mind this is Manhattan. Manhattan. You remember: the financial and cultural nexus of the U.S.? Manhattan the island? Off-road? The more I probed, the weirder their responses got: "Oh it's because I go off-roading at weekends."

As amusing as those responses are even if consumers were downright truthful, how do they put their irrational buying behavior or the emotions they have for a product, service, or experience into words?

Today's marketers recognize a very distinct "ebb and flow" of an emotional wave influencing the consumer's choices; this recognition, however, does not extend to the identification of an emotional connection that can bridge the gap" and afford any sort of measurement of an association of that magnitude. Given the existence of this reality and its attendant limitation, one must ask: Is the expenditure of funds in extending this elaborate market research helping or hindering the marketer in understanding this emotional connection? To what end should the marketer seek to find in asking the rational mind questions about irrational behavior?

If presented with rational thought and behavior, the neocortex will have no choice but to lie -- that is, to "act out" as if it were intelligent.

Fish where fishes are.

The lizard brain is not mutually exclusive; it pervades every dimension of our lives. It doesn't shut down when we go to bed or go on vacation. Every second, it is dictating how one should act, judge, think and feel.

Theologians, philosophers, and scientists have been studying the unconscious to know why we do what we do for several centuries. Half a century ago, Ernest Dichter, the founder of motivational research, helped launch in-depth consumer interviews to explore non-rational motivations in consumers when marketers still believed in the homo economicus.

In the last decade or two, there have been a host of tools developed by social psychologists, cultural anthropologists, neuroscientists, sociologists, and economists that have given marketers a peeping hole into this lizard brain or reptilian complex.

Lizard harbors vast riches in still largely unmapped areas immersed in deep emotions, traditions, values, and culture. Marketers who see the advantage in wandering into this dimly-lit treasure trove will be richly rewarded with the keys to brand success.