Now, at last, you can see first photos of the prince and “Suits” actress Meghan Markle together in public for the first time.

The Sun snapped the couple braving the brisk British weather in beanies on Wednesday evening, as they headed for the play “The Curious Incident of the Dog at the Nighttime” at the Gielgud Theatre in London’s West End.

The 32-year-old prince and Markle, 35, appeared relaxed as they walked “hand in hand.” And they didn’t care much that someone was photographing them, according to the British tabloid.

The lovebirds even shopped for a Christmas tree together, The Sun reports.

WORLD EXCLUSIVE: Prince Harry has been photographed with Meghan Markle for the first time https://t.co/XurKUPYtxJ pic.twitter.com/D8rXXOVO4d

Markle is reportedly staying with Harry at his two-bedroom Nottingham Cottage on the grounds of Kensington Palace.

The actress flew from her home in Toronto to London on Sunday to see her prince charming. The two are also planning a getaway vacation.

They’ve reportedly been dating for about five months after meeting in May in Canada, where Harry was promoting the Invictus Games, the athletic competition he founded for injured military vets.

At first, they kept it relatively quiet, though both were spotted wearing the same blue-beaded bracelet. Markle posted a few shots of herself with the wrist bauble on Instagram.

All good things must come to an end - including this month of wanderlust and my trusty vacation hat. It's been a good run...last week of adventure! ✨✨ #travel #eatpraylove

And then there was this:

Sleep tight xx (Update: Thanks so much to those who shared the photo cred :) I didn't know, and I love it! Credit where credit is due: I'm bananas for this @percxption) 🍌👍🏽

In November, Harry warned the press to stop harassing “his girlfriend,” who’s been stalked by paparazzi, citing safety concerns. The prince was “deeply disappointed that he has not been able to protect her,” according to a statement from Kensington Palace. The statement also called out the “outright sexism and racism of social media trolls.”

This is why Harry is our favorite prince.

The First Photo Of Prince Harry With Meghan Markle Is Here, And It's Adorable
Prince Harry At The 2016 Invictus Games 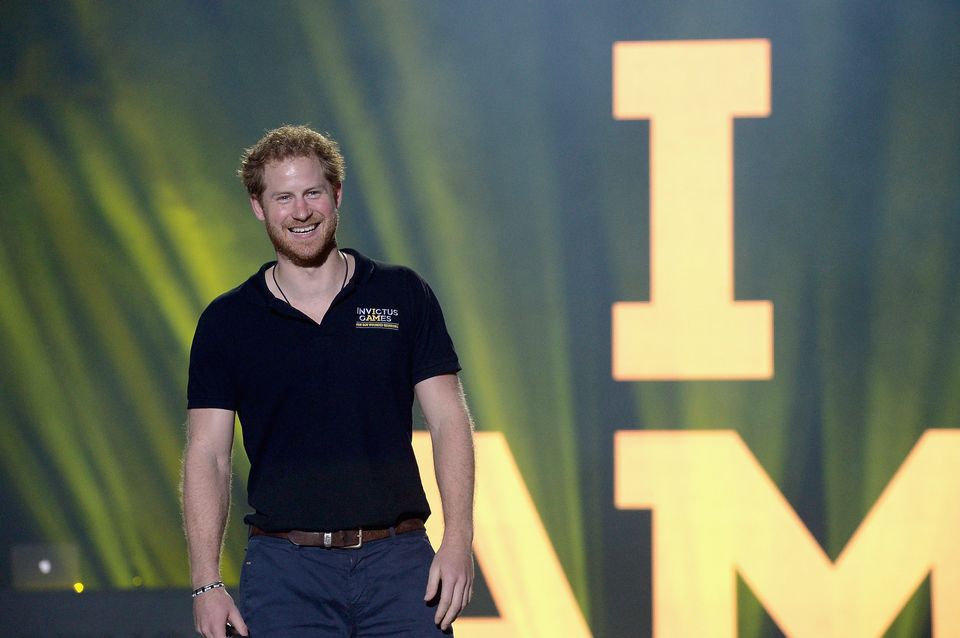 1 / 20
When he kicked off the games looking like a total babe.&nbsp;
Gustavo Caballero via Getty Images